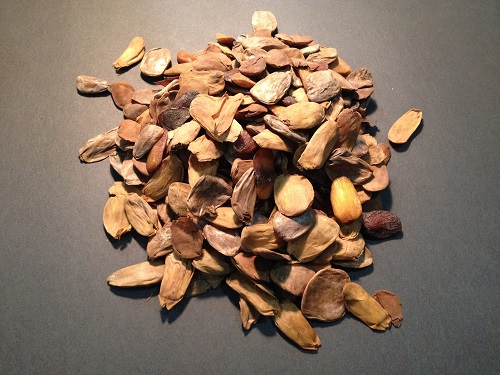 Akuamma, scientifically known as Picralima Nitida, is a tree native to the tropical regions of West Africa. They have been traditionally used for centuries to treat malaria, pneumonia, intestinal worms and health problems related to the stomach.

Akuamma seeds have also been used for their analgesic, antipyretic and anti-inflammatory properties. The seeds are also believed to deliver a feeling of euphoria, and though there might be varying opinions regarding this subject, there still seems to be a small number of people who use the substance to benefit from this particular property.

What is Akuamma and how does it work?

Akuamma is a medicinal herb that is used extensively in most parts of Africa including Ghana, Ivory, Gabon, Cabinda, Cameroon, Nigeria, Ivory Coast, Congo, Uganda, and Zaire, for its numerous therapeutic properties.

The seeds were traditionally crushed and taken orally but given their very bitter taste; they are now more commonly consumed in capsulated form. The seeds have just recently gained popularity in the field of medicine, and although studies are limited, researchers have found that the chemical composition of the substance has a resemblance with Kratom leaves.

It has been established that the seeds contain two groups of alkaloids- – akuammine and pericine. While the akuammine group is believed to interfere with opioid binding receptors, the function of the pericine group is still not known.

The primary component of the seeds is Akuammidine, which accounts for 0.56% volume of dried powder. This alkaloid is structurally similar to mitragynine (principle compound found in Kratom). It affects the opioid binding sites and acts as a skeletal muscle relaxant, local analgesic and exhibits hypotensive properties.

Akuammine is another alkaloid found in the Akuamma seeds. This compound also influences the opioid binding sites. It acts as a sympathetic system agonist and mimics the functioning of cocaine (opiate).

Pseudoakuammigine is also a constituent of Akuamma. It shows analgesic and anti-inflammatory actions.

Pericine is from another class of alkaloids, and although there is very little information about its functioning, scientists are of the belief that the chemical binds to mu opioid receptors and may sometimes be responsible for causing involuntary muscle contractions.

What’s the proper dosage of Akuamma?

For beginners, the best amount to start with is a dose below 2g. This dosage usually delivers the desired effects of the plant. Dosage higher than 2g for the first time may lead to side-effects such as nausea and vomiting.

For regular users, however, the dosage may be as high as 6-8g. At this high a dosage, the full extent of the plants analgesic properties is exhibited. It is advised to not use 6g as an initial treatment.

Instead, users should start from a small dose and then slowly increase it to the higher doses. The effects of the seeds may appear in 25-30 minutes and are reported to last for 3-4 hours maximum.

What are the health benefits of Akuamma?

Akuamma seeds are most famous for their pain-relieving properties. People have used them to alleviate the pain that is caused by Lupus erythematosus, fibromyalgia, arthritis, and migraine. It is considered a natural and more efficient substitute for over-the-counter painkillers.

Akuamma is known for its use to treat malaria. The alkaloids akuammine and alstonine are believed to inhibit the activity of the resistant strains of Plasmodium such as Falciparum thus proving very important in the therapy of malaria.

The seeds are also known to exhibit potent action against other parasites. It is most commonly used as a treatment for ‘African sleeping sickness’ which is a highly prevalent disease in Africa caused by Trypanosoma, a parasitic protozoan.

Akuammicine is another alkaloid present in Akuamma seeds that are considered to demonstrate anti-diabetic properties. This chemical function similar to Insulin, by promoting the uptake of glucose into the cells and reducing plasma levels of glucose, thus controlling diabetes.

Can Akuamma be used to achieve a feeling of euphoria?

Euphoria is the state in which a person experiences pleasure or excitement and an intense feeling of ease, well-being and happiness. It is also associated with feelings of self-confidence, mood-lift, and relaxation.

Akuamma seeds are not well known for their euphoric properties, and while they might help relieve stress, depression, and anxiety, they are not especially famous for delivering a state of high.

The plant is usually compared to Kratom in this context, and people more often than ever end up stating that the latter is better in exhibiting the desired properties. Akuamma seeds are, however, used as relaxants and are also used by some people who are looking for the mild feeling of euphoria.

The euphoria from Akuamma – user reviews

Akuamma seeds are slowly being researched for their potential to treat various medical issues. The plant is gaining popularity for its analgesic and anxiolytic properties.

The plant’s ability to deliver a state of euphoria, however, is still debatable, with many users stating that while the substance might help calm anxiety and restlessness, it is unable to exhibit mood-lifting properties.

When questioned on Reddit, users commented that the plant was effective for pain relief, but was unable to deliver other effects. They believed that in comparison to Kratom, Akuamma tasted worse and wasn’t able to present the same effects. They commented that they were used to the energy boost that accompanied Kratom, while Akuamma was unable to exhibit any such property. They, however, did agree that the seeds were cheaper and were used in comparably lower dosages which made them more cost-effective.

One user commented ‘It sure has some nice sedation going on at around 3g and maybe even a little euphoric feeling, but that may have been placebo’. This suggests that the sense of feeling euphoria is related more to the reputation of the drug than to its components.

Another user argued that the alkaloid profile of the seeds indicate that the plant can deliver some degree of euphoria. He continued by stating that sometimes it just takes a few tries before the mind recognizes the social effects with new herbs.

Another user seconded this point by saying that it took him a few tries to find a Kratom dosage that gave a excellent euphoria and this could very likely be the case with Akuamma too.

One user commented that about 10 minutes after consumption, he felt a slightly groggy euphoria kick in, which was, however, not as stimulating as that caused by Kratom use.

Another user while stating his experience with the seeds said that the substance gave him energy, not necessarily euphoria, but something that helped him get stuff done.

One individual summarized his observations by saying that Akuamma was pretty good for pain and gave a little bit of a high, but it didn’t offer the same mood lift or energy that Kratom did.

While some users were generous enough to compare the substance to codeine, a consumer pointed that there was little to no euphoria to this stuff and that any comparisons to codeine (opiate) or even low dosage oxy (5mg) were misplaced since the seeds were not able to offer any mood lift.

It may be concluded that while the plant has many other beneficial properties, producing the feeling of euphoria is not one of them. It must be noted though, that this conclusion is based more on users experience than it is on any scientific data.

How To Take Akuamma Seeds & Its Correct Dosage? 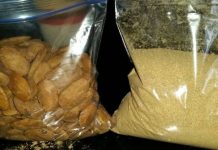 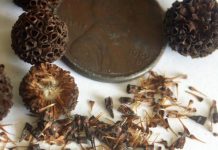 Akuamma Seeds Vs. Kratom – Which One Is Most Powerful? 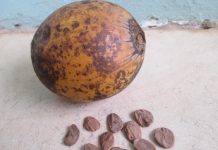 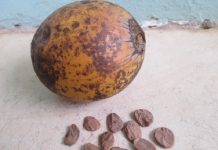