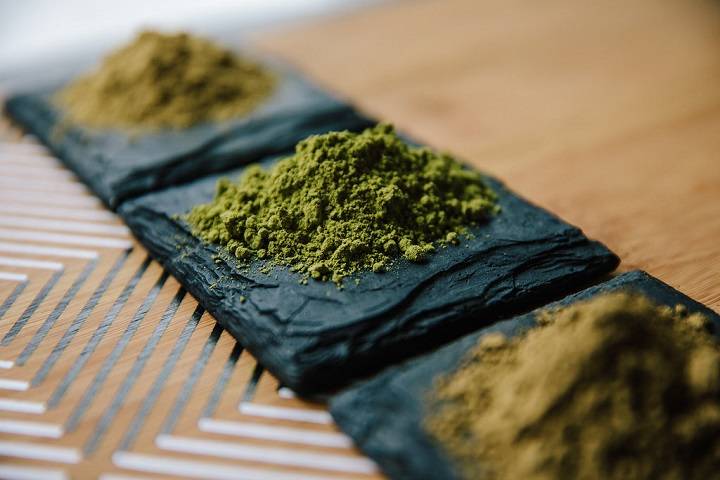 There are some different Kratom strains all with varying effects. When buying Kratom, many people who are new to this industry feel unsure as to which strain is the best. With the availability of so many different types of Kratom, online and in stores, it becomes difficult to form a decision.

This article concerns two of the main Kratom strains; White vein and green vein, their similarities, differences and their effects on the functioning of the human body.

What Are The Different Strains of Kratom? 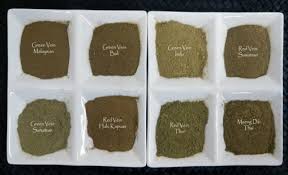 Kratom is classified according to either the color of the leaves or the area where the strain has been cultivated.

They are highly regarded for their pain-relieving properties. White strain acts as a stimulant to boost energy and concentration, while green strains produce stimulant, euphoric effects.

Many Kratom strains are classified by region, but the most renowned ones are; Indo (from Indonesia), Thai (from Thailand) and Malay (from Malaysia). Indo Kratom is famous for its relaxing and mood-boosting effects, though it is not as stimulating as the other strains.

The Kratom breed of Thailand, on the other hand, has a great active capability of generating energy and vigor by its highly rich and exceptionally potent profile of Alkaloids.

Malaysian Kratom is known to be one of the most balanced strains on the market today as it is believed to produce a distinctively smooth experience.

Apart from these primary strains, some strains are neither classified by their country of origin nor by the color of their veins. These strains include Maeng Da, which is described as the strongest Kratom strain.

Bentuangie and Yellow/Gold strains are also among such strains and are categorized by their processing methods. They have a higher content of certain alkaloids and are considered more potent.

What Is The White Vein Kratom? 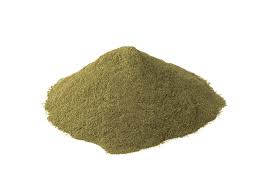 The effects of this variety of Kratom are unique in comparison to other vein types.

White vein Kratom is believed to have a proportionally higher amount of mitragynine, and a lower amount of 7-hydroxymitragynine than which is found in other Kratom strains.

Because of this property, the strain can deliver better stimulating and energy boosting effects.

Many people have replaced Caffeine and other stimulating drugs with White vein Kratom because of its greater efficiency and ‘cleaner’ effects. The strain is available in different forms such as;

This is a rarer strain than others and is highly sought after due to its long-lasting pain relief and dissociative qualities.

Grown in Thailand, It contains a potent blend of alkaloids and has possibly the most stimulating results among the white strains. It is considered to give the biggest energy and euphoria boost of the whites.

While White veined strains may have lower pain-relieving properties, this strain can deliver significantly higher analgesic properties. It is, however, a little more subdued than White Vein Thai in its stimulating properties.

Created by taking a 90% pure alkaloid extraction from white vein Kratom and mixing it with White vein leaf, the strain serves the purpose of greater potency and effectiveness.

What Is The Green Vein Kratom? 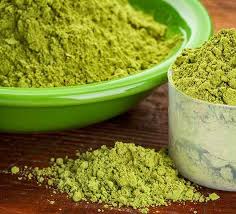 It is known to provide moderate power enhancing effects that help users gain strength without feeling any symptoms of fatigue.

It is considered the best strain for individuals who suffer from stress and anxiety. It has also been proven that this strain enhances focus and improves concentration.

Overall, the strain provides its users with modest and neutrally pleasing effects. The substance comes in the following forms;

Green Malaysian, also called Super Green Malay, is the most notable of the Green veins. It offers a variety of effects such as energy, patience, pain relief, anxiety relief and increased focus.

These effects are believed to last longer than other strains. Green vein Malaysian varieties, when taken at low dosages, are the best for achieving nootropic effects.

Green Indo, like other green strains, balances pain relief and energy boosting qualities but is milder in its attributes.

This strain of Kratom comes from the island of Kalimantan or Borneo, and it delivers a full spectrum of Kratom effects, typical of Kratom with high mitragynine content.

What Are The Differences and Similarities Between The White and Green Strains of Kratom?

Studies concerning the Kratom plant are in their initial stages, and data regarding the substance is either very limited or usually not standing on scientific grounds.

It is, therefore, difficult to comment on the properties of Kratom, let alone its different strains. We, however, do have information that users have shared regarding their experience in consuming the different types of Kratom.

The greatest feature that differentiates the two strains is the color of the vein that passes in the middle of the leaf. For the White strain, as the name suggests, the vein is white, while for the green strain, it is green.

This difference in color also helps us to distinguish Kratom powder, with each strain having its distinctive color. The chemical composition is mostly the same, but some researchers have stated that the white strain has a comparatively higher amount of mitragynine and a lower amount of 7-hydroxymitragynine.

This attributes to the White strain having more stimulating properties in contrast to the Green strain that is unable to deliver the same amount of energy.

Users of Kratom, when questioned on Reddit, confirmed that while White vein Kratom is more stimulating/uplifting, the Green strain is balanced, meaning it can be both, uplifting as well or more relaxing.

Some commented that compared to the green strain, White Kratom is so energetic that taking too much might be uncomfortable.

Others argued that despite the greater energy boosting properties of the White strain, it was unable to deliver the sedative effects that the Green strain did.

They also stated that Green veined Kratom was able to provide greater feelings of euphoria compared to the White strain.

Both White and Green-veined Kratom can be used to achieve the typical properties of the Kratom plant.

They can be used for their analgesic, anxiolytic, aphrodisiac and anti-inflammatory characteristics.

They can be used by patients suffering from stress, depression, trauma, cramps, mood swings and mental fatigue.

Both the Strains, although at different levels, can act as energy boosters. Both the strains are believed to improve the immune system, raise motivation levels, increase confidence and aid opiate users in combating withdrawal symptoms.

The effects of the white vein and green vein Kratom may vary in users, depending on their personal preferences, brain chemistry, and body sensitivity. It is therefore suggested that users try both the strains before settling on to one of it.

The only thing, however, that is assured is that White vein Kratom is the best strain for individuals who are searching for energy boosting properties, while the Green strain should be sought by people who are looking for a diverse range of effects.