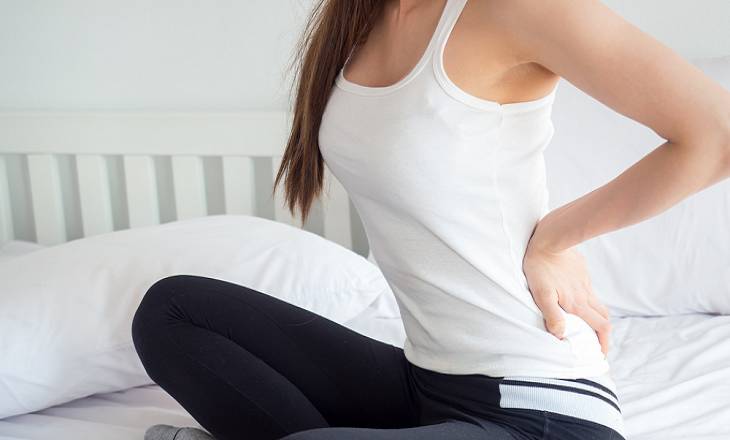 Kratom is a South East Asian plant related to coffee that has become more and more popular as a natural supplement. There are many possible reasons someone might want to supplement with kratom leaf powder.

Depending on the strain and vein color, kratom may be helpful for boosting mood and immune system, sleep and anxiety issues, as an energy boost or coffee replacement and other issues, but one of the most popular reasons for supplementing with kratom has to do with its effectiveness as a natural pain reliever.

Kratom is a very versatile plant due to the fact that there are actually around seventy alkaloids that are responsible for its action apart from the two main active compounds of mitragynine and 7-hydroxy-mitragynine.

Depending on what color the veins are and what region the kratom was grown in as well as the growing and drying conditions, kratom may have different effects.

One question that many people utilizing kratom or considering using it may be very interested in learning about is what are the best kratom strains. There’s no one real answer to this question that’s necessarily right for everyone.

Before we even get into the three top kratom strains for pain management, it’s important to understand that the strain (what region the kratom comes from) is only one part of the equation as far as determining what effects a certain variety of kratom leaf powder may have.

One of the first ways to differentiate kratom, apart from the strain or region is what color the veins are. The two main things that affect the alkaloidal differences that determine the effects are the vein color and region or strain.

As for colors, the most common are red, green and white, but there are also yellow, gold, brown and black.

These compounds are two of the key ingredients in kratom and the alkaloids that are mostly responsible for the pain-killing qualities of the leaf. Mitragynine and 7-hydroxy-mitragynine are mu and delta opioid agonists.

Though kratom is not an opiate nor synthetic opioid it does have some opiate receptor binding affinity, just like coffee and dairy products do. In the case of red veined kratom, it has been used to wean off of opiate or opioid drugs or as a replacement for dangerous and addictive pain medicine for certain people who deal with chronic pain.

White veined kratom is the most stimulating of the kratom leaf varieties and often chosen for energy or mood, as a result. Green vein kratom is a balanced blend that isn’t as an analgesic or sedating as the red nor as energizing as the white vein.

Green veined kratoms often have the most antioxidant potential as well. The so-called yellow, gold, brown and black kratom strains are not named for the vein color but refer to the drying or curing process which affects the quality of the kratom.

Often people like to try a blend of vein colors and kratom strains to get the best results. For instance, if you’re taking highly sedating red kratom strains, you might want to add some green or white veined leaf material so it doesn’t make you too drowsy if you have things to do in the day.

Apart from vein color, there are two varieties of leaves. Horned leaf and regular leaf differ in that the horned leaf often is more energizing than a plain leaf. Horned leaf is named so because of the points on the leaf that resemble an animal’s horn.

The strain of a plant is generally related to the region that particular variety of kratom is grown. As we mentioned before, slight variations in the concentrations of the active alkaloids make all the difference in how kratom will affect someone so the regional differences make as big a difference as the vein colors.

Technically, two leaves from the same bush may have slight differences, but for the most part region of growth and the vein color will help you determine about what you should expect.

Freshness, manner of harvesting, storage conditions and even how fine the dried kratom leaf powder is ground also have an effect, but as far as kratom strains go, the main factors that make up the difference here have to do with nutrient content of the soil, humidity and rain in the area it is grown, the amount of light (or shade) the plant receives as well as genetic differences that arise from years adapting to the specific area in which they’re grown.

Kratom grows all through the South East of Asia. The alkaloidal makeup depends on the climate and soil differences which in turn affect the genotype of the plant. Kratom coming from Malaysia is often referred to as Malay by vendors.

Kratom from Thailand is referred in shorthand as Thai, Indonesia is referred to as Indo and several regions within Indonesia have enough differences to earn their own names such as kratom that hails from Sumatra, Bali, Riau, Kalimantan, Cambodia and even Vietnam.

Maeng Da kratom is originally a Thai strain. The word “Maeng Da” actually refers to the water scorpion, a giant water bug that is one of the ingredients in “nam prik” in Thai food.

The reason it’s called Maeng Da, however, has to do with the fact that Maeng Da is also a slang word that refers to a “pimp.” Technically, a loose translation of Maeng Da would be “pimp’s grade” kratom.

It is a somewhat stimulating strain that many find to be mood lifting and energizing that also has some of the highest alkaloidal content of all kratom strains.

Maeng Da kratom is technically considered a hybrid of red and white veined horn leaf kratom from Thailand. Legend has it that it originated in the first legal kratom plantation known simply as “The Plantation.” True Maeng Da is culled from a natural hybrid of old growth kratom trees with the spiky “horned leaves” that are a mixture of green and red.

Some of the most potent kratom leaf material comes from Indonesia. Borneo blend is a favorite amongst those who appreciate kratom’s pain killing properties. Kratom from the Borneo region in Indonesia is generally somewhat sedating and highly analgesic.

If you’re looking for a super strong red vein, you could do worse than to check out Bali region. Bali kratom is some of the most sedating and analgesic kratom strains but it’s also one of the shortest lasting.

Unlike the Maeng Da which is often a “premium” strain, Bali is widespread and available meaning it is often more affordable than a premium Maeng Da.

Bali is a great choice for a potent, relaxing and sedating strain, but it might be helpful to blend it with a longer lasting strain like Malaysian due to it’s shorter duration than some other vein colors.

Blending is actually another great choice for enhancing the effects of kratom in general. If you find the Maeng Da too stimulating, adding some Red Bali or Red Borneo may help.

On the other hand, if you find the Bali or Borneo too sedating, you might want to add a bit of the Maeng Da to balance that effect out. Blending kratom also sometimes results in a greater number of total alkaloids which may enhance the potency and effects of the leaf powder.

If you ask a dozen kratom users what their favorite strain for energy, pain, motivation or mood is, you are likely to get a dozen different answers. That said, when it comes down to it, there are certain tried and true choices that many folks rely on for specific purposes.

In the case of what kratom strain is best for pain, a large number of kratom users would agree on the red vein, in general, is best for pain management and as far as region or strain goes Maeng Da, Bali and Borneo are three of the most effective analgesic kratom strains.