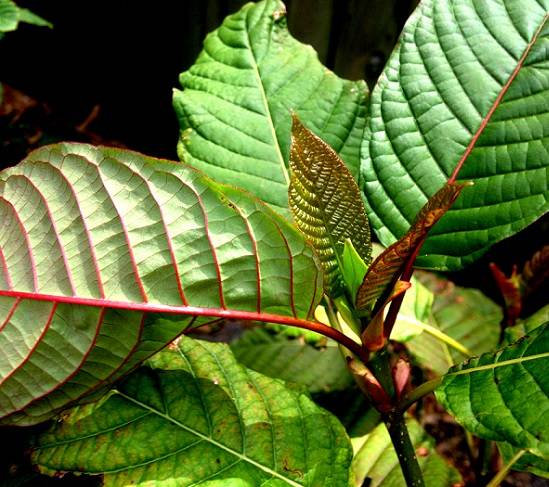 The selection of a particular strain of red veined Kratom might be confusing as different strains have different potency and effects.

Certain factors like the origin of a red strain of Kratom as well as the type and amount of alkaloid determine its efficiency.

This article tends to provide information about the strongest red veined Kratom among all the varieties available in the market.

What is a Red Vein Kratom?

Red vein Kratom is a type of tree with a botanical name of Mitragyna speciosa. This tree is present in abundance in the Southeast Asian which produce different kinds of red vein Kratom.

This strain of Kratom is called red because of the red coloration of the central vein present in its leaves.

The stem of the tree, as well as the vein running down, is faintly colored.

This stem is mostly removed and does not play a significant role in differentiating different strains of Kratom.

One can easily spot red vein Kratom growing in knee deep water. This strain of Kratom needs an arid environment to grow efficiently and produce strong leaves with potent effects.

Red leaves of Kratom constitute the most frequently harvested veins all over the world.

Red leaves of Kratom are precisely known for their soothing effects on the body of the users.

However, this does not indicate that all types of red Kratom possess these effects. Some of the strains are relatively more stimulating than others while some are known for providing the user with some peace of mind.

Some of the most common effects caused by administration of a red Kratom strain include:

Red vein Kratom has different kinds based on the location where the species grows.

Some are harvested from Malaysia while other strains grow in Indonesia, Borneo, and Thailand.

It is important to know about the varieties of all the red vein strains of Kratom because they possess different properties.

Some of the most common types of red vein Kratom are as follows:

Which is the strongest Red Vein Kratom?

The effects of all the red vein varieties are quite similar; however, they do differ regarding the strength of these results. By potency, Red Bali Kratom and Red Borneo Kratom are considered as the strongest of all the red varieties.

Red leaves of Kratom found in Bali serve as the staple have been serving as a staple type for many years. This is due to their characteristic “Bali-eque” properties.

Red Bali Kratom grows quickly, and its leaves are darker in color as compared to the other strains.

Its potency is somewhat predictable throughout different seasons.

This type of red vein Kratom is an excellent choice for those who are just beginning to use Kratom for the first time.

What does Red Bali Kratom do?

The effects of Red Bali Kratom are numerous and quite high. Some of them are mentioned below:

This serves as the hallmark of all the effects provided by Red Bali Kratom. It is popular all over the world as a guaranteed remedy for getting rid of all kinds of chronic pains.

Users who frequently consume Red Bali Kratom report about its efficacy of relaxing the body as a whole. In addition to the body, the brain is also relaxed providing relief from all kinds of stresses. It is also a great solution for people suffering from anxiety.

One of the most useful properties of Red Bali Kratom is its effects on the mood of a person. It not only stimulates the brain to cause euphoria but also works to relieve all kinds of stresses. This consequently elevates the mood of the user.

Red Bali Kratom is highly sedative. This property is beneficial for users who are suffering from sleep disorders, such as insomnia. By providing sound sleep to a person, it works to improve the overall quality of life.

Up to 25 different types of alkaloids are present in Red Bali Kratom which might also exceed 30. The primary alkaloid is 7-Hydroxymitragynine while others include

It is important to choose the right amount of Red Bali Kratom to get the most out of it and avoid side effects. Dosage usually differs from person to person; therefore, it is better to start with a lower dose. A scale for different dosages regarding red Bali Kratom is tabulated below:

It is not wise to increase the dose any more than 6 grams as various side effects might accompany.

Red Borneo Kratom is an attractive and a powerful strain of Kratom. It grows in Borneo which is among one of the largest populated islands of the world. The alkaloid profile is stronger in mature leaves of red Borneo as compared to the young ones.

Red Borneo Kratom has a characteristic pungent smell which makes it discernible among all other kinds of Kratom. It is a perfect strain for new Kratom users with effects lasting from 4 to 6 hours on average.

What does Red Borneo Kratom do?

Red Borneo Kratom leads to some extremely pleasurable outcomes in users. It produces a feeling of relaxation and is not a stimulating type of Kratom. Effects produced by Red Borneo Kratom include:

Red Borneo is famous for relaxing the body and providing the user peace of mind. It does not consist of high sedating properties. Hence, red Borneo is best for people who want to relax without falling asleep. By relaxing the body, it relieves people of hypertension and fatigue.

Red Borneo is capable of controlling anxiety in people. Consequently, there is a control on the stress induced by anxious thoughts in users. Red Borneo even replaces other harsh drugs for getting rid of anxiety without experiencing any side effects.

Because it has a relaxing effect on the body, red Borneo can also cause a boost in the mood. Science says that it reacts with dopamine present inside the body to produce euphoric feelings. It also promotes positive feelings about the wellbeing of the user. It can treat depression as well.

Following are the alkaloids found in Red Borneo Kratom in abundance:

Red Borneo Kratom should be taken in the minimum possible dose in the beginning. A high dose is only suitable for people who have been using Kratom for a long time. Following is a guide to the actual usage of red Borneo Kratom regarding dosage. 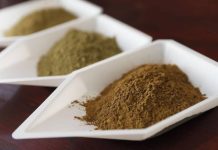