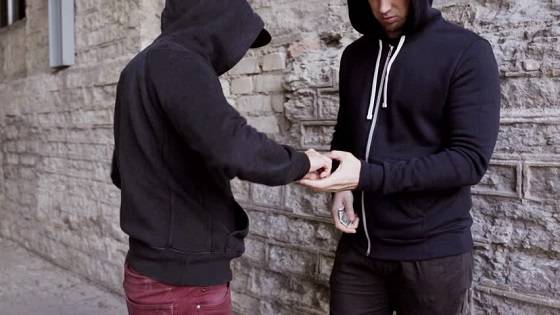 50 feet tall Southeast Asian plant Kratom (Mitragyna speciosa), is a tropical tree popular for its stimulant effects. It belongs to the same family as coffee (Rubiaceae) but has a higher therapeutic and medicinal value.

Kratom is native to Thailand, Myanmar, Malaysia, and other Southeast Asian regions and has been used since decades by locals. Farmers and laborers have been using this drug as a herbal stimulant for efficient productivity, a high yielding work as well as a muscle reliever.

The Food and Drug Administration (FDA) the U.S discourages users to consume Kratom due to its opiate effects similar to morphine that lead to a risk of abuse and dependence. Its use by people over 18-21 years is legal in some states and banned in others. It is encouraged that you look for its status in your region before using Kratom to avoid any trouble.

Over hundreds of years, with its increasing popularity and demand, advocates of Kratom have fashioned some nicknames for it, just like pot users have. The pot being one of them, weed, dope, 420, nuggets are a few more for marijuana. These street names make communication among the users, casual and unnoticed by others unconcerned. These names vary sometimes by geographical location and at other times by communities and age groups.

Here’s a list of street names of Kratom commonly referred by its users. It can be subject to change or evolution with time but currently, the following names are employed.

Kratom is consumed and used in different ways as well as for various purposes in different areas. Likewise, it is referred to with a variety of names in separate geographical locations.

In Malaysia and Thailand, locals use Kratom leaves in the form of a tea or chew and smoke them particularly for its stimulating effects and euphoria. It is also used in Malaysia as an anti-diarrheal agent, antipyretic (fever fighting) and analgesic.

Kratom’s geographical names in Malaysia are:

Kratom’s geographical names in Thailand are:

In Indonesia, Kratom is widely known by the names Kadamba and Puri whereas in Vietnam it is recognized as Giam d[ef]p and Giam l[as] nh[or]. Kratom also extends its influence in the Philippines where it is known as mambog.

Unlike marijuana, Kratom does not have many cultural names. However, it has not allowed any other substance to break the records and Maeng Da Kratom is culturally known as pimp.

Its powerful effects as an analgesic, stimulating agent, etc. have enabled Kratom to become highly popular among people, so much so that more and more users are at risk of its dependence. At low doses, kratom is said to boost energy and makes the user alert. At high doses, it causes euphoria, sedation and diminished sensations.

Alkaloids present in Kratom such as mitragynine and 7-hydroxymitragynine are known to produce pain relief, muscle relaxation, anti-tussive (reducing cough), etc. Its strong effects make it greatly acceptable among people especially laborers who use it for high productivity.

Others yield therapeutic benefits from kratom, by applying it on wounds as a pain killer or even take it as a tea. Although kratom has been legalized in some states probably due to public demand, FDA has, however, not regulated its use and has raised serious concerns for its safety.

Signs and Symptoms Of Kratom Use

Although the effects of kratom are not fully understood, it is considered to be potentially addictive. This is particularly so when it is consumed in large amounts or in combination with other drugs. This worries parents and guardians alike, as for how to spot a teenager who has resorted to regular kratom use that has rendered him addicted.

The signs of kratom use depend upon its dosage. Someone taking low doses can be spotted to have

According to the European monitoring centre for drugs and drug addiction, kratom produces a stimulant effect similar to cocaine whereas high doses produce morphine-like sedative as well as narcotic results.

Since the use of kratom causes addiction and dependence or not is not fully known, people are highly apprehensive for their loved ones. Many of the signs of addiction are similar to other addictive drugs. These include

Being addicted or dependent on kratom means that skipping their usual dose or even reducing it would lead to withdrawal symptoms.

The Drug Enforcement Administration U.S has labeled kratom as the ‘drug of concern’. According to the New York Times, the use of kratom as a cure for withdrawal of heroin or opioids can be a misguided attempt, as kratom itself fills the opioid receptors and brings about similar effects which can be misleading to be effective. However, this approach can actually be dangerous.

Although kratom withdrawal generally depends upon the tolerance level and genetic makeup of the user, according to the estimate by the European Monitoring Centre for Drugs and Drug Addiction (EMCDDA), withdrawal symptoms for severe dependence might last for about a week.