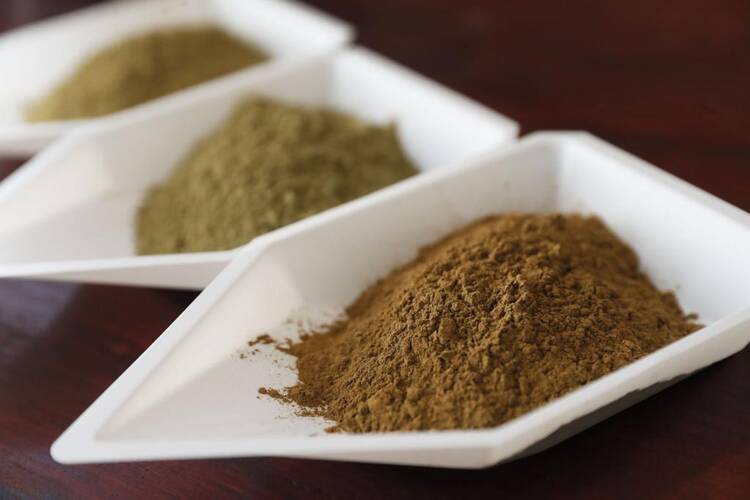 Snorting kratom powder is the new in. But is it even worth trying? What are the benefits and the side effects? Let’s take a deep dig at the trend.

Kratom is fast gaining prominence in the West. What was once a relatively nascent concept, “Kratom for the Mind, Body, and Soul“, is now on a strong growth path. People are using it as a source of important nutritional supplements right, left, and center in all sorts of creative ways. Now and then, the industry landscape keeps on evolving, and an array of innovative consumption methods keep on coming into the limelight.

In such circumstances, there is an unusual new craze hitting the scene. In an attempt to get high without breaking any laws, revelers have turned to snort kratom powder. This leaves newbies and conscious consumers wondering if the practice is even safe?

Before you choose to rely on your friend’s experience, isn’t it better to educate yourself with the facts and figures? However, with so much information floating around the web, it is difficult to discern the right from the wrong, what’s accurate and what’s an exaggeration?

So, following, we have compiled a detailed guide covering all that you need to know about snorting Kratom powders.

What is the meaning of Snorting?

Snorting, otherwise known as the nasal administration of drugs, involves the practice of sniffing or insufflating any powdered substance, whether recreational or prescription, through the nose. This can be tropical or systematic administration intended to render a purely local or systemic effect.

Snorting is a popular alternative to oral administration. The substance is either in powdered form or tablets and capsules finely ground and then sniffed for immediate impact.

How Do We Snort Kratom Powder?

2. Grinding or chopping it (if in tablet form)

3. Dividing into lines and then inhaling it into the nasal passage via a straw or rolling in a paper.

How Does Snorting Kratom Work?

Snorting works very differently than oral ingestion. The inside of our nose is lined with a nasal membrane surrounded by several blood vessels. While sniffing Kratom powder, the membrane absorbs it and allows it to enter the vessels. These blood vessels act as carriers transferring the alkaloid to the heart and the brain directly where it interacts with the opioid and mu-opioid receptors, as highlighted by a recent 2020 Research. Therefore, skipping the digestive tract ultimately prompts a faster onset of impact and high feelings.

Do you know the nose is not only the most important but also one of the most complex organs of the body?

Our nose can distinguish between 1 Trillion (yes 1 with 12 zeros) different kinds of pleasant scents and unpleasant odours. Thanks to the 400 distinct receptors that are on the job. Besides, it also plays an integral role in developing the taste buds and filtering the oxygen we breathe in from dust, dirt, and other impurities.

So, next, you will naturally be questioning why on earth people snort Kratom rather than having it straight away? Well, the following reasons will quench your curiosity:

Perhaps the most enticing reason to snort anything, let alone Ketum, is because of the faster reaction with the brain. While this notion stands true for many drugs and medications, it does not apply to Kratom, which takes as little as 30 minutes to work anyway.

Another excuse people give is that snorting helps them recover from withdrawal symptoms quickly. Again there is no science backing the claim.

You must know by now that one of the major factors contributing to Kratom’s popularity lies in its ability to fight addiction. That’s because, according to a 2016 Review the alkaloids, particularly Mitragynine, activates the same pleasure and relief receptors in the brain as do these drugs, which are often consumed in the form of snorting. Hence, people trying to counter their addictive behaviour and wean themselves off these harmful drugs of abuse resort to snorting Kratom instead.

Finally, some try to (rather absurdly) reason that Speciosa is poorly absorbed orally due to its extensive degradation in the gut or liver and hence given by the nasal route.

Why Snorting Kratom is A Bad Idea?

If you think or have ever been told that snorting is a safer way to consume drugs, then you are living in a fool’s paradise. Following are the four major risks associated with the practice (or more appropriately mal-practice):

If you live under the impression that snorting Kratom is a quicker way to kick in the impact, it’s time to wake up. Contrary to popular belief, snorting Kratom neither potentiates the effect nor makes it faster.

Do you know, there lies enough scientific evidence to suggest that, unlike most drugs, Kratom is not absorbed well by the nose?

So basically, it’s like sniffing loads of powder and waiting for it to showcase the result. God knows for how long?

Trigger A Host Of Diseases in the Short-term

If you are a frequent snorter, odds are you might have experienced at least one of the following symptoms in your life:

Excessive snorting over time can damage the mucous membrane causing sores to form inside. It can no longer trap dust or humidify air due to a decreased blood flow, and bleeding will be more than usual.

There is a high chance of your sinus advancing and building up around the mucous membranes causing the internal nasal linings to swell. This can, in turn, lead to blockages, and the user will experience great difficulty in breathing. Besides, there will be prominent puffy eyes and cheeks as your facial organs too get affected.

Here comes the most annoying part: the persistent tickling sensations and itchiness in the nose and throat. Sinus infections, sores formation, and absence of humidified air all lead to terrible dryness in the internal linings causing an urge to scratch like a maniac.

As a snorter or smoker, one should gear up for this. Damage to the respiratory system makes them age faster and weaken the natural defence mechanism against infections and bacteria (or what we call the immune system). Besides, the inactive Kratom particles in the nose can cause blood clots in the lungs.

Snorting involves the upper respiratory system of the nose, nasal cavity, mouth, throat, and voice box. And thus hamper its functionality by attacking in distinct ways. So, if the user is suffering from asthma, toothache, sinus, tonsillitis, bronchitis, or any other related disease, it is most likely to worsen.

Snorting regularly adversely affects the nose without giving it time to heal. This may trigger a host of other diseases and may also hinder your breathing abilities.

Some of the long-term consequences of snorting abuse are:

Have you ever seen people with the ridge of their nose buckled? Our nasal cavity comprises several soft tissues in the upper nose, palate, and cartilaginous bridge. Excessive damage, removal, and erosion of the septum (the tissue separating your nostrils) and these issues will cause holes to form and contribute to the fall of the cartilage.

b. Loss of Other Senses

Well, the damage isn’t restricted to the nose. It can spread to the head that groups vital organs and senses together. So, prolonged untreated sinus can spread to the eyes, brain, spine, and ears resulting in permanent hearing or vision loss.

This is a condition where the inside of the nose inflames due to an allergen or production of excess histamine and mucous.

d. Other long term perils of snorting kratom powder include chronic lung infections, nasal inflammation, perforation of the nasal septum, mucous membrane damage, change in the coagulopathy profile of blood, development of blood clots, and the fatal pulmonary embolism – an acute condition that occurs if the blood clots travel to the lungs.

Now here comes the greatest threat associated with snorting Kratom: The risk of overdosing. And we will tell you why.

Kratom powder constitutes a whole lot of inactive compounds such as Carbohydrates that can block the nasal pillories. The powder will gradually accumulate in the upper respiratory tract hindering the flow through the passages. The result? One would have to insufflate a massive quantity to reach the sweet spot, which is dangerous as well as impossible.

So, what if you can’t snort Kratom? The ways to enjoy this miracle plant are nearly endless. And, the market is saturated with all kinds and strengths of edible products. These oral methods will ensure that the plant fiber, cellulose, and other nutrients are digested and well-absorbed by the body without inflicting any harm.

Are you one of those adventurous peeps curious to discover the thrill of other safer options? Here are some of them:

Our nose is one of the most prized organs gifted to smell and breathe. It is never meant to inhale or insufflate substances.

Snorting Kratom Powder is not safe and is rather counted as drug abuse. No ifs and no buts. And that’s the gist of everything. While people can snort a lot of drugs, it is neither possible nor any need for Kratom to be consumed. Kratom’s mesmerizing impact takes just a couple of minutes to show up and lasts for an impressive 2 to 5 hours. So, doesn’t that make the whole thing pointless? Not to mention the horrible aftermath associated if done for an extended time.

With the risks and dangers far outweighing the benefits, it is essential to nip this sniffing malpractice in the bud. And, why not give the other exciting, effective, and yet safer alternatives a shot? If you are confused, you can consult a health expert and seek guidance on the ideal procedure to make the most of this precious plant. Inversely, you can opt for the popular “trial and error approach,”, i.e., safely experimenting all to find out which works best for you.