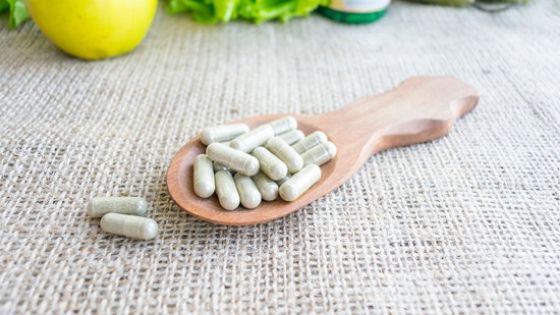 Kratom, known as Mitragyna Speciosa, is an evergreen tree from the same family as the coffee plant. It is commonly grown in wild, tropical areas, such as rain-forests in Indonesia, Malaysia, Thailand, Myanmar, and Papa New Guinea.

Kratom has been harvested and used for centuries by locals in East-Asia for general well-being, increasing energy and stamina, as well as pain relief and relaxation.

History Kratom in the USA

In August 2016, the DEA proposed the listing of kratom as a schedule 1 drug, the same category as heroin, LSD, ecstasy, and cocaine, due to its opiate-like effects in the body. This would mean that it was completely banned. However, the proposition was removed in October, the same year.

In 2017, the FDA identified 44 deaths related to kratom. However, only one case investigated was linked to pure kratom usage. 43 of the possible 44 cases involve subjects who were found to be on multiple other potent substances at the time of death. This includes illicit drugs, opioids, benzodiazepines, alcohol, gabapentin, and over-the-counter medications, such as cough syrup.

In 2018, the Food and Drug Administration (FDA), issued yet another health warning on kratom, claiming it had “potential deadly risks.” This was backed by a total of 36 deaths in the country, which had no substantial evidence. In fact, scientists and researchers have challenged the new FDA claims as “misleading” and based on “junk science“.

Status of Kratom in the USA

Since there are no federal regulations on kratom in the United States, each state is responsible for establishing its own rules. Depending on different states, kratom may be legal, illegal, or in the process of being regulated or banned. Therefore, users must keep up-to-date on regulatory issues, to determine whether it’s legal to purchase and use kratom in their state.

In all the remaining states, it is still legal to consume, purchase, and sell kratom. However, the legality surrounding kratom is continually changing. Therefore, it is crucial to continually monitor these issues to ensure you aren’t violating any state laws.

In the U.S., many kratom advocates (be it the primary user or family members) are outraged by the decision made by some states to ban kratom. This anger is understandable because, as noted above, most justifications behind the bans are irrational and weak. Why would you ban an herb that is helping hundreds of thousands of people across the country?

Some community members have pointed out that states could actually make tax revenue by regulating the sale of Kratom. So why ban Kratom?

In order to make the decision, all states have analyzed the numbers for both sides: regulating kratom as well as banning kratom. While most states believe it benefits their economy more to keep kratom legal, others have decided banning kratom will result in higher monetary benefits.

Here are some of the benefits of banning kratom:

Individual states understand that by keeping kratom illegal, “black markets” for kratom will be created for thousands of users within their state borders. They also understand that, with a little bit of extra police patrol, they can crack down on these illegal vendors. They can gain revenue by handing out fines for unlawful kratom sale and potentially even possession.

In May 2019, 2 Texas men arrested for possession of Kratom. Even though they only carried about 170 grams of Kratom, they were charged for drug trafficking and had their Kratom confiscated. Additionally, any out-of-State businesses that attempt to ship Kratom products into their State borders will likely have their Kratom seized.

Guess what happens to the confiscated Kratom? Correct. They will most likely be sold to other counties or states where kratom is legal, creating another stream of income for the State government.

In efforts to push specific bills past State lawmakers, special interest groups and individuals may band together in an attempt to influence the government’s decision. Usually, this comes in the form of donating large sums of money in lobbying or other “special favors” that eventually tie back to money.

This is by far the most excellent motivator for the State government to keep Kratom illegal, at least for a short period.

In the long term, once special interest groups realize no amount of money can influence your stance on kratom, they will stop investing money into lobbying initiatives.

By keeping kratom illegal, patients with chronic pain will continue to use and purchase traditional pain-relieving pills.

Presumably, in these states, manufacturers of prescribed drugs create a larger profit margin for producers (and therefore, more tax revenue for the State government).

Sometimes, these drug companies may even be wholly or partially owned by the State, giving the local government even more incentive to prevent access to kratom.

And the last thing these companies wants is competition from a natural plant that can cure your pain.

By banning kratom or — in the case of the FDA — spreading false and harmful news about kratom, governments can maintain their relationships with big pharmaceutical companies.

Aside from a few unusual states that have banned kratom, most states have decided that it benefits their economy more to keep kratom legal than to ban it. Here are some of the benefits of regulating kratom:

When a business is producing and selling ingestible, consumer products (be it food, beverage, drugs or kratom) special business licenses and registration fees apply. This is to ensure that every product sold to consumers is safe and non-lethal. A representative from a health organization may visit your operations several times to ensure proper compliance with workplace safety and cleanliness guidelines. And proper lab testing may be done on your product to ensure health and safety standards are met.

This is an essential step towards the legitimization of Kratom because consumers need to feel safe whenever they buy kratom. Especially if consumers decide to buy kratom online rather than through offline stores, trust is even more imperative.

Companies that operate without a license or violate any other state regulations are non-compliant and will be charged with penalties and potentially jail time. Fines vary with the profits made and the amount of neglect. Starting with a breach where you didn’t know and, by exercising reasonable diligence, would not have known that you violated a provision.

Around the world, individuals and businesses are required to pay taxes to fund various governmental and public expenditures. Failure to pay, along with evasion of or resistance to taxation, is punishable by law. Similar tax regulations should apply to law-abiding kratom companies.

In Canada, health and safety authorities are required by legislation to inspect each month, all or part of a business’ workplace. This is to ensure that all companies are compliant with applicable occupational health and safety laws, regulations, and policies. Depending on the industry, this may also include mandatory health and safety training for employees.

In the U.S., the Occupational Safety and Health Administration (OSHA) is in charge of assuring safe and healthful working conditions by setting and enforcing standards in the workplace. As part of being a compliant kratom business, companies may be required to pay a fee for regular audits by these health authorities.

Even with potentially toxic products like cigarettes and alcohol, consumers continue to utilize them because:

By properly regulating the sale of Kratom, consumers will be more inclined to try out the product for chronic pain. In the U.S., over 60 million people are suffering from chronic pain—this is a huge market. As more consumers decide to buy kratom to relieve pain, businesses will make more money and taxes collected will therefore increase.

Summary of Points For and Against Kratom

In collaboration with Joseph from Kratom Society.