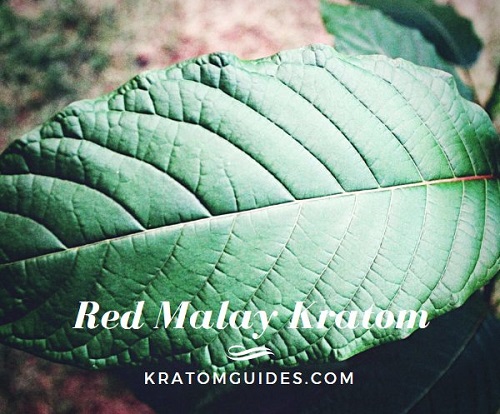 Mitragyna speciosa (Rubiaceae), or more commonly known as kratom, is a type of tree that grows in Southeast Asia and Africa. Typically brewed into a tea or chewed as is, kratom is a coffee-like substance that has stimulant and opioid-like side effects. Malaysia is one of the tropical countries that have the biggest productions of kratom.

Compared with other kratom plants, Malaysia has strains that are stronger and have more unique properties compared to others.

The Malay kratom plant can have three possible colors; red, green, and white. In this article, we will talk about the Red Malay Kratom in particular, along with its benefits, proper use, and reviews from people who have tried it.

If you’re thinking about figuring out all the hype on the Red Malay Kratom, this article should guide you on the basic knowledge that you need.

Traditional use of the kratom plant serves to be a pain reliever and a coffee-like stimulant in places where it grows natively. In recent years, the kratom is being popularized as a substitute for opioids and caffeine. Some even use it as a recreational drug, but it is definitely not as popular or as restricted as marijuana.

Our focus for this article is the Red Malay Kratom plant in particular. The red kratom plant differs from its green and white counterparts in terms of its potency and distinct effects.

The Red Malay Kratom is known to be a stronger painkiller and a more potent sedative than other kratom strains. Thus, it is widely used to relieve pain, anxiety, and stress. It also is known to be the longest-lasting strain among all the others and has a bit of a slow burn, making the positive effects last.

The kratom plant can be transformed into several forms, leading to different types of uptake. You can ingest kratom by brewing it into a tea, making juice, chewing the plant itself, or smoking it like cigarettes. Some manufacturers also produce capsules that have the essence of the kratom in it, which is definitely more convenient.

What are the benefits of Red Malay Kratom?

Perhaps the most notable benefit of using the Red Malay Kratom is its long-lasting effects. The slower effect of this kratom strain may also mean that it causes less fatigue and will make the user less likely to crave another dose.

Moreover, it is mostly used to relieve the pain and benefits those who live in a constant state of pain. Instead of opioids, which have a higher risk of dependence, people can turn to the Red Malay Kratom strain to relieve chronic pain and possibly even save money on medication while doing so.

How to use Red Malay Kratom?

There are several ways to use the Red Malay Kratom plant. Each method can have a different level of intensity than others, and some people like one method over the other. Here are a few examples of how to use Red Malay Kratom so you can find out which one works best for you:

Perhaps the easiest way to ingest kratom powder is to take a dose in your mouth, follow it with a good sip of water, let it rest for a good few seconds, and then swallow. Be careful not to swallow too much kratom powder in one go, or you may end up in a coughing fit.

This straightforward method will have you feeling the effects of kratom in about a few minutes. It also doesn’t take much effort, unlike tea or juice making.

Just like the natives of the countries where the kratom tree grows abundant, you can brew kratom powder into a delicious tea.

To make kratom tea, you can either boil it for a few minutes or let it sit in hot water before straining. The boiling can limit the painkiller effect of the kratom powder, but taking it as a tea may have a more stimulating effect on you.

Kratom can technically be added to any food or drink, but some go more excellently with the kratom taste than others. For example, you can add kratom powder to your protein shake for an added energy boost, to your morning coffee or tea, or basically any other food that will go well with its flavor.

Kratom can also be compressed into capsules which you can take as a vitamin. This is definitely a super easy and convenient method, but it takes some of the fun out of ingesting the kratom itself. Moreover, it may have different effects as compared to other methods of ingestion.

It’s important we get one thing straight before anything else: do not overdose on kratom! The Food and Drug Administration (FDA) has already released a public health warning about kratom last November 2017 due to 36 people allegedly died from the misuse of the plant. Even though it is not illegal (in most states), you cannot take too much of it.

If you are new to kratom, the general recommended dose is between two to three grams for the first time (taking it on an empty stomach will enhance the effects).

This starting dose should be enough for you to feel the inklings of euphoria before it sets you in a calm ‘high.’ However, users have reported that nausea tends to occur during the first few minutes after ingestion. Do not worry though, nausea and discomfort will subside soon enough.

Still not feeling the effect of 2-3 grams of kratom at first dose? You can add up to two grams of the additional dose after 45 minutes to an hour.

Do not be too impatient and pile on dose after dose. The Red Malay Kratom will have its desired effect with just a few grams.

Remember: do not overdose on kratom as it is found to have adverse effects on health when used incorrectly. You should also not take too much kratom for each dose as you could develop a tolerance to the substance. When you become tolerant to it, you will crave more and more kratom, leading to possible addiction which you definitely don’t want.

Kratom should also be taken once a day at most with about 2 to 5 grams a dose. Alternatively, you can have two doses for each day with half the amount of recommended grams for every dose.

A user of the red vein kratom strain highlighted the amazing relief from arthritis that he felt 45 minutes after he drank an iced juice with kratom powder. He testifies that the drink is a great pain killer and relaxant without the feeling of being spaced out. This sounds good for people who have pain-causing ailments or chronic pain in different parts of their body.

Many other people from various message boards and forums praise the Red Malay Kratom strain on its ability to get rid of pains with a long-lasting (definitely more than a couple of hours) effect. These enthusiasts also enjoy its euphoric aroma and smooth high without the discomfort of coming down from it after, nor nausea.

If you are contemplating on trying out the Red Malay Kratom strain, these good reviews may be your basis for going through with the decision of buying your first pack.

The kratom plant is continuously being popularized as a new type of recreational drug or medicinal alternative, with reportedly less of the addictive factor and detrimental effects on health. Despite all the praise from enthusiasts all around the world, kratom should still be ingested carefully. Misuse of this medicinal plant can lead to addiction and even death.

To conclude, the Red Malay Kratom plant is the best strain for people with pain problems who want to decrease their risk of opioid dependence. The Red Malay Kratom can greatly help reduce your pain as well as stress, fatigue, and anxiety–all without the spacey feeling of taking medication.