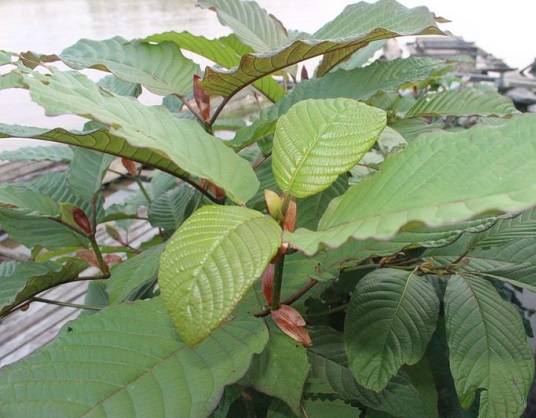 Red Kratom is a name given to Kratom strains which have red veins in their leaves. The red strains are by far the most prevalent strains among all three i.e. red, green and white vein strains.

The colors of these leaves are also a sign of their effects. According to this reason, red color vein links to the immense and extra strength which is the essential property of all red Kratom strains.

Historical evolution of Kratom – An introduction

The classification of Kratom as per strain colors is relatively new to the world. For over decade, the Kratom which was common everywhere was the simple native Kratom from Southeast Asia.

At that time, no one thought if Kratom has multiple types and strains, each of them with variable benefits.

As the trade center of Bali developed, Kratom was available for the entire world to try.

The initial response was very welcoming. It takes forward to the discovery of new and different strains, and now some rarest strains of Kratom are also available to purchase.

Kratom being a part of traditional South Asian medicine for centuries was also a recreational plant.

The areas of Thailand, Indonesia, Malaysia, Myanmar, and Brunei have some finest strains of Kratom to offer.

The whole family of Rubiaceae has extremely potentiating effects which are not common in any other plant family.

Today the Kratom has made its way to most of the parts of the world. All the strains including the rarest one are available online.

It is the finest source to get several effects, some of which are as follows.

The ranking of Kratom strains signified the day when multiple types of Kratom trees were known.

Kratom is a tropical and deciduous tree which is native to Southeast Asia.

This region has many vital areas of cultivation. The dense and thick rainforest of this area is particularly favorable for the growth of most potent medicinal plants including Kratom.

Initially, all Kratom strains were thought to be one, but the difference of effects showed that they are similar but not the same.

The classification is mainly by appearance and effects. The scientific name for Kratom is Mitragyna speciosa which are same for all strains. It is a relatively new topic for research, and each strain is yet unknown for the complete alkaloid profiling.

A general concept makes all of them useful but in diverse ways. For example, red strains show substantial effects i.e. pain relief, opiate withdrawal, anxiety control and sedation. On the other hand, effects of white and green are different from these. This fact opens a debate to use the most appropriate strain per personalized effect.

Ridley was the person famous for introducing the world to opiate withdrawal treatment with Kratom. It was more than a century ago in 1836 when more than half of the world didn’t even know about the effects of Kratom. Scientific research later studied that Kratom has highly effective bioactive compounds called alkaloids. These alkaloids include 7-hydroxymitragynine, 9-Hydroxycorynantheidine, Mitragynine and many other.

A complete profile of alkaloids of Kratom is now available for the world. This extremely potent formula was so strong that it was even helpful to overcome the damaging effects of drugs.

Kratom itself as an opioid

In the 19th century, Thailand was a hub where Kratom was well known as an opium substitute.

The later research showed that Kratom is not an opioid. This fact is contracting to the popular belief which is rather opposite.

Kratom only produces sedation and euphoria which is different than that of opiates. Kratom is not from the opium family.

Hence the effects are not same. It rather uses the opiate receptors to control the sensation related to different phenomena i.e. pain.

Red Kratom is one of the most in demand Kratom strains. The reason is that it has the maximum medicinal value among all other strains.

The top effects of red vein Kratom strains are as follows.

Effects other than these are also significant, but medically the up listed results are more helpful.

This medically important reason makes red vein strains an attractive choice for patients and those who want to avoid these medical conditions for future.

Which strains have Red-veined leaves?

The red veins are very prominent on the leaves. These red types of leaves are common in almost all varieties of Kratom. Mainly they include Indo, Borneo, Thai and Malay Kratom strains.

Nearly all of these strains also have green and white varieties, but somehow red vein variety makes them attractive far more than any other variety.

Some of the most common effects in link with red vein leaves of different Kratom strains are as follows.

Pain Relief: Most of the users try red strains for pain relief. There are only some rare strains which are not red, yet they help for pain. Mostly the red strains are more helpful for all types of body pains.

The latest research on red vein Kratom indicates that contrary to other strain, it has little mitragynine content in it.

This research is a valid proof to satisfy anyone who is looking for a herbal solution for pain.

Stress Release and Sedation: Most of the times, pain control has a secondary effect of relaxation.

The same alkaloid 7-OH-mitragynine also proves helpful for releasing the stress and leading to mild sedation.

The relaxing factor is also a feature by Mitraphylline and Tetrahydroalstonine which are natural muscle relaxants and anti-adrenaline alkaloids.

Due to the active photochemistry, the red veins have maximum potential to act as a natural opioid agonist.

It reduces the effects and sensations which make it an excellent choice to overcome the effects of opiates.

How does Red Kratom help for opiate withdrawal?

Red Kratom works same as that of these compounds but with least side effects.

Over 25 abundant alkaloids of red strains are equally potent as any drug can be. It attaches its alkaloids to MU and DELTA receptors which are opioid receptors of the brain to show withdrawing effects.

The withdrawing effects appear as the reduction in the symptoms of withdrawal by any other opiate.

The complete detoxification needs the time, and meanwhile, Kratom offers a full range of effects to provide.

If someone stops using an addictive compound, it arises an agitation. It feels like an inner hollowness, fatigue, and restlessness which disables a person to think or relax.

Red Kratom helps from the very basic level which is by controlling agitation.

Anger is a sign that brain is no longer receiving the already in use chemical which is an opiate.

Without giving any more drug, the brain chemistry is disturbed, and a user may feel extreme anger.

The anti-anxiety function is a vital benefit of red strains. The anxiety which affects as a symptom of opiate withdrawal is easily manageable with Kratom usage.

Craving for an opiate after quitting the use is natural. The desire ‘s hard to resist, but an individual can control the need with a wise administration of red Kratom. It stimulates the brain, and the craving is under control in minutes.

A common symptom is to feel stress, anxiety, and depression for which Kratom is the best help.

Kratom alkaloids attached to the MU opioid receptor and induce the feeling of relaxation and euphoria. In this way, Kratom helps more.

A less common opiate withdrawal symptom is a fever. It is a low grade, and even an over the counter medicine can make it better. In some cases, Kratom fixes this problem as well because of its lightly antipyretic effect.

A headache is a common symptom which can be mild to severe. In any way, the alkaloids of Red Kratom helps to overcome it in a gentle way.

The sleeping problems leading to insomnia needs a fixation by Kratom. The sedative and relaxant effect of Kratom makes it easy for a user to fall asleep quickly.

Facing mood swings and low self-esteem is common. It is a general property of almost all Kratom strains to boost the confidence and improve the mood. Same is the outcome of using red Kratom strains.

A less common effect is involuntary contractions of muscles which are called spasms or seizures. It is rare, but it does exist.

Some alkaloids of Red Kratom are muscle relaxants which naturally help to overcome spasms.

The additional problem of cramps and pain also becomes better with a regular Kratom usage.

Which is Red Kratom strain the best?

All Kratom strains have their specific reasons to try. A few of them are general, and some are more specific.

All the red strains share same properties. The only difference is that some have more potential for some particular problem.

For example, Red Bali is a classic strain which has the strongest potential for opiate withdrawal.

Some other red strains which are helpful for the same reason are red Indo, red Malay, red Maeng Da, red Thai and red Borneo.

These strains help to ease the symptoms of opiate withdrawal.

These strains are available in these forms.

What dosage is accurate for withdrawal effects?

Opiate withdrawal is a powerful mechanism to handle. It needs an equally powerful yet accurate dose.

The dose is usually variable as per weight, higher, gender, age, requirement and experience with Kratom. There is not any set dosage.

The beginner level dosage for all red strains is 1-3 grams. Trying it on an empty stomach is beneficial.

Increase this dosage if the desirable effects feel less in experience.

The best effects are observable in 5-10 gram. However, every individual should start from a basic level dosage.

Popular methods to use Kratom

Kratom is available in many forms. All of them have the same potential and similar methods to use. Some of the most common ways to use Kratom are as below.

Kratom can be addictive itself f someone uses it in extreme high dosage for a long time. A mild daily dose cannot induce tolerance.

The side effects may include nausea, stomach upset, flushing, dizziness and sleep irregularity.

These effects are not harsh and usually, go on their own after 24 hours.