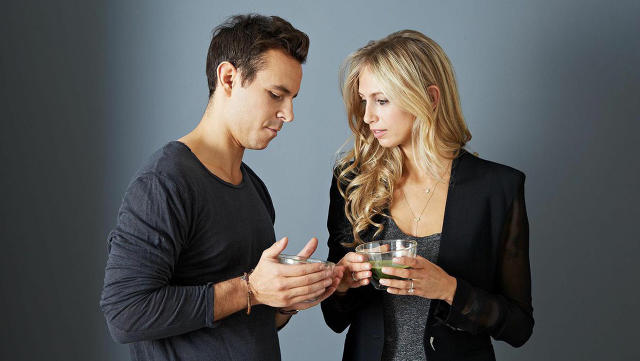 Kratom is a plant that takes its origin from several countries belonging to the Southeast Asia. Also, known as Mitragyna speciosa, it is a traditional remedy in Thailand and other nearby countries for several ailments. This herb is associated with some opiate–like effects that are entirely dependent upon the dose.

According to some anecdotal evidence, Kratom is also helpful in managing the withdrawal effects seen in a case of opiate addiction.

Irrespective of these benefits that Kratom provides, it is necessary to investigate the positive and negative sides of this plant. This is because its effects can seem to contradict in a user who is not entirely aware of it. This discrepancy seen in the results can be due to the dose, the type of strain and even the personal health status of a user.

Following is a guide to the positive and negative effects of Kratom. It will tend to spread awareness about how this plant influences both body and mind.

Some of the most commonly seen positive effects of Kratom are explained below:

Kratom can uplift the mood and the level of cognition in a person. It is also responsible to produce a state of satisfaction. A single dose of Kratom can knock out all the negative thoughts and produces optimism in mind. In large doses, Kratom can create a condition of euphoria which is due to the presence of mitragynine.

Kratom can mimic the effects of coffee or any other caffeinated drink regarding providing stimulation to the brain. What is great about this herb is that it can give instant energy to the mind without causing any jitteriness or restlessness. It creates a state in which the cerebral energy is high, the focus is sharp, and the mind is clearer. Kratom can also provide a well-adjusted sense of vitality and vigor.

Helping in overcoming an opiate withdrawal is not among the standard benefits of Kratom, but its use in such conditions is advancing. Different strains of Kratom can offer support to those who are addicted to opiates and want to get rid of their addiction.

This herb works wonders to hide the effects usually seen in opiate withdrawal including vomiting, muscle aches, increased perspiration, and anxiety. The leaves of Kratom can also decrease the risk of developing a dependence on opiates and other related drugs. It works as a detox and cleanses the body of all the harmful substances.

Kratom leaves have proved themselves as an adequate replacement of different harsh medications used for relieving pain. Kratom alkaloids work like opiates and activate mu-type opioid receptors in the brain. This leads to relief from both temporary and permanent pain.

Kratom has been used to treat some medical conditions including headaches, arthritis, migraines, vascular pain and muscle aches. It can also treat all those pains which do not respond to prescription drugs. Additionally, Kratom is less addictive and much safer as compared to these medicines.

Kratom is among the best natural remedies for improving the quality of sleep. Its potent formula tends to shut down all the functioning of the brain right before going to bed. This puts the brain in a restful condition and makes it easier for a person to fall asleep.

In some cases, Kratom can also aid in dreaming vividly. Kratom ensures a sound sleep and makes the next morning fresh and happy. Because of this sedative effect, it is also a remedy for the treatment of several disorders related to sleep which include insomnia.

Kratom can work as a concentration boosting agent. Its effects can resemble those of a nootropic. A few green and white leaves of Kratom is especially famous for improving focus and combatting the brain fog.

It can also increase the mental energy and make a mind more attentive. Because of this reason, Kratom is now a part of the medicinal therapy for Attention Deficit Hyperactivity Syndrome (ADHD). It can make it easy for students to study and for others to engage in a tough mental work.

Kratom does not generally produce any serious side effects, but it has a potential to cause addiction because it works just like an opiate. The side effects can differ in severity from mild to dangerous and depend upon the dose. Abusing on Kratom or using the wrong strain can lead to a development of the side effects in both the short as well as the long run.

Following are the adverse effects of using Kratom for a relatively shorter period of time:

Using Kratom in a high dose for an extended period of time can lead to an occurrence of several unusual symptoms. Some of these symptoms include:

Using any strain of Kratom on a regular basis for more than six months can cause dependence in almost 50 percent of the users. Such users are liable to several withdrawal symptoms if they stop taking it suddenly. The Kratom withdrawal manifests itself in these users by the production of the following signs:

Like any other herbal remedy, Kratom has its pros and cons. While the correct use of this herb can bring along a lot of benefits of changing nature and degree, its excess can also produce side effects. Therefore, the best solution is to use Kratom in a moderate quantity as and when required.

Also, prefer using it on alternate days instead of consuming it daily to avoid developing tolerance and addiction.

If a proper dose schedule is followed and all the guidelines are kept in mind, the use of Kratom can become a life-changing decision.