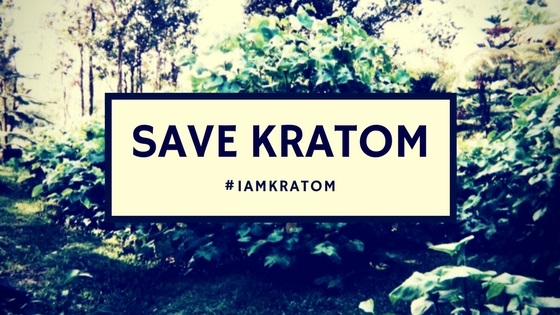 Nine leading scientists have backed the use of Kratom giving it the credibility it deserves. Acting in the interest of millions of Americans, they have sought better management of situation through scientific studies rather than an outright blind ban because of few incidents here and there.

Kratom, also known as Mitragyna Speciosa, is a native of Southeast Asia, i.e., Malaysia, Thailand, Indonesia, etc. It is a type of tropical evergreen tree belonging to the coffee family. It has been known for its medicinal properties. This herb has played a significant role in treating diseases since the 19th century. It acts as a stimulant and is used as an opioid in traditional medicine. It has been used as opium substitute for ages. There are various strains of Kratom which come in red, white and green colors.

Kratom has been part of the local culture in Southeast Asia, and documents are showing its extensive use in traditional medicine. The leaves of Kratom are chewed to increase appetite, energy. It also boosts sexual desire and relieves muscular pain from the body. It is used as a local anesthetic and is useful in healing of wounds.

The leaves and extracts of Kratom are a popular medicine used for diarrhea, coughs and intestinal infections. This plant has been used as a mood enhancer and painkiller to reduce exhaustion in laborious professions. Kratom has become the inherent part of the tradition of Thailand being used in the ritual worship of gods and ancestors. This medicinal plant extract is also given to guests as a symbol of welcoming them into the house. Its fruits are bitter and usually mixed with a sweetener.

Kratom is usually mixed with coffee or tea-based drinks to form a cocktail that has both therapeutic and psychoactive effects. It has been imported into the USA in the late 1900s for medicinal use. The psychoactive compounds of Kratom are 7-hydroxymitragynine (7-HMG) and Mitragynine that acts as a stimulating at low doses. At higher doses, the Kratom plant is used as a general analgesic, and as a substitute for opium or to treat opium withdrawal symptoms.

Kratom works on the pain receptors of the brain reducing the sensation. It also does not have the harmful effects of respiration suppression as with the case of classical opioids.

The Popularity of Kratom

Kratom has gained its popularity because it is considered to be a good pain relief agent, i.e., analgesic. It can suppress a cough, diarrhea and reverse opioid-induced disorders such as constipation, overdose, etc. This has led to the widespread use of Kratom in treatments of opium addiction relapse and to prevent deaths due to opium overdose. It has become a lifeline for millions of Americans who are suffering from addiction.

Kratom is different from traditional opioids such as morphine, oxycodone, heroin, etc. It is a partial opioid agonist that mitigates the body’s sensitivity to pain. Hence it is perceived to be safe for medical prescriptions. It also does not have side effects associated with the traditional opioids such as respiration depression and addictive euphoria etc. All these properties in combination have made Kratom a preferred drug in opium addiction treatment. Currently, there are 5-7 million Kratom users in the USA alone. Additional benefits of Kratom include pain relief from arthritis, multiple sclerosis, chest pain, neck soreness, etc.

Kratom has been used as a dietary supplement which the FDA has not yet approved. There have been incidents of deaths due to the overdose of Kratom. Thus, it has come under the radar of FDA and Drug Enforcement Administration (DEA). In 2016, there have been efforts to curb the supply of Kratom citing hazard to public safety because of the perceived increase in deaths related to Kratom overdose.

However, this has drawn widespread protests from the patient community that uses the substance for dealing with chronic pain and those who are recovering from drug abuse. There have been White House Petitions with 140,000 signatures protesting the ban, and around 1,170 doctors, law enforcement officials and scientists have supported the use of Kratom. But DEA has reported that anecdotal evidence and public opinion cannot be used for deciding on Kratom use.

FDA concerned about the deaths surrounding the Kratom use has told the public that since there have been no proven studies about the therapeutic effects of Kratom or its pharmacological mechanism, the usage of Kratom for medicinal purposes is illegal. Recently in February 2018, FDA commissioner, Scott Gottlieb has stated that the opioid-like properties of Kratom make it unsafe for use both medicinal and recreational.

The FDA statement has come in the wake of chronic Kratom abuse cases encountered in various hospitals all over the USA. It has been found that Kratom abuse can cause seizures, liver toxicity and death owing to its dangerous respiration suppression effects. Other common side effects include nausea, itching, and anxiety. Heavy users also have symptoms of withdrawal including hypertension, distress, and insomnia.

However, almost all the cases reported by the FDA involve subjects who were found to be on many illicit or prescription substances at the time of their death.

According to HuffPost, there is just a single case appears to involve Kratom alone out of FDA’s 36 documented deaths cases.

In the wake of the new FDA statements and criminalization on Kratom use, the scientific community has raised the issue to the highest levels. Nine leading scientists have sent a letter to White House Opioid Crisis Team Leader “Kellyanne Conway” and acting DEA administrator “Robert Patterson” citing the FDA studies they have done with regards to the therapeutic effects of Kratom. They have pointed out that the millions of Americans who now depend on Kratom for their physical well-being would be stranded and plunge back into drug abuse.

For the patients, Kratom is the only lifeline that prevents their fall into strong opioids trap. Without Kratom, they become susceptible to opioid use, and pain relief becomes difficult if not impossible. They have also pointed out the use of Kratom in Southeast Asia for centuries without any harmful side effects or death. It has become a safe alternative to traditional opioids. They urged the FDA to act rationally taking considerations of the consumers or else the opioid epidemic could increase. They also pointed out that Kratom has been used for centuries in Asia without any adverse effects

They have also contended that the research documents publicly available provide sufficient data about the beneficial effects of Kratom in pain management therapy. Compared to traditional opioid medications Kratom has a safety profile proved over a century of use in various parts of the world. The right action for the federal government would be to act in the interest of the consumers encouraging research on the additional benefits Kratom can bestow on humankind not ban it outright. Further research can lead to potential breakthroughs in pain-relieving medications that are beneficial to the customers.

However, since the cost of new drug development is increased so much, on the order of 2.5 billion dollars and the clinical trials take 10-years to complete; banning the use of Kratom till the research is completed will have adverse effects on the society. By categorizing Kratom as a Schedule I drug, research can be crippled because of legal issues.

They also argue that the FDA report on the death of 36 individuals due to Kratom exposure has no scientific basis and it has not adhered to any medical standards for reporting. It is to be noted that the people who are reported to die of Kratom use have diseases which could have acted as a contributor rather than Kratom.

Unlike classic opioids that have been proved to cause deaths due to respiration suppression, there has not been sufficient evidence that shows that the victims have died due to harmful effects of Kratom. For example, the deaths in Sweden are the result of usage of an adulterated drug combination that contained opioid Tramadol. Also, the methods of reporting have questionable standards distorting the facts significantly.

As they have pointed out, the statements from FDA says that the ban is due to deaths “associated with Kratom” rather than deaths “caused by Kratom.” This shows that there has not been adequate research on the part of FDA regarding Kratom use and this is not a decision based on science.

This kind of broad standards for scheduling medicinal substances indicates the apparent overreach of the regulatory institutions such as DEA and FDA beyond the clearly defined rules and regulations concerning the scheduling of any substance.

There is also a conspiracy theory that states that FDA is under the pressure of big pharmaceutical companies whose profits are getting shrunk because customers are increasingly choosing Kratom over traditional painkillers. They also indicate that this seems to be a knee-jerk reaction to contain the hysteria about the supposed deaths related to opioid usage without taking a hard look at the consequences. As the mechanism of the interaction of Kratom with the brain is different from the classical opioids, its classification as an opioid is both unscientific and irrational.

American Kratom Association (AKA) has also backed these scientists in putting their view actively in public, raising awareness of the opioid crisis that can ensue because of Kratom ban. American Kratom association established in 2014 has been the proponent of the medicinal uses of Kratom. They have played a significant role in raising awareness about the recent issues surrounding the use of Kratom.

AKA is a not for profit association that is committed to ensuring customer freedom in making their own choices for their well-being. They also act as a medium through which tens of thousands of Americans who have benefited from kratom can raise their voice and make the authorities know about the concerns of the consumers.

The medicinal benefits of Kratom far outweigh the potential overdose. There are mechanisms by which the distribution of this drug can be limited to people who actually need it thereby curbing its overuse. Kratom has proven effects on elevating the mood and pain relief. Though clinical trials of Kratom have not started in the USA, there have been studies of its impact on animals and individual cells.

Without a means of coping, Kratom ban by FDA pushes millions of Americans recovering from drug abuse back into the same abyss.