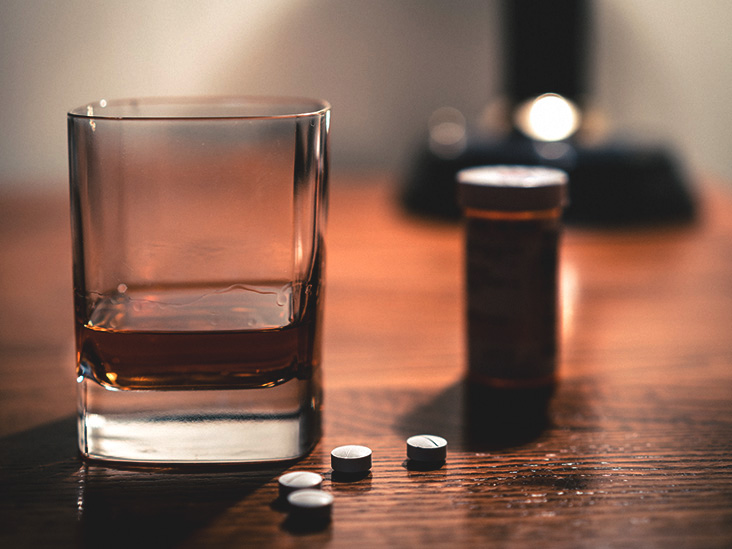 Even though many people are aware of the dangers of combining drugs and alcohol, many people still continue to do so. Considered a hangover cure, Kratom is consumed to alleviate the effects of alcohol. Although most people prefer to consume it on its own, the disputed topic of mixing it with other alcoholic beverages can’t be ignored. And when it comes to alcohol, one of the most enticing options is a beer.

So, is combining Kratom and beer safe? Research on the effects of Kratom or Mitragyna Speciosa, when mixed with alcohol such as beer, is scarce. The only reliable source of data is members’ contributions from different forums. The user experiences provide an in-depth insight into Kratom and beer use. Aside from that, health experts do not recommend mixing Kratom with other substances, particularly those with intoxicating effects.

However, many avid Kratom fans prefer experimenting on their own without researching and consulting a medical professional’s advice. It’s unclear whether or not mixing Kratom with beer or any other alcoholic beverages is safe, but it’s certainly dangerous.

Beverages that contain alcohol are known to be depressants. Therefore, they can reduce brain activity and act as sedatives, calming the nervous system and calming the mind. Neurotransmissions are the brain’s signals to carry out various tasks, and depressants can reduce their activity. Kratom, contrarily, serves as a stimulant. It boosts your brain’s neurotransmissions and elevates your CNS activity.

According to some studies, people who take Kratom have reported reducing their urge to consume beer. A dose of 2-6 grams of Kratom has been observed to alleviate the symptoms of a hangover. In some circumstances, it is even utilized to ease the symptoms of alcohol withdrawal. There’s no way to know if Kratom can help curb alcohol cravings because the research on the plant isn’t conclusive, so we can only speculate.

What Happens If You Combine Kratom with Beer?

In general, the cocktail is regarded as safe when used in moderation. Some Kratom aficionados believe that mixing different strains of Kratom will increase the effects of alcohol, so even if you drink a small amount of beer, the Kratom will make it more potent.

Because of the potentiation, people can get the same high from both substances with fewer beers and less Kratom, which is a win-win situation. This reduces their alcohol consumption and saves them money on Kratom goods, respectively.

The Potential Risks Of Taking Kratom And Beer Is Overdosage

When taken in large doses, Kratom has the potential to be abused. The suggested daily dosage is between 2 and 5 grams. Tolerance to the lesser quantity builds up; thus, users begin to raise the dosage. With an alcoholic beverage like beer, the impacts are even more pronounced. And if you’re not careful, you might quickly become a victim of an overdose. Kratom has a few strains that can assist in alleviating sleeplessness in the user. They have a calming impact on the user.

As a result, they have a depressant-like effect. Now, because alcohol and Kratom have the same effects, there is a more significant risk. As a result, the consequence is much more intense. In this situation, combining Kratom with beer is harmful to your health.

To avoid contamination, you must use good quality Kratom and its products. Unwanted side effects may occur if you use a low-quality kratom product. Some Kratom products, for example, have been found to contain salmonella concentration, which can induce fever and muscle tension.

It’s crucial that you buy your Kratom from American Kratom Association verified suppliers and make sure they are third-party lab tested, and have an analysis report or certificate. Your primary source of kratom goods has to be a well-known brand since there should be no compromise regarding health safety.

According to research by the FDA, heavy usage of Kratom over an extended period can lead to hemochromatosis. The heavy metals that were detected in the products were:

The deleterious consequences of this contamination are not reliant on either the herb or the beer. However, the reactions can be far more extreme when the two are combined. As a result of exposure to metals, you may have symptoms such as:

Kratom, as previously mentioned, carries the risk of misuse and addiction. The combination of these two substances can lead to serious health problems. According to some studies, addiction is one of the most pressing issues as it can quickly become a problem for many people.

Typically, a daily routine includes at least one drink of beer or wine or some other alcoholic beverage, which isn’t dangerous if consumed in moderation. However, combining it with a substance already creating opiate-like side effects is not good. It’s easy to become reliant on something. Then you probably use it regularly to assist in alleviating your stress. Long-term use can lead to the same addiction concerns with other medications. Kratom’s stimulant effects are blunted when taken with alcohol, so it’s best avoided when combined with other stimulants like caffeine or ecstasy.

Although this can lead to long-term kratom reliance, it can also be more serious, such as addiction.

When mixed with alcohol, Kratom’s effects are still an enigma, as there is no in-depth research.

It may be less risky to go with an unauthorized recommendation and use small doses of Kratom and beer in a mixture. Due to the low amount of total alcohol content in beer and the lesser doses of Kratom.

The combination of alcohol and Mitragyna speciosa can lead to stressful situations. You may potentially find yourself in the hospital emergency room at large doses. The biggest problem is that Kratom enhances both the immediate and long-term effects of alcohol. It’s best to consult a medical practitioner before combining Kratom and beer, as there is very little research.