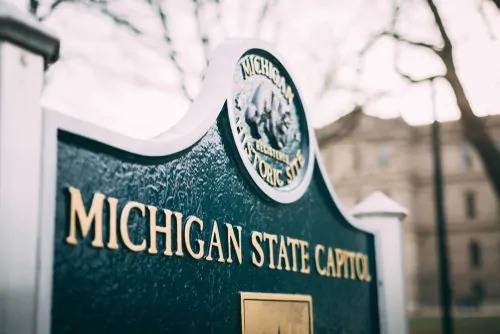 A bill pending in the Michigan State Senate demands that kratom should be available upon prescription only. This bill came after the news of five deaths in Kent County in 2018.

Republican Senator Dr. John Bizon presented the proposal. The medical doctor suggested that kratom should be termed as a Schedule 2 controlled substance in the state.

Dr. Bizon said that kratom could be addictive and dangerous, and this is obvious with the increased number of deaths. He said that the law must help prevent these tragic deaths and stop continued abuse of this drug. The senator gave examples of states where kratom is banned. He said that Indiana and Wisconsin had banned kratom due to its dangerous side effects.

Michigan must follow this as well to prevent unwanted impact on young adults, who can procure it easily. The regulation will not allow minors to buy kratom as it can lead to dependence and addiction.

Dr. Bizon also said that kratom interacts with other prescription drugs and causes serious side effects like hallucinations and seizures. This demand from Dr. Bizon is due to the five deaths in Kent County, Michigan in 2018.

All five of them were caused by kratom. The senator said that there had been very tragic results of this drug, and it needs to be regulated to prevent drug abuse and sad end.

Kratom is a plant that grows in the humid and temperate region of Southeast Asia. Kratom capsules, powders, and other products are made with the leaves of the kratom plant. The kratom plant is imported to the United States through different manufacturers who process the botanical substance into various forms for consumers.

The alkaloids in kratom activate the same receptors in the brain as morphine. This factor has helped millions of consumers get off the addiction of opioids. The primary reason why kratom has become a popular natural substitute for opioids is that it does not have any side effects like many pharmaceutical drugs.

Kratom is often compared to morphine, whereas morphine slows the brain and makes the user sleep for days! Users say that kratom is a stimulating and energizing supplement and helps them curb pain to lead a healthy lifestyle.

Dr. Bizon moved on to mention that four states have banned kratom while two regulate it. This bill was for Michigan State due to the recent deaths in Kent County. The senator believes that kratom must be controlled since it poses a lot of danger for minors who can easily order it.

There is very little research on kratom due to which its positive effects are not known. However, this botanical supplement was used in medicines in Thailand, Malaysia, and other Southeast Asian countries. This use of kratom implies that there are several health benefits, which are still unknown to many.

In the United States, the FDA does not recognize the health benefits of kratom due to which there is very little research available. Many people think it is a harmful substance that must not be used.

However, people who use kratom know that it can relieve pain and help with opioid withdrawal. Since kratom interacts with the same receptors in our brain as morphine, it gives users a pain-free and stress-free feeling that makes them hopeful. Kratom consumers are happy as it helps them lead healthy and active lives.

Lack of research and scientific backing, potential users rely on the feedback of current consumers, and that makes everything sound different! The news and public media is not very optimistic when it comes to kratom, but users rave about it! This feedback makes people trust user reviews more than what the FDA has to say!

Kratom is differentiated by the color of the leaf vein in different plants. Apart from the vein color, the area where kratom grows also determines the properties. Indonesian kratom with red vein will have a different result than white vein kratom from Thailand. The various kinds of kratom have different side effects when taken in higher amounts.

For example, red vein Bali kratom is a pain relief supplement and stimulates the senses to energize the user. The same stain, if taken in a more significant amount, causes sedation and euphoria.

Similarly, the white vein Maeng Da is a mild and peaceful supplement in a way that it tranquilizes the nerves but does not cause sedation. If taken in a higher dose, it energizes the mind and makes users feel active and stimulated. If users take a higher dosage of different kratom types, it brings about a disparate impact.

Therefore, the inference that kratom can cause death, is considered irrational by several users. The Kent County death tragedies, two out of five persons, had used kratom only, while three others had used additional substances. On the contrary, the American Kratom Association claims that there is not a single death that the FDA can associate with kratom usage.

The AKA also contended that the FDA had stopped using the word ’caused’ for kratom since it was a baseless conclusion and replaced it with related. The two opposing sides of this rebuttal requires more research. This research will help deduce kratom’s efficacy that has helped millions of people lead a better life.

The study will also clarify the side effects related to overdosage. This scientific work can help users as well as the regulatory bodies to decide what is best for kratom users.