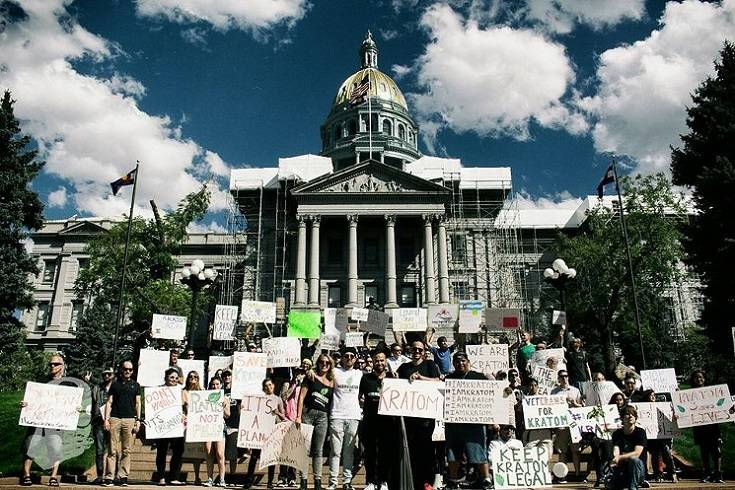 The issue of Kratom legality is still a debate in few of the states of the US. The picture has become a bit clear from 2016 till today.

Most of the US states have legalized the usage of Kratom due to its medicinal properties, but there are still few states which are barring the people to either sell or buy it.

Mitragyna Speciosa also known as Kratomis a natural plant that grows in Indonesia, Malaysia, Thailand, and Papua New Guinea. It is a tropical evergreen which belongs to the coffee family and mostly found in Southeast Asia.

Primarily it’s grown in the southern or central regions of Thailand and it has been historically used as an opium substitute. Various American folks are interested in developing their own plants from the seeds, to save the cost as well as to control their supply.

Kratom can be used in a crushed powdered form, in a capsule, oil or one can brew it like a tea. Those who have been consuming it and have known the benefits of using it knows how it can boost one’s work efficiency.

Traditionally, Kratom is being used as an energy booster, to get relief from pain, prevent depression, lighten the mood and other conditions as well as to treat various health issues.

In today’s time, it’s used for multiple purposes but mainly for tranquillity and calmness.
The plant from which it is derived is entirely natural and the energy it provides undoubtedly uplifts your moods and fill you with positivity.

Arguments For and Against Kratom

Scientist as well as users, in the US, both consider the usage of the herb as safe and effective in treating chronic pain and PTSD. It can also be used as an alternative drug for the opioid-addiction cases. This is because Kratom doesn’t give you the sense of high and have mild effects in case of overdose.

But apart from them, the FDA has something else to say, which creates the confusion. As per their public health advisory, for them to believe that people are using or want to use Kratom to treat the opioid withdrawal symptoms is quite troubling.

They want to expand their development and usage of medical therapy to assist in the treatment of opioid use disorder. Wherein they commit that they are trying to find out the best medical therapy which is safe as well as effective to treat the opioid cases.

They further say that there has been no reliable evidence which can prove that using Kratom as a treatment for opioid use disorder can be effective and safe.

What FDA is saying is entirely contrasting with what people and other researchers are saying. In a recent report published in the Journal of the American Osteopathic Association, it’s found that using Kratom is much less harmful than using the prescription opioids.

It is because Kratom consists of alkaloid mitragynine, which is responsible for activating opioid receptors without causing the respiratory depression, which is one of the lethal side effects of conventional opioids.

The Battle of Kratom Legality Still Continues In The US

The most significant problem with Kratom is lack of evidence which can prove its effects, long-term benefits or any risks associated with it. Due to this, the authorities in the US view the case with a different view.

Another thing is, though Kratom is not an opioid but still its considered in the same group as it can also give some euphoric feeling at a very high dose.

That is the reason, the authorities have earlier considered the substance in the same class of drug as opiates like heroin. But it’s not true, or you can say all the misinformation is leading the battle go on and on.

Let’s see the current issue related to the regulations of Kratom in the US.

Regulations of Kratom In The US

In 2017, Kratom is being legalized in various countries including the US. The laws which were earlier banning the use of kratom were based on misinformation or lack of information about its application, benefits, effects of the substance.

But with seen results and reports, it has been legalized in more than 46 states of US. Still, there are few US states and cities where its use is still not legalized.

Those states and cities include Arkansas, Alabama, Vermont, Indiana, Wisconsin, Rhode Island, San Diego in California, Sarasota County in Florida, Denver in Colorado (human consumption is banned), Jerseyville in Illinois and the city of Washington D.C.

Denver Environmental Health didn’t ban all Kratom sales, rather retailers must affix a consumer advisory on the package that “this product is not intended for human consumption”. Sellers in Denver are also not allowed to offer any Kratom dosage or consumption advisory. Along with that, the use of kratom is not legalized by the US Armed Forces.

The substance has improved the lives of hundreds of residents in the US, by enhancing their mental health as well as helping them in relieving the stress. But, the places where it’s still not legal to use it, the people are not able to get such benefits.

Earlier, a couple of years ago, Kratom was classified as a substance which was a great concern of FDA, because its effects were not well known.

From that time till today, they haven’t found any evidence which can suggest that Kratom is having any adverse impact, like the ones which made it illegal earlier. Even some of the states have classified Kratom as a food substance.

Those states which are still facing the issue of Kratom being illegal will soon resolve it.

Kratom legality means whether it’s legal to buy, sell or consume Kratom in that particular region. There are 7 states in the US where it’s still banned.

Kratom is totally legal in 45 US states. There are two states, Alaska & Oregon, where studies are still going on to see whether to make it legal or not.

The places where its recently made legal are:

Apart from these places, the use of kratom is made legal earlier in the following states:

States where the bills are introduced and pending to make the Kratom illegal are:

With the effort of Botanical Education Alliance and American Kratom Association, Tennessee becomes the first state to reverse a schedule 1 kratom law. Kratom is now legal in Tennessee to be sold to those 21 years and older with specific labeling requirements.

If you want to check your place and the current regulation over there, just click here.

If you are still confused about the legality of using Kratom in your region, you can get the accurate information from the state or the local government.

There are no special controls on Kratom in the US; it is legal to possess, cultivate, buy as well as distribute any part of the plant without needing a prescription for the same or a license for the same. But if offered as a supplement, you must check in with the US supplement laws. In case of its consumption, if used as a drug or food, check the FDA regulations.

The good news is that most Americans are buying and using it legally. People can find it in various vape or tobacco shops, convenience stores, online, etc. It is no more a product which is sold under the counter or needs to buy in the darkness.