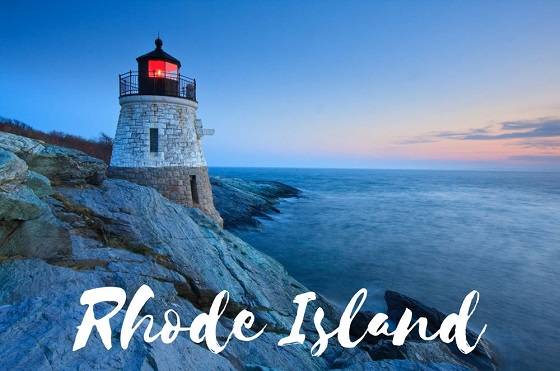 You are surely at the right place if you want to know about the updates on Kratom in Rhode Island.

Let us first get a little introduction to Rhode Island. Despite being the smallest U.S state by area, Rhode Island enjoys a beautiful and scenic 400-mile coastline and is nicknamed ‘the ocean state’.

Rhode Island happens to have some of the world’s best surf towns, a rich musical history, fantastic outdoor escape opportunities, and great food. Not only this, but it also hosts one of the country’s most exquisite historic architecture, galleries, and museums.

Rhode Island is just an easy weekend trip from New York City and Boston. The place is known best for its state capital, Providence and the grand Gilded Age Mansions lining Newport’s famous Cliff Walk. The folks are also as friendly as you can get. In short “Rhode Island is a place you gotta love.”

Recently a lot of talks are going on in Rhode Island about Kratom. So let’s dive deep into this matter which has become an issue of concern for this lovely ocean state.

A Brief About Kratom

Kratom is a substance derived from the leaves of an evergreen tree called Mitragyna Speciosa. It is found in the marshy jungles of Southeast Asia.

Kratom is also known by the names of Biak, Ketum, Kakuam, Ithang, and Thom. Kratom has constituents that fall in the class of alkaloids.

Some side effects are also possible with Kratom, but it is currently listed as a legal substance at the federal level.

Traditionally Kratom was used by boiling its leaves and chewing them. These days it is mostly being used in the form of powder, tablets, capsules, and drinks.

Legality of Kratom In Rhode Island

As far as legality is concerned, drugs with opioid-like effects are always under the government’s radar, be it state government or federal government. The ban on Kratom in Rhode Island happened in 2017 after surfacing of some unfortunate news of Kratom related deaths.

Initially, there was a lot of confusion about the ban as Kratom did not seem to be listed in the Rhode Island controlled substances act. Shortly then, news stories emerged reporting that arrests were made in the Rhode Island on kratom possessions; finally confirming the ban.

The Federal Drug Agency (FDA) was already concerned about Kratom because of it’s opioid and some stimulant-like effects. The news of 44 deaths involving kratom consumption further aggravated the situation.

The Rhode Island government also got alarmed by the new developments regarding Kratom. A decision was taken regarding the legality of Kratom, and it was deemed appropriate to ban it for public consumption.

Investigations transpired the fact that the deaths were actually caused because of reckless use of adulterated Kratom. Incidentally, there were other non-kratom drugs or substances which were combined with Kratom resulting in some undesired interactions and leading to the deaths.

FDA says that it is actively evaluating all available scientific information on this issue. FDA also continues to assert warnings regarding Kratom.

According to the FDA, the goal is to encourage more research to understand better Kratom’s safety profile especially the use of Kratom combined with other drugs.

There are currently six states in the U.S. where Kratom is included in the list of controlled substances. Internationally, Kratom is banned in sixteen countries.

There also happens to be a considerable presence of advocates of Kratom who believe that Kratom has saved lives by treating addiction, but the scientists believe that they are still in the process of learning more about how Kratom works.

Some promising results in experiments involving Kratom have actually come out, but the tests were conducted on rats, and the scientists still need more time to be sure and develop a consensus regarding its safety in human beings.

The Drug Enforcement Administration (DEA) at the federal level in the U.S. is currently evaluating the two main components in Kratom.

According to a spokesperson of the DEA, there is a possibility that both the components in Kratom may be banned nationwide.

But, there is also a probability that only one of the components may be banned, and the other may be made available for the public as a potential medicine.

The ruling is expected to be made soon. Members of the public will be granted the right to appeal against the decision or make comments before the decision is finalized.

Meanwhile, the Department of Health and Human Services (HHS) has communicated with DEA and recommended a ban on Kratom. HHS wrote a letter to DEA which argued for a complete ban on both the components in Kratom. The recommendation was also accompanied and fortified by supporting analysis.

Some scientists firmly believe that banning Kratom is not a good idea as it happens to be quite a promising drug with great potential.

According to these scientists, Kratom can not only help in the treatment of addiction, but it also can provide safer pain relief as compared to prescription opioids.

A Washington based group that also opposes the kratom ban is earnestly trying to arrange meetings to make such scientists discuss this issue with congress.

There is earlier precedence where DEA had to backtrack from its attempt to ban Kratom in 2016 due to severe opposition from Kratom users and the members of congress.

Something You Should Be Familiar With!

Kratom, as a matter of fact, happens to be not as addictive as actual opioids. Opioids are a class of drugs that come from opium; a substance extracted from the poppy plants.

The active constituents of Kratom are classified as alkaloids and are nothing as serious in comparison to the class of substances called the opioids. So, the possibility of dependence on Kratom is relatively low as compared to the opioids.

What Is The Future Of Kratom’s Legality In Rhode Island?

The ban on Kratom in Rhode Island got some concerned parties to lobby for an end to the ban. A couple of sponsors proposed a Kratom consumer protection act that would regulate the distribution of products which contain Kratom.

The bill calls for strict control of any Kratom product which has been adulterated or contaminated by a non-kratom product. The act also calls for proper packaging and labelling of the Kratom product; mentioning the concentration of its alkaloids.

Any adulterated or synthetic version of Kratom will be illegal to sell. It will also be unlawful to sell a product with a concentration of 7-hydroxymitragynine, which is higher than 2%.

Minors would also not be able to buy Kratom.

The current status of the act is that the state’s concerned ruling committee has recommended further study concerning the Kratom consumer protection act.

The state and federal laws are often connected to the scheduling decisions made by the DEA. The results from DEA may prove to be pivotal in providing recommendations to the committee and may have a significant impact on the final decision regarding the legality of the substance of concern.

However, the scheduling of substances does not necessarily result in the complete omission of the substances from consumer exposure.

The example of marijuana is there, as marijuana happens to be on schedule 1, but many states have promulgated laws resulting in decriminalizing its possession and use in small amounts.

Things Which Need To Be Super Emphasized!

Consumers and sellers both have to act with responsibility if they want to maintain the legal status of Kratom at the federal level.

Users need to avoid recklessness by staying away from over-dosage. They also need to be wary of the possible harmful effects of having Kratom in combination with other substances.

Sellers need to be ultra-cautious so that no impurity finds its way to any kratom product and it also has to be made sure that all Kratom products are correctly labelled.

What’s The Role American Kratom Association In Getting Kratom Legal In Rhode Island?

When you go on a social discussion on FB or Twitter, it becomes quite obvious that most of the consumers who have benefitted from Kratom are quite perturbed about the ban.

Most people have stories to tell about how Kratom helped them fight opioid addiction, depression, and anxiety.

A platform for concerned Kratom users is there in the form of American Kratom Association (AKA).

This association aims to protect the consumer’s ability to use Kratom for the purpose of improved health and well being. AKA is also actively mobilizing Kratom supporters in Rhode Island.

AKA with the help of state representative “Brian Patrick Kennedy”, were able to send a reconsideration request to the director “Nicole Alexander-Scott” of Rhode Island Department of Health. The letter can be seen here.

Can You Buy Kratom Products In Rhode Island?

The present status of Kratom is that it is a banned substance, so you will not be able to legally buy it from any store in Rhode Island.

The future of the legal status of Kratom will depend on the evaluation of scientific information regarding Kratom.

If the substance is deemed fit for use, then the recommendation will be forwarded to the ruling committee. The committee, in turn, will be better able to give a decision on this matter.

Drugs derived from herbs have a lot of potential and can bring many benefits to the consumers. At the same time, proper precautionary guidelines need to be assured for consumer safety.

The FDA has taken a stance of showing a willingness to brand Kratom to be a dangerous drug with no medical use. On the other hand, advocates of Kratom say that it is a life-saving supplement.

There is a need to conduct a more profound state-of-the-art scientific investigation to sort facts from myths so that a fair decision can be made on the issue of the legality of Kratom.