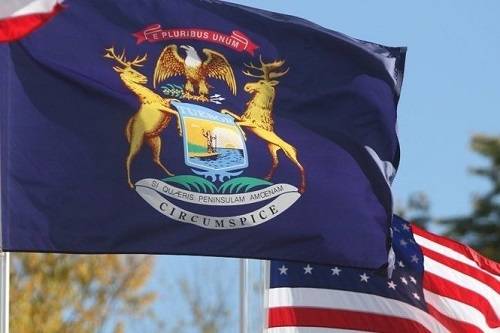 As opposed to other states which have banned the use of the ‘highly effective’ reliever Kratom, Michigan State law has opted for a wise decision of regulation for the 5 million U.S consumers.

Recently, a bill was introduced in August by Senator John Bizon, M.D., to regulate Kratom that is sold either online or at head stores or fuel stations.

Kratom will then be included in Schedule 2 controlled substance. This would allow the use of Kratom with a prescription under the supervision of a healthcare provider.

Bizon’s bill will be further discussed in the Senate Committee on Judiciary and Public Safety.

The senator has stated that the sale of Kratom in unregulated form is unsafe and has higher addictive potential.

He emphasized that the measures to be taken to regulate Kratom are important as there have been alarming numbers of deaths associated with its use.

Why Is There A Need For Kratom Prescription In The State?

Bizon is concerned that the use of Kratom with other drugs can be dangerous. According to him, its concomitant use can cause serious side effects including hallucinations, convulsions and psychosis.

There have been increasing numbers of calls received by the poison control centers related to Kratom intoxication from 2011 through 2017. The researchers report these calls to exceed 1800 in number.

Furthermore, according to the statistics of the Centers for Disease Control and Prevention (CDC), 91 deaths were reported over 18 months from July 2016 to December 2017.

Previously, there were 44 known cases of death linked to Kratom abuse nation-wide. Regulating Kratom would reduce the number of such deaths as well as cases of dependence and overdose.

According to USA Today, the CDC reports that in 90% of cases, the patients were neither being observed by a doctor nor treated for pain.

Are There Any Reported Deaths Linked To Kratom In Michigan?

The efforts of the American Kratom Association (AKA) in opposition to Kratom ban have been commendable.

In response to the deaths attributed to Kratom, the organization backlashes about the clarity of the matter.

It says that adulteration of Kratom with other drugs like fentanyl, cocaine, heroin, etc., is bound to cause overindulgence deaths.

Kratom advocates affirm its efficacy by elaborating its anti-depressive and anti-anxiety potential.

They swear by Kratom’s effective pain-relieving property and proclaim it to have a live-saving potential by providing an alternative to opioid addiction.

According to the Centers for Disease Control and Prevention, U.S. opioid addiction has killed almost 50 thousand people nation-wide and about two thousand in Michigan alone in 2017.

In 2018, there were cases of Salmonella outbreaks that were said to come from Kratom leaves. This left 199 people sick in 41 states and four in the state of Michigan.

Following this, the Food and Drug Administration (FDA) requested a recall of several Kratom products that were suspected of being contaminated.

The FDA’s Stance On Kratom

Despite the continuous support by its users, Kratom has always been the suspected drug for the FDA. The agency has issued warning about the herb, stating that one of its alkaloids mitragynine (MG) acts by reciprocating the opioid receptors in the brain.

They fear the increased risk of dependence due to its long term use.

Additionally, there is no Kratom product that the organization has approved till date. Also, warnings have been issued for people not to use any product that contains Kratom.

The FDA has analyzed the research done on Kratom for its safety and overdose, however, it opines that there is still very little understanding of its complete effects and interactions with other drugs.

According to Scott Gottliebin, Commissioner at the FDA, the agency has proven data against Kratom’s safety.

It has confiscated a host of Kratom supplements that were suspected of contamination and has sent warning letters to suppliers selling illegal products.

The organization attempts to promote Medication Assisted Treatments (MAT) for the treatment of opioid addiction to decrease the number of cases of addiction.

Through this, they aim to decline the rate of overdose, dependence and deaths caused by Kratom intoxication.

What’s The Actual Legal Status Of Kratom In Michigan State?

At present, Kratom is legal in the state of Michigan. In 2014, a bill was introduced by Senator George Darany of Democratic Party suggesting the inclusion of Kratom in Schedule V list of the Controlled Substance Act.

The advocates enacted immediately and more than 1700 people signed a petition demanding to revoke the banning of Kratom.

Thereafter, the bill faded away. Another bill was sponsored simultaneously, suggesting a ban of Kratom sales but that too did not pass and Kratom’s status remained legal.

At the end of 2017, residents of Kent County started opposing Kratom. It began after the death of a man named Eric Genautis who was found dead in his sleep, allegedly due to Kratom intoxication.

Medical examiners claimed that his death occurred due to Kratom use. However, Kratom supporters ranted that he had a history of depression, anxiety and opioid addiction that became the actual cause of death.

Four or more cases of death later set forth outcries from victims’ families the very next year; in 2018. They began to support the banning of Kratom claiming that it had opiate effects.

Finally, if the bill suggested by the Republican Senator Bizon is passed, Kratom could no longer be obtained without a doctor’s prescription.

Even though there are no pending legislatures to ban Kratom at present, there is a need for further research for proving the benefits of Kratom and to clear the spread of misinformation about it.

Are Local Shops Allowed To Sell Kratom Openly In Michigan?

According to AKA, Michigan is one of the states where Kratom is sold without any restrictions for people over the age of 18.

Above this age, you can consume, grow, buy and sell Kratom across the state. Kratom can be found in smoke shops, head shops and vape stores.

However, most of the local vendors do not have the correct knowledge and understanding of Kratom.

This leads to inaccurate advertisements for boosting sales that can be misleading. It also has a greater risk of overindulgence and dependence on Kratom.

Thus, it is recommended to buy Kratom online from trusted vendors. This is discussed in detail below.

Things You Need To Know About Buying Kratom In Michigan

Before opting for a vendor and buying a batch of Kratom, you should first educate yourself about it. You want the best quality Kratom that is pure and contaminant-free so having some knowledge about its qualities can be useful.

Having said so, you need to look for a trusted vendor selling the best quality Kratom. The desired sellers are those who follow a set of correct standards for the manufacturing and quality control of their products.

Moreover, there’s a variety of forms to choose from, including dried leaves, powder, capsules and Kratom extract. Knowing about their use and dose can help you reap the powerful benefits of Kratom.

There are different strains of Kratom available like Mang Da, Bali, etc. each having its own distinct effects. Some play a part in stimulation while other strains are more effective for sedation and pain relief.

Also, it is important to be clear about your purpose of using Kratom. This way, you can opt for a strain that best suits you.

Knowledge about the different types of Kratom and their effects will benefit you to unleash its full potential and avoid undesired side effects.

Different types of Kratom are known by their different colors. The shade of the stem and the veins on the leaves gives Kratom its color. Each type is dried and powdered separately having varying results.

Red Vein Kratom is a highly effective sedative, pain reliever as well as bears a calming potential. Thus, it can generally be used to regulate sleep, alleviate pain and bring positive thoughts. It gets its red color from the clear red stem and veins on the leaves.

White Vein Kratom is known for its potentially stimulating effects. It is widely used for boosting energy and elevating mood.

Green Vein Kratom has a mix of red and white color on its leaves. This is the most commonly available type in the market and is used in combination with other types for enhanced effects.

It is known not only for its potent energizing effects but also for enhancing decision making, memory as well as for better concentration.

Yellow Vein Kratom is a mixture of all the different colored Kratom combined and does not have very profound effects. As a result, this type has a very wide spectrum of beneficial as well as side effects and should be used with care.

3) Don’t Be Trapped By The Companies Marketing Gimmick

Never fall prey to vendors who are out there for making money. Such vendors make false claims, inaccurate advertisements, mixing pure with contaminated Kratom and what not.

These vendors are rightly blamed for bringing a bad name to Kratom world and you should be aware of them.

4) Verify That Your Vendor Is Reliable

When buying Kratom, always go for a vendor who is credible and has a good standing in the market.

Credible vendors enlist all the constituents of Kratom on their products. Not only that but they also have their products 3rd party tested which certify their legitimacy.

You can ask about the vendors from experienced users on forums like Reddit and inquire about the trusted and credible ones.

Understanding the dose of kratom you take is equally important as having knowledge about its types. This will help you achieve the desired results and keep the side effects at bay.

As there have been several cases of intoxication and death due to overdose you should always remember to start low.

Test Kratom’s effects on your body initially with a low dose then gradually increase it depending on the required effects.

Be clear about your purpose to use Kratom, whether it is getting a boost of energy, relief of pain, alleviation of anxiety or to get rid of opioids.

Subsequently, it is also highly recommended that you consult your doctor for knowledgeable advice on the type and amount that will be suitable for you.