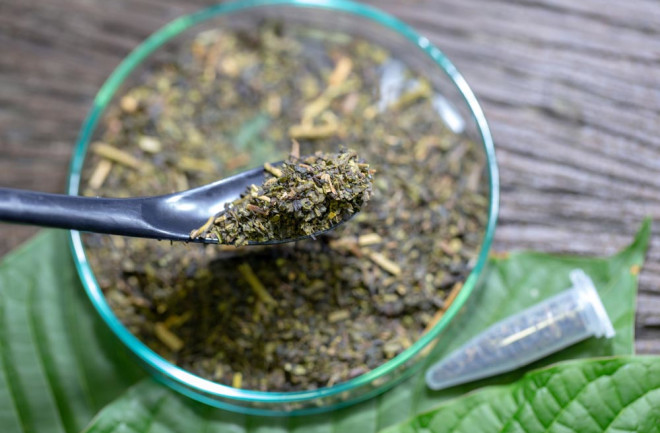 As the U.S. kratom industry is growing by leaps and bounds, the use of Kratom creeps into every segment of society. Everyone equally loves to add it to the daily regimen- from adults to the aged, the working women to stay-at-home mums, corporate employees to businessmen.

Likewise, the Federal Employees to are keen on its use. However, given their stature and influence, they seem to be in a constant state of confusion about what rule of law applies to them. The following article intends to shed light on the perspective:

Who Are Federal Employees?

Federal employees are the individuals who fall within the federal government’s employment sector. These employees can be broadly categorized into three main branches of the U.S. Government based on their job type. These include:

1) Executive: This branch holds the senior-most position executing all major government operations. These include high-profile individuals like the president, vice president, cabinet, and other federal positions.

2) Legislative: Constituting the House of Representatives and Senate, this branch is entrusted with the responsibility of creating and enforcing new laws and regulations.

3) Judiciary: Finally, this branch assesses the laws already enacted and settles disputes and cases in Supreme and other Federal Courts.

So anyone working in either of the three branches of government, qualify as a federal employee. These can be civilians or politicians, Heads of departments such as Labor and State, or those working in law enforcement, public health, science, and engineering. Besides, federal employees may also include clerical workers such as database administrators, office clerks, and administrative assistants.

Is Kratom A Controlled Substance?

A controlled substance is a drug or chemical whose manufacture or use is restricted in dietary supplements.

Currently, Kratom is legal at the Federal Level though the DEA considers it a “drug of concern.” On the other hand, a statement issued by the FDA clearly states that it has “exercised jurisdiction over Kratom as an unapproved drug, and has also taken action against Kratom-containing dietary supplements.”

The investigations on its compounds and impact are currently underway. However, they are greatly hampered because “to date, no marketer has sought to properly develop a drug that includes kratom”. Consequently, the FDA’s signature process to evaluate botanical drug products doesn’t apply to Kratom.

In addition, the government’s primary concern is its advertising and marketing as “a safe treatment for various health concerns.” The plant is repeatedly marketed far and wide as a natural reliever that acts as a great alternative to prescription opioids.

However, the Food and Drug Administration has fought hard to counter this view. A recent notice issued by the FDA in 2021 clearly states that “Kratom is an increasingly popular drug of abuse and readily available on the recreational drug market in the United States.” They conclude that Kratom contains compounds that “make it so it isn’t just a plant – it’s an opioid.” Indeed, modern research has revealed that Kratom affects the same opioid brain receptors as morphine.

While Kratom is repeatedly marketed as a miracle drug that improves work productivity and counters fatigue, anxiety, and pain, it is essential to remember that it is a serious drug that can result in severe consequences if not adequately regulated.

In one historic move, during the recent U.S. government shutdown, online Kratom vendors began schemes to offer free Kratom to furloughed federal employees and those working without pay. It seems while the government is not so friendly towards Kratom, those striving to spread its Gospel really are!

Is Kratom Legal for Federal Employees?

Kratom is currently legal for consumption on the federal level, but the U.S. Food and Drug Administration has repeatedly warned consumers not to consume Kratom products. The agency has issued several alarming reports about the adverse effects of Kratom, and there are currently no FDA-approved Kratom uses.

The Federal Employees have full right to benefit from this miraculous herb without any fear of crossing the legal boundaries. However, given the rampant opposition by two top-tier government agencies, namely the FDA and DEA, many government officials and employees are reluctant to accept its use. And, those who do so regularly feel shy of publicly using or endorsing the products.

For Other State Servants- Military, Naval, and Air Force Personnels

Kratom’s use has been strictly prohibited for military personnel and is a severe offense of the military code of conduct under Article 92 of the Uniform Code of Military Justice. It is regarded as a mind-altering substance with known psychoactive effects.

Likewise, the substance is also banned for Airmen, i.e., the Air Force personnel. According to Air Force Instruction 44-121, paragraph 3.5.6, “the knowing use of any intoxicating substance, other than the lawful use of alcohol or tobacco products, that is inhaled, injected, consumed or introduced into the body in any manner to alter mood or function.” The same rule of law applies to the Naval.

Is kratom Safe For Federal Employees?

As someone with a great sense of responsibility, it is natural for Federal Employees to naturally be worried about Kratom’s side-effects for hampering their productivity.

A 2019 USA Research, Current Perspectives On The Impact Of Kratom Use highlights that there are not just one or two drawbacks involved with the use of Kratom. Consumers must bear in mind that high, consistent, or inappropriate use of the plant has been linked with a lot of other grave consequences, such as the following:

Perhaps, the greatest drawback associated with the use of Kratom for Federal Employees is its addictive nature leading to the risk of potential abuse and withdrawal symptoms once the service is ceased. Therefore, we urge users to practice caution and always go for low to moderate doses. Plus, they must stop using it daily and limit the usage to 3 to 5 days a week.

Originally hailing from Southeast Asia, Kratom is one of the newest entries in the U.S. drug market. Recently, the herb has witnessed immense growth in demand across all mediums and segments of society. Today, it is increasingly advertised as a legal drug in smoke shops and online.

However, the conflict between whether it has potential for abuse or a promise for therapeutic use has halted all the efforts to make it a Schedule I Controlled Substance- although the DEA announced in November 2018 that it would declare it illegal in the near future.

Also, some six states have chosen to ban it. As a substance that is federally legal and not yet placed on the Drug Enforcement Agency’s Controlled Substances List, the federal employees are allowed its use.

However, other influential personnel like military, naval, and air force service members are strictly prohibited from using Kratom or any product containing Kratom whatsoever. But despite the federal government’s hostility towards Kratom, the industry has been so welcoming towards the employees.