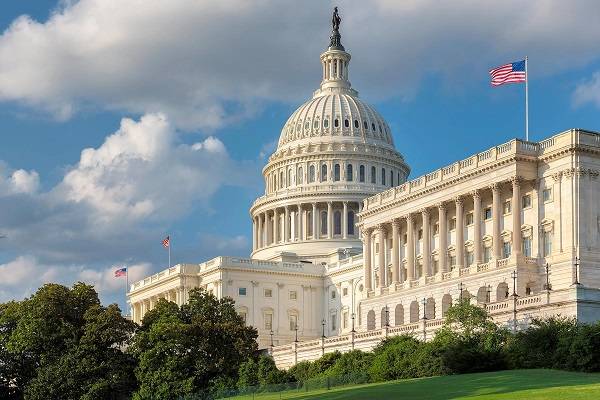 In this article, we are going to discuss the history of the legality of Kratom, its latest legal status in Washington, where Kratom is available in the state and what you should know before buying it?

Kratom has been largely used for the management of pain, as an alternative to opioid withdrawal as well as for recreational purposes lately. Its stimulant effects have been cashed by most local workers that needed high physical activity in Thai and Malay where the plant is native to.

At first, it was praised for its benefits by its consumers but later as people used it with other drugs and contaminants caught onto it, there arose cases of dependence as well as a few deaths. It was at this time the Food and Drug Administration (FDA), the U.S was alarmed and had serious concerns over its safety, casting a suspicious eye over it in the 90s.

What Is The History Of Kratom Legality?

The use of the plant in the United States as an energy booster and a pain reliever dates back to the post-Vietnam War period when the soldiers continued using it after their return from Southeast Asia. The leaves of Kratom were chewed, smoked or brewed as powder and it was considered not to cause any death nor was it associated with symptoms of addiction or withdrawal more than those of caffeine.

Later, with its growing popularity, the shop operators were accused of being involved in illegal mixing of other drugs such as heroin and morphine. This lead the Drug Enforcement Administration (DEA) to issue a warning against Kratom in 2005.

A number of deaths in Sweden in the year 2009 lead to the growing concerns of FDA and DEA alike which later directed to the placement of the Import Alert by the FDA in 2012. Due to the safety warning released by FDA and DEA, selling of Kratom was banned in six states from 2012 through 2016. However, these alerts failed to issue a distinction between natural organic Kratom and the adulterated one.

In August 2016, upon request from FDA, the DEA added the two main Kratom alkaloids mitragynine (MG) and 7-hydroxymitragynine (7-HMG) in the Schedule I list, banning their use.

This notice was later withdrawn in October 2016 by the DEA, inviting public remarks and further asking the FDA for an Expedited 8-Factor Analysis (8-FA) justifying the scheduling of Kratom by December of the same year. Nevertheless, the FDA failed to do so.

According to the American Kratom Association (AKA), more than 23000 people (99.1 %) commented against the ban of Kratom whereas only about 100 were in favor. Those against the ban included scientists, doctors, vets, law enforcement bureaucrats along with Kratom users. The FDA was then able to present the 8-FA, renewing its request to schedule MG and 7-HMG in October 2017. It also claimed Kratom having opiate-like effects and that deaths by its use had risen to 36 but still without any distinction between organic and adulterated Kratom.

In February 2018, FDA claimed of confirming Kratom’s opioid-like effects through a computer modeling tool. Also, it stated that the number of deaths caused by Kratom use to have increased to 44 over a period of nine years. However, Jane Babin, Ph.D. Molecular Biology of Purdue University condemned these claims stating that FDA’s own reports state that there were other factors involved that caused these deaths such as other medical conditions, co-administration of drugs and intake of adulterated Kratom.

On the contrary, in June 2018 and July 2018 consecutive animal studies were conducted which elaborated that the Kratom alkaloids MG and 7-HMG were not ‘dangerously addictive’ as well as it was reported that MG had limited abuse potential. This lead to the rise of the buzz among Kratom advocates and further changes in the legal status of Kratom took place.

Is Kratom Legal In Washington?

The answer to this is yes! Kratom is legal in the state of Washington. Although Kratom is legal at present, it was believed to be a cause of disease in several regions in 2018.

According to K5 News, there had been salmonella outbreaks throughout the nation which had left 10 people sick in Washington State. This was thought to come from Kratom plant. Thus, there goes all through, a tug of war between Kratom advocates and legislation officials to impose or lift a ban from Kratom which keeps on shifting.

As for Washington DC, the District of Columbia, Kratom legality remains a controversial subject. The Controlled Substances Act of the district enlisted 7-HMG in chapter 12. Despite the fact that this left Kratom banned in the capital in 2016, the users’ protest and the efforts undertaken by American Kratom Association (AKA), the ban was lifted in 2018 by DC legislators.

The imposed ban on Kratom was highly unanticipated by its advocates and affected quite a lot of Kratom vendors, greatly impacting their businesses. According to HuffPost, highly furious about the ban, hoards of vendors and agitated consumers gathered in the capital, participating in processions to increase awareness about the misinformation of categorizing Kratom as an opioid. They were greatly proactive in rallies in the hope that the prohibition on Kratom should be lifted.

Users supported the campaign by buying T-shirts from AKA labeling ‘Kratom saves lives’, states a volunteer-run Facebook page. It also appears that Kratom warriors demanded its legalization by sending emails to the City Council Naperville, Illinois. The city council thereby agreed not to issue a ban on Kratom, rather just impose under 21 restriction.

Subsequently, the removal of 7-HMG from Washington Schedule I list in 2018 by the legislature is the latest update so far. Neither the term Kratom nor any of its alkaloids are to be found anywhere in the list. This eliminates any off-the-stage development and provides good news for the supporters that Kratom is presently legal!

Where Are Kratom Products Available In Washington State?

Kratom is available in some herbal stores and smoke shops in the state. You can also find it at local head shops, vaping stores, shops at gas stations as well as at kava bars and bars inside hotels. Other than the local vendors Kratom is also available online at explicit Kratom stores.

Buying Kratom online holds several benefits one of them being cost-effectiveness of Kratom. A wide range of fresh Kratom is available at the online store. In addition, most trusted suppliers have their product lab-tested for purity and have passed it through a quality-control check.

What To Know Before You Buy Kratom?

If you want to restock your Kratom stores or are curious to try it for the first time after getting to know about its alluring popularity, here’s what you need to know before getting hold of a product.

1) Verify The Legality Of Kratom In Your State

Although Kratom has been legalized in the capital of U.S Washington D.C as well as several other states, there are regions where it is controlled or banned altogether. Hence, it is best to find out about the legal status of Kratom in the state you are currently in or planning to move.

Vendors will not supply it to the areas where Kratom is banned. Additionally, if you take it to a state where it is illegal might lead you in trouble with a fine as well as detention.

2) Effects Of Different Strains Are Distinct

There are different vein types of Kratom, each having a different color; white vein Kratom, red vein Kratom and green vein Kratom. These colors are formed by the shade of the stem and veins on the leaves. These distinct types are dried and powdered before supply.

Different strains of Kratom are found in different geographical locations. Each has been exposed to different amounts of nutrients, sunlight and humidity levels thus, having varying alkaloid levels.

In addition, yellow vein type Kratom is also available. This is a blend of all the vein types into one, having combined properties of all of them. So you should have some knowledge about the different vein types of Kratom before opting for one.

Kratom might be available at cheaper rates with a vendor but that might not be very potent and you would need higher dose to see its outcomes. As a result, you would need to buy it in large quantities. Although you can make some savings by buying Kratom in deals but saving on a cheaper Kratom is a myth.

Kratom at every vendor is not made the same way. Credible vendors want to provide the purest and uncontaminated form of Kratom and this needs good practices which are pricy.

Additionally, you don’t want to support vendors who are damaging the Kratom community and bringing bad names to Kratom. Thus, make sure the vendor you go for either online or from a local store is credible and follows good practices.

4) Ensure The Product You Chose, Even The Most Expensive Ones, Have Undergone 3rd Party Testing

Make sure the vendor you opt for, have their product 3rd party tested. These are independent labs which give legitimate results. The purest form of Kratom is the most raw and free of contaminants which should be certified by a 3rd party.

Good idea is to buy a small sample from a store and try it out before making a whole lot of investment on a full batch. If you get the desired results, you can then buy in large quantity or try another vendor if you are not satisfied.

There are several forums online for example on Reddit that are devoted to Kratom, where users share their experience and knowledge. There, you can find out the legitimate vendors and discuss any topic you are curious about.

Enthusiasts on these forums also talk about the latest developments related to Kratom. Hence, you should definitely be a part of such forums and communities in order to stay updated with the latest news.