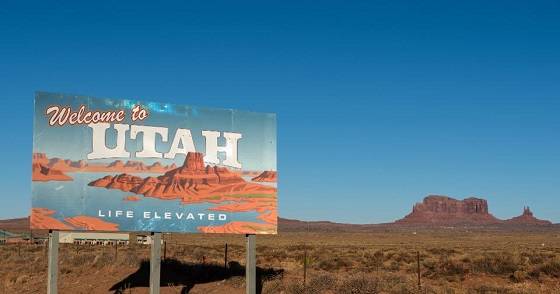 Recent studies about Kratom have revealed the fact about its interactions in the body associated with severe adverse effects, including overdose and death. Many divergent views about Kratom are prompting for more and more research.

The question arises here about the purity of Kratom, which is being sold. Are you getting pure Kratom? Well, you never know.

Some health care professionals want it to be banned, and on the other hand, some didn’t support this idea. Dr Peter Grindspoon, MD., has researched a lot about Kratom and said that banning Kratom would be unfair for chronic pain sufferers if they don’t want to rely on prescription drugs or opioids.

Further, He said, “you don’t know what you are getting when you buy Kratom. You only buy Kratom what is being sold to you in the capsules in the powder, and they call it Kratom And there is no oversight of the growth, production, packaging, distribution, or sales of Kratom.”

Dr Oliver Grundmann conducted a survey and found robust evidence, such as the most commonly reported benefits of Kratom were increased energy, better mood, and alleviation of pain. And after it, he said, “benefits of Kratom for its users depends on the quantity of Kratom used and what products are being used according to anecdotal emerging evidence”.

Further research about the therapeutic uses, safety, toxic effects, abuse potential, addiction potential, or Kratom and its constituents are needed to ensure the safety of people.

Natural herb, Kratom has been used for several years to treat chronic pain and musculoskeletal problems, and still, it is equivalent to modern pharmaceuticals.

Herbal remedies are used by millions of citizens of the US, because of its less toxic effects than opiates, and it’s easy availability without a prescription. When combined with other prescription drugs, it may interact with the body and impart poisonous effects.

Efficacy of this herb is not proven yet, but still, this is used extensively despite its ongoing battle for a permanent place in the market.

Legal Status Of Kratom In Utah

Kratom is currently legal at this time. In March 2019, Utah passed the Kratom Consumer Protection Act and became the first state to regulate Kratom. Utah Senate Bill 58 was passed and signed by the Governor.

According to the contents of this bill, only the purest form of Kratom will be legal, and vendors would properly label it before the sale. Any contaminated or adulterated form of Kratom would remain illegal.

Kratom products are readily available at smoke shops and head shops or by online orders. Kratom is currently banned in six states which are mentioned below:

History Of Legal and Regulatory Considerations For Kratom In Utah

A lot of divergent views about Kratom and constant efforts of the FDA to make it an illegal substance was always an ambiguity for the public.

FDA did not approve Kratom as a Dietary Ingredient, although there are no Gold Standards for an ingredient to prove its efficacy.

In 2019, the FDA said that “Kratom acts on the same opioid brain receptors on which morphine acts, and it has properties that expose consumers to the risks of abuse, addiction potential, and dependence.”

The Center of Disease and Control Prevention had linked Kratom to the 91 deaths due to drug overdose across 11 states between July 2016 and December 2017.

Adulteration with heavy metals like lead and opiates poses serious health hazards to the public.

So the American Kratom Association took the responsibility of public protection by prohibiting impure Kratom supply. It would be challenging to regulate Kratom without going through clinical trials.

What Is The Safe Dose Of Kratom?

The recommended dose of Kratom varies between individuals depending on the build of body, weight, age, sex, and health status. It is generally recommended that you should start with a low dose and gradually increase it until you achieve the desired effect.

The minimal dose of Kratom is 1 – 2 grams and enhances energy, and the moderate dose is 2 – 5 grams, which reduces pain. A high dose is 5 – 15 grams, which causes opiate-like effects.

Very high dose is >15 grams which cause sedation and is the most potent of all. Consumers must have full knowledge of its safe doses before buying and ingesting Kratom.

How Long Do Kratom’s Effects Last In Your Body?

A piece of good news about Kratom is that it takes 15 – 20 minutes to affect so you won’t have to wait much for its effects to start and to diminish. One thing that’s worth mentioning is its stay in the body, and its effects last for 2 – 3 hours.

Kratom’s effects diminish within hours so you could get back to work again. It also depends on the dose of Kratom, as low to moderate doses cause systemic effects for up to 2 hours while high doses for up to 5 hours.

DEA and FDA Views About Kratom

The Drug Enforcement Administration (DEA) has recently placed Kratom on the list of Drugs and Chemicals of Concern, but it is not labelled as a controlled substance yet.

Further, DEA is threatening to make it a schedule 1 controlled substance due to lack of any proven effects, its supporters claim.

The Food and Drug Administration (FDA) is concerned about Kratom because of no approved benefits, and its mechanism of action is more or less the same as morphine. Because it acts on the same opioid receptors in the brain, called “mu receptors” on which other opiates act.

FDA strongly believes there is no benefit of Kratom, and here is a conflict between physicians and drug administration.

In 2005, adverse effects of Kratom were reported to DEA, resulting in a warning issued about the safety of Kratom.

Nine deaths reported in Sweden associated with the use of Kratom, but the fact was the intoxication of Kratom with a toxic dose of opioid analgesic O-desmethyl tramadol, which is ignored by the FDA and DEA. Due to the deaths of citizens, the sale of Kratom was banned in 2016.

In 2016, the FDA proposed to add it to a list of scheduled substances because of its active components mitragynine and 7-hydroxymitragynine. After this proposal, the majority were not in favour of this ban, and only 113 out of 23,232 were in favour.

In 2017, the FDA again requested to add it to a scheduled substance due to 36 deaths. FDA failed to distinguish between death due to natural Kratom or potent adulterated Kratom.

Research conducted by NIDA shows that FDA claimed deaths resulted from the use of adulterated products, not from natural Kratom.

Now the FDA has given the authority to seize and remove adulterated products and refer them to the department of justice.

Utah is a state in the midwestern United state. It has a population of almost 3 million and 13th largest with respect to area. It is bordered by Mexico, Nevada, Arizona, and Colorado.

Utah is found to be among one of the best states to live in the future considering its economy, lifestyle, education, transportation, and information technology.

People from worldwide are attracted to these spots and, despite their busy schedule, come over to see the beauty of nature.

Locals and foreign tourists who are fond of nightlife and smoking have an excellent opportunity in Utah for a variety of smoking products and even alcohol. Kratom availability in Utah is considered an opportunity for those who reside in the countries where its use is prohibited.

But they always need guidance from experts, physicians or frequent users about Kratom, and its effects on the body.

A Beginner’s Guide To Buying Kratom: Effects, Uses and Vendors

Kratom is a relatively safe, inexpensive and legal herb in the majority of the United States. Leaves of this plant are crushed to a powder, chewed and brewed by some. Kratom is available in the form of:

There are different strains of Kratom which can be identified by the colour of the central vein. These include red, green and white coloured strains which impart different effects when ingested.

Commonly reported effects are reduction of anxiety and pain, enhancing energy and sexual drive. Effects observed depend on the dose and strain of Kratom used.

Now comes the question, from where can you buy pure Kratom? To enhance the safe delivery of Kratom offered to consumers, the American Kratom association developed a good manufacturing program (GMP) for the processing and manufacturing of kratom products.

This program has a list of vendors meeting the standard requirements and who have fulfilled the commitment to qualify for this program. To maintain a qualified status, they have to go through several steps.

Here are details of some local stores and online vendors which might help you in choosing the best product.

One of the best smoke shops in Utah, satisfying its customers with a variety of their products such as E- juice, Mods, Tanks, Water Pipes, CBD and Kratom products. Its opening hours are 9 am – 10 pm.

It has all the smoking products one needs, such as Vapes, CBD’s, E-liquid, and Kratom.
Its opening hours are 9 am – 10 pm.

Utah’s one stop smoke shop fulfils all your smoking and vaping needs with Hookahs, Water Pipes, Vaporizers and Kratom. Its opening hours are 9 am – 9 pm.

It provides high-quality smoking products and a variety of E-juices and Vaporizers.
Its opening hours are 10 am – 9 pm.

This smoke shop offers smoke products in a reasonable range and has customer-friendly staff.
Its opening hours are 9 am – 10 pm.

Local Stores Of Kratom In Utah

This shop has a great selection of Hookahs, Shisha, and other smoking products.
Its opening hours are 10 am – 10 pm.

This shop has excellent customer service and a great selection of E- juices, Vape supplies, and Kratom products.
Its opening hours are 10 am – 8 pm.

One of the best local tobacco shops in town offers its customers every smoking product at a very reasonable price.
Its opening hours are 9 am – 9 pm.

A Local smoke shop with the best variety of smoking products such as hasheesh, CBD, and Kratom.
Its opening hours are 9 am – 9 pm.

This shop has knowledgeable staff and a good selection of water pipes, vaporizers, and smoke products.
Its opening hours are 10 am – 9 pm. 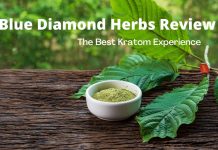