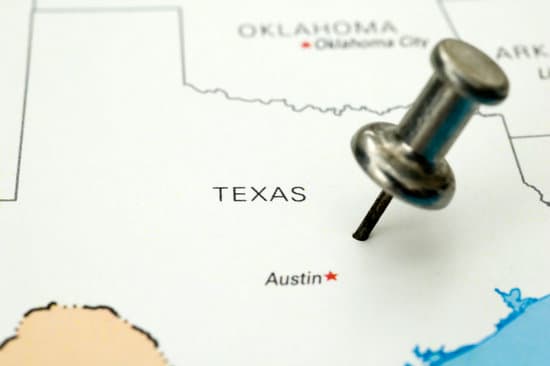 In the United States, every state has its laws and policies due to which various commodities do not have the same status across the country. Kratom made its way into the United States in the 2000s, but there were many states and cities where it was illegal for the longest time!

Texas is one of the several states that has accepted the advent of kratom in useful ways. The natural substance is not only legal in the state, but there are also many smoke shops, bars, and retailers that supply quality kratom to users.

It is a natural phenomenon that every beneficial substance or food faces extreme controversy when a fraction of the general consumers start talking about it. The same was seen in the United States for a lot of natural and organic supplements recently.

At first, marijuana and hemp were on the watch. There were severe penalties for selling and consuming cannabis, but with time and some research, it changed.

In the early 2000s, kratom made way to America, and then it was the substance that got banned and was inappropriate for consumption.

The FDA still does not recognize kratom as a health supplement and does not regulate manufacturing or selling standards. However, all through these years, the one thing that has kept kratom accessible is the raving user reviews!

How The Texas Received Kratom

Kratom, a plant from Southeast Asia, has faced many bans and retaliations in the past two decades. This plant was introduced in the United States in the early 2000s, but since then it has seen lows like no other natural substance for health.

Kratom legality is still a question mark for many users. Do potential buyers ask if kratom is legal or not?

If you are from Texas, you might have asked about kratom legality in Texas as well!

Before buying this health-enhancing supplement, people often ask if it is legal to buy, carry, and consume kratom in Texas.

Here’s some good news for consumers in the southern state: Kratom is legal in Texas!

When it comes to personal freedom, the state of Texas understands that people want to live on their own. Hence, the use of natural substances that people use for health benefits is not prohibited in the state.

Kratom powder, tea, and capsules, etc. come from the kratom tree leaves. This tree only grows in the Southeast Asian region and is exported to various manufacturing and processing units all over the United States. It is helpful for opiate withdrawal, pain relief, and stimulating the nerves.

Kratom users often sing praises of this substance on social media and other public forums, from where new users also want to give it a shot. People who have suffered pain and health issues for years, find relief in kratom as it liberates them from suffering.

Kratom has finally given millions of people the ability to lead a productive, healthy daily routine! This ability makes kratom a favored and liked natural supplement.

Medical Conditions That Kratom Can Treat

This natural supplement is a pain killer and an opioid withdrawal tool. However, there are many other health conditions that it can help. The following are some of the benefits that kratom users can avail:

A small amount of kratom regularly can help stimulate people, so they feel more productive and energetic. Millions of users now live a fulfilling and happy life, which was not even a possibility before!

Texas is the most significant state of America, and there are a lot of kratom users who took a stand for the legalization of this supplement! Since the early years of kratom in the United States, there have been nationwide bans and restrictions on kratom.

However, Texas has been angry, and the natural substance was not unavailable anywhere in the state. With this strong stance, Texas was able to get a legalized status sooner than other places in the U.S.

Kratom was also allowed in the state since January 2018, but the conventional mindset of people is causing issues for retailers and buyers. Although, the local health workers and facilities such as the Austin Harm Reduction Coalition have been vocal about kratom’s usefulness as an opioid withdrawal aid!

Many users hope that as more knows about kratom through research and lab tests, the old mindset will change, and people will accept kratom as a health supplement.

In Texas, the state and health department unanimously allowed kratom for selling, buying, and possession.

However, there are still many hurdles in smooth trade and consistent consumption of the organic supplement. If people read the reviews and experiences of users, they will understand how kratom has transformed their lives.

This impact of kratom is what has made it a popular opiate withdrawal tool, and Texans love it. They show their pleasure through solidarity with the legalization of kratom.

The number of smoke shops has increased since April 2019 as it became known that the state is regulating kratom trade and possession. There is no restriction to sell or buy; therefore, there was an exponential rise in the number of kratom retail shops.

Several retailers share stories about happy customers and satisfied drug abusers who took help from kratom to withdraw from drugs.

The Obstacles In Kratom Business

While the people of Texas want to use kratom for health issues; there are several hurdles that the vendors and suppliers still face! Yes, Texas had legalized kratom many years ago, but even today there are a lot of problems that slow down or hinder business for kratom shop-owners and traders.

These problems can be from conventional police officers or even law enforcement agents who impose their own opinion despite law allowance. A lot of incidents were reported where police officers or bankers created problems for kratom sellers because, in their view, it is a harmful substance.

The law has allowed kratom trade and possession, and the official documentation was completed in June 2019. Even so, there are still a lot of ‘old school’ police officers or food authority personnel who try to impose their own opinion on the general public!

Many people think of kratom as a drug and do not approve of it. While this belief is a myth, the imposition makes it difficult for sellers to continue their business. The officials have also caused disturbance for hemp and marijuana sellers, but kratom is an enigmatic botanical supplement due to less research.

This lack of knowledge leads to a lot of ambiguities, which the police officials or law enforcers impose on sellers and kratom users. Even though the law permits kratom possession, several officials use their own opinions to judge people.

The year 2019 has been significant since a lot of natural supplements have been approved for usage.

In March 2019, a local smoke shop was raided, and the police confiscated their stock. Now that the Texas Bill is consolidated, the smoke shop owner demanded her products back. The police have shown no record of where the stock was!

The legal procedures to follow through and recover the stock are much more than what the smoke shop owners afford! Similarly, people were stopped at the airport in May 2019 for carrying botanical supplements.

It was a strict check, and the authorities detained the elderly lady for two nights in jail with a felony arrest. This shopkeeper’s experience and several other examples show how the authority personnel uses their titles to impose their own opinion despite the state’s allowance.

It will take a long time until people understand the state’s freedom motto and try to live up to it!

Apart from the people’s views, there are a few trade obstacles such as the banking system and smooth monetary transactions during kratom trade.

Bank Reluctant To Do Business With Kratom Retailers

Banks are always conservative in practice, but in a free state like Texas, it comes as a surprise! Numerous banks resist money transactions and do not allow credit card or debit card payments from smoke shops or online shops.

This resistance also stems from the conventional thought process that termed kratom as a drug. For banks, kratom is not a very desirable commodity to deal with.

While bank policies allow kratom shop-owners and buyers to be able to send and receive money through trade, conservative bankers don’t feel comfortable about it.

Another reason for this may be that more significant bans follow the federal laws, and kratom is still not 100% legal for consumption and possession in all states.

Cryptocurrency remains a safer way for users as well as suppliers because there are no transactions to be approved, and the waiting time is less. However, the banking industry remains conservative, and many users feel this lack of convenience.

The People of Texas and Kratom

Kratom helps people with issues that require very high potency medicines for long periods. Since kratom saved them from the hassle of opiates and the side effects with them; it has become a hot seller! However, before the state of Texas legalized kratom use, the people played an active role in getting this bill passed!

After the FDA crackdown of kratom in 2012 and 2014, the DEA termed kratom as a Schedule 1 drug in 2016. The people of Texas, who were aware of its benefits for health, became furious and also expressed it in the form of protest.

Several stores opened in Dallas, Arlington and other cities of Texas as a public message that people want kratom to remain legal!

In Texas, the laws are more liberal than other states, and kratom usage is allowed for all adults. You don’t need to have any condition diagnosed, or a medical prescription either.

In the state, kratom usage is allowed as long as you remain aware of your own limitations.
It is always advised that people read up about the dosage of kratom before using so that they can avoid any unwanted side effects or serious outcomes.

Every natural supplement is mild, but it can also have severe side effects if not taken in mediocrity. There have been several cases of seizures, palpitations, and serious side effects, which you must immediately talk to your doctor in case of emergency.

Texas had a unique attitude towards the kratom ban as they expressed their anger. This public reaction is what led to legalization, and the users felt that it was the right step.

People who use kratom love the supplement as it can alleviate pain and help them avoid the medicines that were part of their daily routine. This fight with illness made the fight against kratom ban a powerful one and of course, they won!

The American Kratom Association played an active role in restoring the status of kratom while the police and disciplinary officials used their own judgment. The AKA extended support to kratom sellers in Texas and while there was resistance — the supply of kratom did not stop! This was indeed a bold step that helped the Texan population accept kratom. Now millions of users rely on kratom to lead a more focused and productive lifestyle!