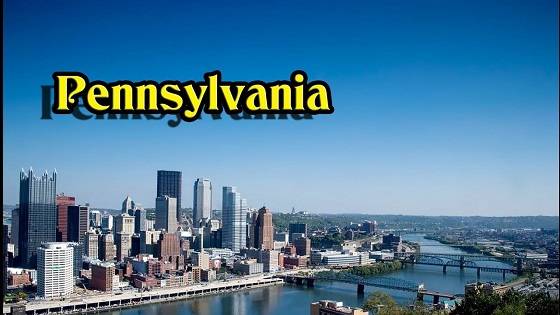 There has been an ongoing debate about the Southeastern plant; Kratom, which is said to have various health benefits and on the downside warned to be harmful. Consumers opine that Kratom has long been used for several benefits and has great pain-relieving properties that make it popular.

Despite the advocacy by its users, the FDA along with the legislature of several states keeps issuing warnings against Kratom and every now and then, tries to impose a ban on it. As a result, there remains a continuous battle between its supporters and those who consider it detrimental to health.

As the possession and use of Kratom grow, it gives rise to numerous queries and confusion among the public about the efficacy of the herb and its laws within the country. The legal status of Kratom in different states in the United States has become the talk of the town. Here, we shed light on the laws about Kratom in Pennsylvania and the debate that goes on between the supporters and the opponents.

Can You Carry Kratom In Pennsylvania?

There are six states in the U.S where Kratom is illegal. This includes Alabama, Indiana, Rhode Island, Arkansas, Wisconsin and Vermont. They have enlisted kratom as a controlled substance. There are other areas where its use is legal but under 21 restriction is applicable such as in Tennessee. This means that in such areas you cannot possess, use or sell kratom, doing so will make you liable for political action.

As for Pennsylvania among other states, it is legal. This means that there are no restrictions whatsoever for people to use, consume, possess or sell kratom.

Scott Conklin, the Pennsylvania State Representative voiced his intent to impose a ban on Kratom by enlisting it in the Schedule 1 list. In the month of April this year, he sent a memo to the house looking for support in order to pass a bill for banning Kratom. In his memo he insisted that in order to protect people and save lives for the preservation of Pennsylvania it was imperative to ban Kratom which was his subject line.

He further blamed kratom to have taken lives in the state. He expressed his desire to eliminate Kratom from shops and houses before it causes a ‘widespread epidemic’. To his surprise, as soon as he announced about his intention, a lobbyist from AKA flew all the way to meet him. Conklin also received hundreds of emails from all over the country asking him not to pursue his objective of banning kratom.

Kratom Overdose Has Lead To Deaths In The Pennsylvania State

The rising concern of FDA about Kratom safety has multiplied after the reported deaths in the state. NBC10 News reported deaths of at least two men in 2018 due to intake of a legal herbal supplement used for opioid withdrawal and other medicinal purposes. In June and April 2018, Caleb Jonathan Sturgis of West Bradford Township and Ryan Jones of Caln Township died respectively due to acute intoxication of kratom. Chester County Coroner’s office reported that both were cases of an accidental overdose of Kratom.

According to the FDA, they are aware of 36 deaths caused by kratom either due to its overdose or co-administration with other drugs. In 2016, the Drug Enforcement Agency (DEA) attempted to ban the use of kratom but was forced to reverse its endeavour after an outcry from its consumers including both civilians and congressmen.

The Use Of Kratom and Its Support By Advocates

Many people across the nation have started using kratom as a life-changing herb. It has been incorporated in their lives and provides them relief from chronic pain as well as effectively gives stress-relief and energy for physically demanding work.

Most supporters state that kratom has been falsely labeled unsafe and does not produce hallucinations, rather has addictive effects similar to coffee. They further rant that kratom has a great deal of positivity giving their lives a meaningful change. According to them it alleviates depression and boosts energy.

Although mitragynine (MG) and 7-hydroxymitragynine (7-HMG) alkaloids in Kratom were added in Schedule I list of Controlled Substances Act by Drug Enforcement Administration (DEA) upon recommendation from FDA, in 2016.

However, this was reversed after two months and people requested to share their remarks and experience. In response to this, 99.1% of commenters opposed the ban on Kratom and most of them were qualified professionals like doctors, scientists and lawyers.

Having said that, making Kratom illegal would not only disappoint over 5 million consumers in the country who have resorted to Kratom for multiple ailments but it will also be a great setback for the vendors who stock up on Kratom and would fear a big loss in that case.

Kratom advocacy is not only limited to reviews and opinions, rather there are organizations like American Kratom Association (AKA) which came into being in order to protect Kratom from ‘evil eyes’ who want to ban it for public use. It carries out several campaigns, urging the ‘Kratom Warriors’ to use all means to voice their demand.

From sending emails to the relevant officials in the legislatures, wearing ‘Kratom saves lives’ T-shirts to marching out in rallies, they have not left out any medium for their cause. Social media networking websites such as Facebook and Twitter are also made full use of for this purpose and these fighters never seem to tire.

Kratom users have been warned by the FDA about its use. The organization has said that the main alkaloid mitragynine in Kratom acts on the opioid receptors in the brain and thus acts as an opioid. It is thereby thought to pose a risk of dependence and addiction. The FDA has received several reports regarding Kratom’s safety and has not approved any of its uses it’s known for. It further warns people not to consume any product which claims to contain Kratom or its constituents.

According to food and drug law specialist, Roseann B. Termini, professor at Widener University School of Law, the problem with kratom is that it is ‘too unknown’ for medicinal use. The agency keeps on evaluating the scientific studies that are available about kratom and its effects but encourages further research about its safety when consumed alone as well as in combination with other drugs. FDA Commissioner Scott GottliebIn reports that they have evidence to point out safety issues with Kratom.

In its attempt to protect the country, the organization has seized tons of supplements containing Kratom. These were worth millions of dollars and were being sold in different regions under different brand names.

FDA has also issued warning letters to vendors namely, Cali Botanicals and Kratom NC, illegally selling misbranded Kratom having other drug products. The agency is alarmed about such health frauds and has deep concerns that they will keep people from using effective therapies approved by the organization. It prioritizes the reduction of opioid addicts and aims to reduce the development of new addiction cases.

For this purpose, they are taking steps to promote Medication-Assisted Treatments (MAT) for the treatment of opioid addiction. The FDA believes that this would reduce the high risk of overdose, addiction and death caused by the use of unreliable products.

Where Can You Find Kratom In Pennsylvania?

Since Kratom is legal in the state, it can be found in some local convenience stores as well as herbal stores. It can also be found in tobacco and smoke shops, head shops and vaping stores. Shops at gas stations, kava bars and bars in hotels also contain Kratom. It is sold in the form of a pill or powder as well as dried leaves.

Kratom is taken as capsules or tablets. It can also be custom-made by pouring the powder in a capsule shell depending on the dose one needs. Its dried leaves are chewed, brewed in a coffee or tea or smoked. There are online vendors as well who supply Kratom in the aforementioned forms. However, before buying Kratom you should ensure that it has passed various quality checks.

You should have some knowledge about the different varieties of Kratom. It contains different vein-types namely red, green white and yellow vein types. These come from different geographical locations and have distinct properties. Different strains of Kratom are also available including Bali, Maeng Da and Red Dragon.

Following are the checks you should do before buying Kratom.

Can You Fail A Kratom Drug Test?

If you are concerned about an upcoming drug test at your workplace and are apprehensive about positive results due to Kratom use, you might be wondering if you can fail that test. Here’s some insight on the matter.

A good quality Kratom takes about 30-40 minutes to start showing its results and becomes fully effective after about 1 hour, after which its effects slope down. The half-life of Kratom is said to be 24 hours, which means it will take about two days for it to clean out of your system.

However, that largely depends on the dosage and the frequency of Kratom intake. As such, for a high dose intake, the sedative effects will be noticeable for about 6 hours. It further depends upon factors such as age, body fat and co-administration with other drugs.

To answer the question of Kratom showing up in drug tests has both good and bad news. Good news is that Kratom does not show up in standard 5-panel tests namely, NIDA-5 and SHAMSA-5. The bad news is that specialized tests have now developed by labs which are specific to Kratom detection. Additionally, kratom is also found to present a false positive result as methadone.

Specific blood test, urine test, hair and saliva tests are all under investigation for Kratom exposure. The former two tests are found to detect Kratom several days after consumption. However, there is no evidence at present for the latter two to spot Kratom.

Subsequently, the only way to pass a Kratom test is by being aware of the upcoming test in advance so that you can stop its use at least a week earlier. Taking detox drinks along with the pre-rid tablets can also help but that too would be beneficial only if you have a prior warning and take them earlier on.