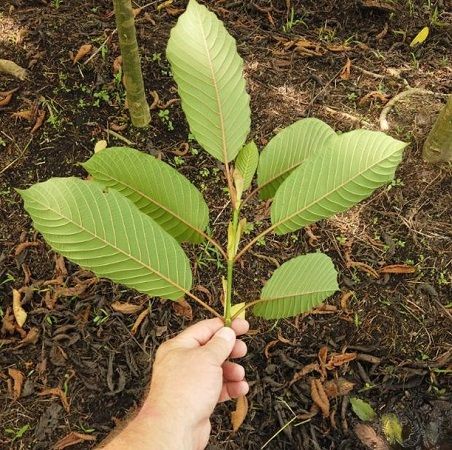 Minnesota is a state in the northern region of the United States. It ranks as the 12th largest state with respect to area. The state has many lakes in its territory and is thus known as “The Land of 10,000 Lakes”. These lakes range in size from a few meters to many miles. Due to the moderating effect of the lakes on temperature and thus making it quite pleasant, Minnesotans participate in physical activities that involve water such as water skiing, boating, and fishing. Even below-freezing temperatures, businesses are not affected; instead, ice sports such as skating, hockey, and broomball continue to provide fun to natives. Minnesota is the best place for domestic and international vacationers because of its dense forests, and seventy-two state parks used for hiking, camping, and hunting.

Among all these recreational activities, the most fascinating and interesting thing for vacationers is Kratom in Minnesota. It is a specific substance whose leaves are derived from herbal plants or tropical trees called Mitragyna speciosa — serving multiple purposes ranging from mild reduction of pain and anxiety to euphoria. Kratom is available in a variety of forms, such as leaves, capsules, tinctures, powder, and paste. It affects the body in different ways depending upon the strain of Kratom, which includes Maeng da, Sulawesi, Sumatra, Thai, Horn, and many more. Kratom is popular in Minnesota, and it is widely available in many big cities.

Kratom is currently legal in Minnesota, and everyone above the age of 18 can legally buy it according to the law. No further legislation is pending at this time for Kratom, and there is no bill waiting to be passed. But it should be kept in mind that a nearby state Wisconsin has banned its use. Further, the use of Kratom is forbidden in contaminated form and for intoxication. There is no penalty for possessing, selling, or distributing this herb within the state.

Can I carry Kratom at the Minnesota Airport?

Minneapolis and Saint Paul are two large cities of Minnesota, constituting 55% of the total population. In these cities, there are international airports where thousands of foreign and domestic tourists and vacationers travel daily. As Kratom is legal in Minnesota, it is allowed to carry it to the airport. Since some states have banned its use, taking it to those states is prohibited. The one who attempts to bring Kratom will be punished according to the laws of the respective state.

Can I use Kratom publicly in Minnesota?

As Kratom is legal in Minnesota, it is quite easy for the public to purchase it. People can easily buy and consume it within limited amounts. It became easy for both buyers to buy and vendors to sell it after its legalization. Law agencies ensure the limited use of Kratom for the safety of people. Whether it is a bar, pub, nightclub, or a live music concert, locals like to keep it with themselves in small amounts.

Is it safe to drive with Kratom in Minnesota State?

Within a drive of 30 seconds anywhere in Minnesota, there exists a lake. Thus the safety of the citizens, while driving, is the first and foremost priority of the government. Driving while being high on Kratom is unacceptable in each state. So, people are allowed to consume Kratom products in a small amount that doesn’t cause visual and coordination problems, ensuring the safety of the people. One must take care of the amount consumed before or during driving. If consumed in a large quantity, it is better to wait and let the effects of the substance wear off.

When living in a place, one must abide by its laws and its regulations. In the United States, the use of Kratom is widespread, and it is processed and consumed on a large scale. There are some rules to regulate its sale and consumption. According to the laws of Minnesota state, anyone found indulged in possessing Kratom mixed with other compounds will be considered a culprit and will be kept in prison for 90 days. Use of Kratom, contaminated with addictive substances such as opium, morphine, and marijuana, is a crime and is punishable.

Can I fail a drug test after taking Kratom?

Kratom generally takes 15 – 20 minutes to affect and has a half-life of 23-24 hours. Usually, Kratom is not detectable on many standard drug tests such as SAMHSA-5, but some alkaloids are positive in blood and urine tests. Kratom becomes undetectable in blood after three days while it stays in urine up to 5 – 7 days depending upon age, body fat, genetics, and food intake. So, you can fail drug tests after taking Kratom because of its persistence in the urine.

One particular concern here is the false-positive test after taking Kratom mixed with other medications like opium and marijuana. False positives rarely occur, but to stay on the safe side, one must avoid taking Kratom at least a week prior to some significant testing.

Can minors have Kratom?

There is a controversy about the use of Kratom in minors. Kratom can cause dependence and withdrawal symptoms when taken regularly. It can affect kidneys and can lead to lung failure in teenagers. For the safety of minors, state laws have banned the consumption of Kratom. Hence, it is illegal for teenagers to possess and consume Kratom, and anyone found guilty will face the consequences.

Can I get arrested for possessing Kratom in Minnesota?

Kratom is legal in the State of Minnesota. Anyone above the age of 18 can buy kratom products online and at local stores. Federal laws have made the use of Kratom legal, and there is no restriction for anyone to buy it or consume it. Minors can get arrested in case of its possession, while adults can purchase it anytime. But, any adult found possessing adulterated or contaminated Kratom will be arrested according to state laws. You will also get arrested for possessing Kratom in states where it is banned.

Minnesota is commonly called the land of Lakes because of the many lakes found in it. Studded with water bodies, this State is one of the most attractive sites for sightseers even during the sub-zero temperatures. Activities don’t seize in ice; instead, they use it as an opportunity for skating and other ice sports. Tourists come over here every year to spend some quality time and to boost up their energy. Minnesota introduces them to their most popular herb, Kratom, that takes away their pain and relieves anxiety and depression. Tourists can buy Kratom in any state where it is legal to use.

What are the FDA views of Kratom?

There are no FDA approved uses of Kratom, but at the same time, there are no defined beneficial uses of any dietary supplement. FDA is concerned about the physical dependence in its users and addiction in cases of its overuse. Kratom in contaminated forms contains opioids that act on brain receptors. Similarly, compounds in the Kratom interact with opioid receptors in the brain and produce sedation. It can also act on other receptor systems in the brain to produce stimulant effects. The problem arises when it is consumed excessively, leading to the dependence of the body and receptors on it.

Hideaway provides a wide variety of products along with Kratom, such as CBD products and even clothing and artwork. Its location is 1309 4th St SE, Minneapolis, MN 55414. This shop’s rating is 4.5/5 based on 785 customer reviews.

This smoke shop in Hutchinson, Minnesota, has all modern methods of smoking tobacco like E-cig, E-juice, rolling tobacco, handcrafted pipes, domestic cigars, and Kratom products. Its location is 725 Baltimore Ave SW, Hutchinson, MN 55350. This shop’s rating is 4.7/5 based on 134 reviews.

Welcome to the melting clock smoke shop, providing a complete package of quality tobacco products, cigars, and pipes. Its location is 3020 N Broadway Ave #200, Rochester, MN 55906. This shop’s rating is 4.7/5 based on 137 customer reviews.

Top Kratom Stores near You in Minnesota

Indigo smoke shop has a massive collection of Vape, Kratom, and CBD products. It is best known for its customer service and high-quality products at reasonable prices. Its rating is 4.5/5 based on 30 customer reviews.

This smoke shop has conquered the hearts of many customers with smoking products, including hookah. This shop’s rating is 4.6/5 based on 184 customer reviews.

Royal tobacco smoke shop has high-quality strains of Kratom and CBD products that make customers content. This shop’s rating is 4.7/5 based on 37 customer reviews.

Blaine smoke shop has excellent customer service with thorough guidance about the products they have. This shop’s rating is 4.3/5 based on 53 reviews. Address: 10549 University Ave NE, Blaine, MN 55434