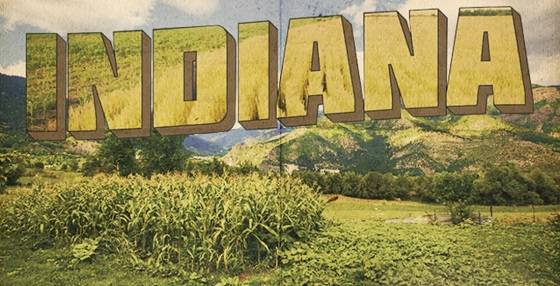 If you are interested in any of the recent update about kratom legality in Indiana, then you surely are at the right place.

Indiana is one of the places in the U.S. that has banned the Kratom. Therefore, if you are travelling to Indiana, a precautionary measure “do not take Kratom with you.” Now if you are curious about kratom legality, read below.

Indiana also is known as Hoosier U.S State in the Midwestern and Great Lakes region of North America.

This place has a diverse economy and is home to professional sports and games. Indiana is a calm and serene corn-stubble state, the south of which offers plenty of caves for the explorers and the north-west gives you the dunes experience.

The land includes two natural regions of U.S.: the central lowlands and low interior plateaus. The state is claimed to be “Mother of the vice-presidents” as has produced around six of them.

Recently a lot of discussions are carried out on Kratom in Indiana. So let’s get some background knowledge about this matter which has created chaos.

A Glimpse Of Kratom

Kratom is a tropical tree (Mitragyna Speciosa) that naturally grows in Malaysia, Thailand, Indonesia and Papua New Guinea. Its leaves contain alkaloids that have psychotropic (mind-alerting) effects. Other names like Baik-Baik, Gratom, Ketum etc. are also used for Kratom.

Kratom is consumed differently by different people. Traditionally people chewed kratom leaves or brewed the dried powder in a tea, and sometimes the leaves were smoked or eaten in food. Now it is taken as pills, capsules or extracts.

How Does Kratom Affect The Brain?

Kratom has been in the limelight for causing some similar effects to opium (a compound used in narcotics) and stimulants.

It has two components that are mitragynine and 7-Hydroxymitragynine. Consumption of Kratom causes its components to react with the opioid receptors in the brain resulting in a feeling like pleasure, sedation and decreased pain, especially when taken in a large amount.

On being consumed in a smaller amount, users have reported that they feel more energetic and alert rather than feeling sedative.

However, Kratom can also sometimes have dangerous side effects and cause an uncomfortable feeling.

A few users have reported the adverse impact of Kratom on them such as itching, loss of appetite, increased urination, sweating, dry mouth etc., while some reported the symptoms of psychosis (a severe mental disorder). Kratom is possibly UNSAFE for pregnant women.

Depending upon the dosage, a large amount of Kratom may cause brain swelling, seizure, liver damage, breathing problems or even DEATH.

So What Is The Story Of Kratom Ban In Indiana?

Since we have gotten some background of Indiana and Kratom lets discuss the title now. Kratom is a controversial drug, the controversies of its legality and illegality changes day to day from state to state. You need to keep an everyday check on the news to know the present status of its legality.

As Far As Indiana Is Concerned, The Present Status Of Legality Is Negative.

Indiana is among few of the states of U.S. which has banned Kratom. Kratom first started making headlines in 2014, when Indiana’s Senate passed a law banning Kratom. The state classified it as a schedule-1 drug (the drugs that are not acceptable to have any medical use and a high potential for abuse).

FDA was already concerned with its opioid and stimulant-like effects. The news of 44 deaths aggravated the situation more.

All these controversies started getting coverage by the media and people began to know the negative impact of the drug. The vendors also started selling contaminated Kratom.

On further tests, salmonella (a group of bacteria) was discovered to have a link with Kratom aswell. All these events result in a ban on Kratom.

The Concerns Of Federal Agencies

Over the past years, Kratom became very popular, and its increased safety risks were of great concern.

Due to consumption of Kratom forty-four deaths were reported. FDA has its medical team which analyze every food/drug and verify according to the health and safety of the people.

So right now, there are no FDA approved therapeutic uses of Kratom. Moreover, the FDA has gotten some evidence proving that this drug has some safety issues.

So for Kratom to be legally available without any hindrance of laws and authorities, it needs to be proven safe with good substantial evidence.

FDA also has exercised jurisdiction over Kratom as an unapproved drug and has also taken action against the dietary supplements containing Kratom.

FDA says that it is actively evaluating all available scientific information and evidence on this issue. FDA is also asserting warning regarding kratom usage.

According to the FDA, the goal is to encourage more research to understand Kratom’s safety profile better, especially when combined with other drugs.

The Department of Health and Human Services (HHS) has recommended a ban on Kratom in one of its communications with the DEA.

The Role Of Kratom Associations

There are few associations which are working on making Kratom legal in Indiana. They believe that Kratom has worked in saving lives of people like curing addiction etc. but research is still carried out on it.

The associations include KTA (Kratom Trade Association, AKA (American Kratom Association) and botanical education alliance. These associations aim to educate people, regulatory authorities and government about the benefits of Kratom.

They aim to create global awareness about it, and for that purpose, they are running campaigns. Also, they want to protect the natural resources as Kratom is a natural herb.

What Are The Views Of Scientists And Users?

Scientists believe that they are still in the process of learning — how exactly Kratom works, can Kratom be used in beneficial ways, how to avoid the excessive use of Kratom and its hazards.

A few scientists believe that it’s not a good idea to ban Kratom as it is a promising drug with great potential.

An experiment was conducted on rats, and some promising results were obtained, but scientists still need more time to be sure about its safety regarding human beings.

However, users are of different views. Some say that they feel better, energetic and relaxed when they use it.

On the contrary to which some say they feel nausea, sweating, dry mouth etc. Whereas a few reported that the effects rely on the dosage of the drug.

What Are The Chances Of Kratom Legality In Indiana?

The DEA is evaluating the two components of Kratom. According to the spokesperson of DEA, there is a possibility that both the components in Kratom may be banned nationwide.

But there is also a probability (provided with the evidence) that one of the two components of Kratom may become legal over time which will be available for public use.

The public will be granted the right to make comments or appeal against the decision before finalizing as well.

The AKA is currently doing its best to get the kratom consumer protection act approved in Indiana.

The act calls for strict control of any kratom product which has been adulterated or contaminated by a non-kratom product. The act also calls for proper packaging and labelling of the Kratom product; mentioning the concentration of its alkaloids.

Any adulterated or synthetic version of Kratom will be illegal to sell. It will also be unlawful to sell a product with a concentration of 7-hydroxymitragynine, which is higher than 2%. Minors would also not be able to buy Kratom.

The act’s filing is pending in Indiana as the state rules identify it as a synthetic drug and thus there is complication regarding the act’s approval.

On social discussion websites, it becomes quite obvious that most of the consumers who have benefitted from Kratom are quite perturbed about the ban. Most people have stories to tell about how Kratom helped them fight opioid addiction, depression and anxiety.

The platform for concerned Kratom users is there in the form of American Kratom Association (AKA).

This association aims to protect the consumer ability to use Kratom for the purpose of improved health and well being.

AKA is currently making advocacy and education efforts with the regulators and legislators of the jurisdiction in Indiana.

Can You Currently Buy Kratom Products In Indiana?

The present status of Kratom is that it is a banned substance, so you will not be able to legally buy it from any store in Indiana. But it is being sold online by many vendors.

Since Indiana banned Kratom, it is illegal to sell, process or buy it. If done so, the government takes strict actions, including imprisonment and fines, etc. So, not to try reaching it out by any other means.

Consumer and sellers both have to act with responsibility if they want to maintain the legal status of Kratom at the federal level.

Consumers need to avoid recklessness by staying away from overdosage. Consumers also need to be wary of the possible harmful effects of having kratom in combination with other substances.

Sellers need to be ultra-cautious so that no impurity finds its way to any kratom product and it also has to be made sure that all kratom products are correctly labelled.

Kratom is not as addictive as actual opioids. Opioids are a class of drugs that come from opium; a substance extracted from the poppy plants.

The active constituents of Kratom are classified as alkaloids and are nothing as serious in comparison to the class of substances called the opioids. So, the possibility of dependence on Kratom is relatively low as compared to the opioids.

A detailed and profound study and analysis must be conducted on the legality of Kratom so that the ordinary people can differentiate between the myths and reality.

If it is beneficial, then we should be utilizing our natural resource at present. And if it is hazardous, then it is still not too late for the people to refrain from its intake.

These controversies create confusion in the minds of the public, which needs to be resolved for public betterment.