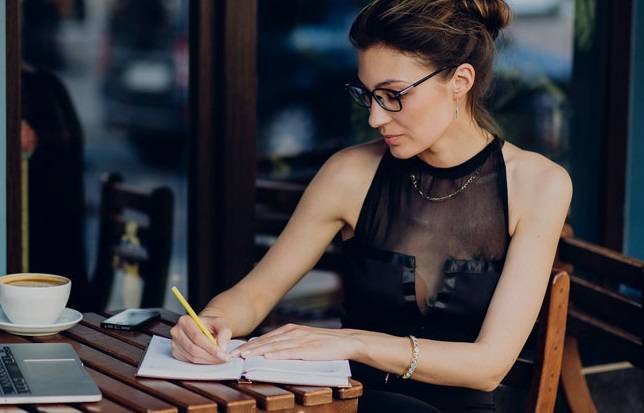 Mitragyna Speciosa or Kratom is a herb that has various effects. It acts as a stimulant at low doses and a sedative at higher doses. It has anxiolytic effects, analgesic effects and also helps in elevation mood. Thus it is called euphoria-inducing herb.

One of the most significant effects of Kratom is that it improves cognitive performance. However, this effect is still questioned by many. According to user experience, it enhances cognition, but some research states otherwise.

To understand the Kratom effects on the cognitive performance of a person, we will go step by step. We will understand the concept of cognition and its relation with Kratom.

What do we mean by cognitive performance?

Cognitive performance means the ability to bring the knowledge acquired by various mental processes in use.

The brain controls the various voluntary and involuntary activities of our body. It controls attention, perception, sleep-wake cycle, emotion, mood, memory, and appetite-satiety.

These all activities are monitored by millions of neurons or brain cells. There is a system of receptors and effectors that lead to changes in the brain activity. Different receptors act differently to various ligands. The dose of different ligands affect the receptors differently.

So, when we talk about Kratom affecting the cognition of a person, we speak of the strain of Kratom and the dose of Kratom.

How is cognitive performance linked to Kratom?

The brain is one of the most powerful organs of the body. It gets its energy from the nutrients we take. The nutrients we take, interact with the body organs in many ways. These nutrients end being metabolized, and the final products act on different receptors.

Kratom is metabolized by the phase I and phase II microsomal enzymes into various alkaloids like mitragynine and 7-hydroxymitragynine. These alkaloids act on the opioid receptors present in the brain.

It is debated to this day whether Kratom enhances cognition or not. According to the opinions of many users, there is always a slight boost in cognition, but this only occurs when small doses are taken.

At higher doses, the cognitive performance even enhances more, but there is a limit to it. At very high doses the person becomes sedated thus losing cognition.

The actual users claim that with short-term use of Kratom their memory is enhanced. Physically they feel more active, perky, full of ambition and lively.

However, with long-term use, the cognition becomes foggy, and there is a gradual loss of memory. It does so by decreasing the release of acetylcholine as compared to average.

Acetylcholine is an important neurotransmitter when it comes to learning things and retaining newly learned concepts. Thus, reduced levels of acetylcholine will reduce the cognition.

Kratom helps in focusing and increases attention span. It makes one happy, and thus one does not feel lethargy or fatigue. It is known for inducing sleep quickly and making one relaxed and calm. It causes euphoria and increases motivation, productivity as well as strength and stamina.

However, again this all depends on the dose taken.

According to a study, Mitragyna Speciosa possesses sedative properties at higher doses. This property can lead to cognitive impairment.

What does research say about Kratom and its relationship with cognition?

According to a study based on the effects of Kratom on rats, Kratom shows the complex effect on the locomotor activity of the rats. It induces locomotor sensitization. At small doses, it acts as a locomotor stimulant. This occurred in rats that exposed to Kratom three to four times. However, at higher doses, the rats were no more hyper-stimulated.

This research also suggested that Kratom enhances the expression of dopamine transporter as well as the mRNA that regulates dopamine receptor. It results in memory consolidation, impaired passive avoidance learning, and objects recognition learning. Kratom is also involved in anxiolysis if taken acutely.

To conclude, this research on rodent models suggests that Mitragynine has significant abuse and addiction potential. It can cause emotional as well as a cognitive impairment that resembles caused by psychostimulant drugs like opiates. However, users suggest otherwise. So, it’s up to you whether you take Kratom or not.

What is the right dose to improve cognition?

As stated above, only small doses of Kratom increase the cognition. Higher dose results in sedation. However, we cannot give a figure here. A dose that is low for you may be high for another person.

A dose of 2 grams for beginners is a small to moderate dose, and it brings about positive changes in cognition.

A dose greater than 6 grams is sedating for a beginner. Thus, a dose of 6 grams Kratom should be avoided in beginners if they want to improve their concentration and focus.

For those users, who have developed tolerance to Kratom, they need a larger dose to produce improvement in cognition. This dose may occur anywhere between 4 grams to 8 grams. However, it is suggested that such users avoid taking such large doses as it may further exacerbate tolerance.

Which strains of Kratom are responsible for enhancing cognitive performance?

Various strains of Kratom are responsible for building up energy, increasing motivation, stimulation and enhancement of cognition. The great strains include White Borneo and the Green Leaf variants. Red-veined Kratom act as sedatives.

The most famous strain is Maeng Da. It stimulates one to the maximum and improves cognitive thinking. However, again the effects are dose dependent.

At higher doses, Maeng Da acts as a sedative. A dose anywhere between 1 to 3 grams works the best. Green Malay is also known to improve cognitive performance, and the effects stay for a longer period as compared to other strains.

Summing up it can be said that yes Kratom does help in improving the cognitive performance, but this is entirely dependent on the dose taken.

A small dose if taken discontinuously (once or twice a week, to avoid build-up of tolerance) will enhance cognition. Since larger doses result in sedation, thus they are not recommended if you plan on increasing your focus, motivation, and productivity.

However, we should also keep the research on rodents in our mind when taking the effects of Kratom on cognition in an account.