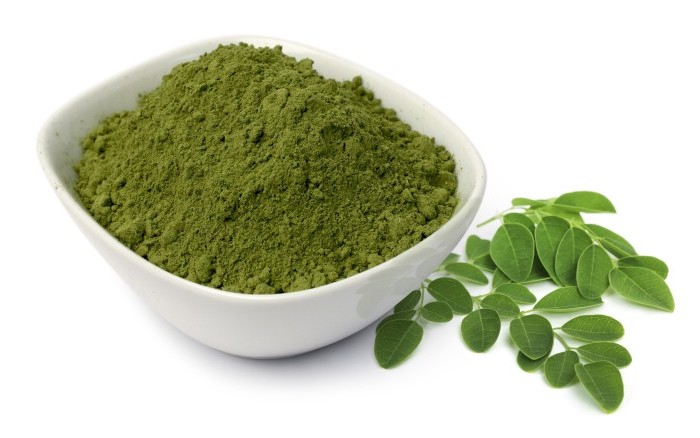 Like all medicinal herbs, the Kratom effects vary from individual to individual and depends mainly on the strain, diet, weight, body chemistry, priorities, tolerance level and the amount of intake. The article deals with the Kratom effects when administered at different dosages; both low and high.

Kratom (Mitragyna speciosa) is a botanical drug that has just recently found popularity across the world. It is typical to the tropics of Southeast Asia including Thailand, Indonesia, Malaysia, and Myanmar. It dates centuries back when it was traditionally used by farmers to get an extra boost of energy while working in the fields.

Kratom leaves can either be eaten in their raw form or crushed and made into a powder, which is then consumed as capsules, smoked or brewed in teas. Kratom is considered a potentially harmless drug and is sold all over the globe without any strong regulations. It has, however, been in the center of national controversy lately.

How does Kratom affect the functioning of the human body?

The two main psychoactive constituents found in Kratom, mitragynine, and 7-hydroxymitragynine, are responsible for almost all of its properties. These compounds resemble opiates and act on the opioid receptors in the brain, causing sedating, euphoric, analgesic (pain relieving) and anxiolytic effects.

7-hydroxymitragynine acts as a partial agonist at the μ-opioid receptor, causing only milder morphine-like effects. In addition to this, mitragynine also binds to norepinephrine and serotonin receptor systems thus acting as a stimulant. Kratom extract may also activate dopamine D1 receptors. The activity of these receptors improves mood and lowers anxiety.

What is the proper dose for Kratom?

Kratom dosage depends significantly on factors such as the weight, biochemistry, and tolerance level of an individual. It is why beginners are always advised to find a ‘sweet spot’ instead of just taking a random dosage which might be either too high or too low, resulting in unnecessary inconveniences.

Finding the perfect dosage means going through a lot of trial and error experiments. Individuals are recommended to start small, at about 2 or 3g.

This dosage usually does deliver the properties of Kratom, but in case of no positive effects, the user might slowly increase the dosage until the desired attributes are achieved.

Since Kratom shows its results in about 30-40 minutes, it is, therefore, suggested that the person waits for this amount of time before administering another dosage.

It is also believed that different strains of Kratom have different properties, and hence different dosages. It is essential to buy High-quality Kratom because it is more efficient and effective.

Moreover, some people measure Kratom by volume, which is less accurate than measuring by weight and should be avoided.

It is because the amount contained in a given volume changes with the texture of the powder and depends on how finely ground the substance is, while mass is irrespective of any such factors.

What are the Kratom effects when taken at low dosage?

At low dosages of about 1-4g, Kratom is most stimulating. It makes a person feel more alert, socially and physically active. It also acts as an aphrodisiac by increasing sexual performance and health. When administered in small amounts, the substance makes one feel more motivated and provides them with the energy and will to perform hard monotonous physical work.

Effects may also include an elevation of mood, talkativeness, increased confidence, and sociability. It helps to improve concentration and promote the ability to focus by dampening psychological background noise. It also has antidepressant effects, and can, therefore, be used in psychotherapy, which helps improves thinking capacity and prevents the risks of depression in the future. Kratom is more of a cognitive stimulant than a physical stimulant due to which it is different from typical CNS stimulants such as caffeine and amphetamine drugs.

What are the Kratom effects when taken at high dosage?

High Kratom dosage can range from 6-9g, depending upon the individual and the strain used. For pure Kratom extract, a dosage of even 3-5g is high. At this dosage, the Kratom effects are quite sedating.

A person who administers a high dose is generally less sensitive to physical or emotional pain. Influences also include a feeling of comfortable pleasure and calmness and slower brain activity.

A high dose can induce sleep, and find relief from chronic pain. It is, however, important to note that very high doses may cause side-effects such as mild feelings of nausea, increased sweating, dilated pupils, itching, and the desire to vomit. These feeling usually subside if the person lies down and relaxes for a while. Effects may also include reduced heart rate and breathing, reduced anxiety, and a sense of pleasant dreamy reverie.

User reviews regarding the Kratom effects at different dosages

When questioned on Reddit, many users stated that Kratom delivers different results at different dosages. For many people, the stimulating Kratom effects were felt when taken at low dosages, while the sedating effects were felt only when the dosage was increased to a higher level.

One user commented that dosage depends on the strain and that an amount of 4-5g Kratom is sedating rather than stimulating for him. He continued that for him, stimulating doses are usually 1-3g, but some strains only get correctly sedating at +7g and therefore shouldn’t be taken before bed.

Individuals also commented that the dosage varies every time a new strain is used, due to which finding the proper dosage for that particular strain becomes necessary. They also mentioned that finding an accurate dosage is based upon general guidelines and not a specific rule, since everyone reacts differently to the substance.

One user stated his experience by saying “I find motivation and energy around 3g and as I up the dose it becomes less energetic and more relaxing with pain relief. I believe less is more with Kratom, but it’s something you have to discover your “sweet spot” with experience.”

In addition to this, the thread contained a lot of comments regarding strains. It is known that while the Red strain is more sedating and pain relieving, green and white are the opposites, with energy boosting properties.

A question as to whether a low dose of the Red strain will cause many individuals answered stimulating effects. They commented that since red is sedating, a low dose usually causes drowsiness since it usually does not come with energy boosting properties.

A user stated that he could get sedating effects on even 1g of red Bali, which is a very low dose. It implied that the different strains had different specialties. About the white strain, a user commented that a low dose is very stimulating, and increasing the dosage increase the effects, but at one point, when the dose is too high, a person starts feeling tense, edgy and nauseous, and sometimes may even vomit.

The argument, was, however, summed up by one individual in a very remarkable way, who stated “In my opinion, there is either good Kratom or bad Kratom. A little of any type usually results in energy and a lot of any type usually ends in sedation. Dosage depends on what you’ve eaten and what your activity level is, among other variables.”

It means that the critical point to remember is the quality of the Kratom and the reliability of the vendor. It is therefore suggested that Kratom should be bought only from trustworthy markets, which guarantee fresh, high quality and pure Kratom products.