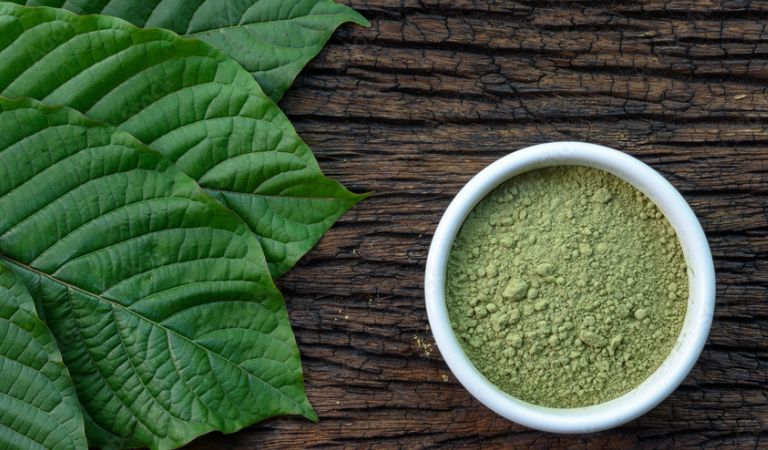 Kratom, also known as Mitragyna Speciosa, is a well-known Southeast Asian herb used by more than 5 million people in the US. Users try to find as many possible ways to take the herb to get the most benefit. Some people use extracts to enjoy the concentrated Ketum, while some try to potentiate it with several substances like Caffeine or Valerian root to maximize its usefulness.

Kratom and Prozac consumed together is also such a combination that users are often curious about.

Can Prozac potentiate this botanical? Is it safe?

These are some of the commonly asked questions.

Here in this article, we will answer your queries regarding Kratom and Prozac.

Prozac is a brand name for Fluoxetine, a selective serotonin reuptake inhibitor (SSRI). It is an antidepressant that helps with brain activity by releasing certain chemicals -mainly serotonin- and raises their levels to regulate mood.

Serotonin is a neurotransmitter whose lack is known to be associated with a depressive state of mind. Similarly, its increased levels are also known to cause pleasant thoughts and mood -which is how Prozac functions.

What Are The Uses Of Prozac?

This medicinal drug can treat persistent sadness by elevating your mood, enhancing your appetite, boosting energy levels, and improving your quality of life by developing interest in your daily routine.

Moreover, it can decrease the frequency of panic attacks, fear, anxiety, and compulsions like repeatedly hand washing or obsessing over simple tasks like counting. Prozac is also effective in managing severe symptoms of Premenstrual Syndrome like mood swings, irritability, generalized weakness, and depression.

Sleep difficulty is also managed by improving sleep patterns. It can also resolve eating disorders, including binge eating and vomiting, as in Bulimia.

As per FDA, Prozac can be used to treat the following disorders effectively:

How Much Prozac To Use?

Although it is recommended to use the medication exactly as the doctor prescribes, to have an idea – 20-60 mg /day is the usual dose of Prozac for an adult.

Prozac is only available in capsule forms. Though it’s a generic drug, fluoxetine is available in the form of tablets, delayed-release capsules, and solutions.

It usually takes 3-4 weeks for the medication to take effect and to resolve the symptoms. You should keep using it as directed by your health professional and keep notice of any side effects or changes in sexual function.

Are There Any Side Effects Of Using Prozac?

Like most pharmaceutical products, Prozac also has some side effects -though they are not severe in most users. However, it is usually up to your doctor to decide whether the benefits weigh out the risk of adverse effects or not.

Some of the side effects that have been reported in the patients using Prozac are as follows:

If you start suffering from any severe side effects -like bruising or active bleeding apparent by black stools or coffee ground vomiting, seizures, muscles spasm, or changes in sexual activity -it is essential to consult your doctor immediately to avoid risking your life.

Kratom is all the recent rage for its several beneficial health properties. Kratom -also known as Mitragyna Speciosa, Ketum, or Biak Biak- is a century-old botanical belonging to the  Coffee family of plants.

What Are The Uses Of Kratom?

The village farmers and laborers had used Ketum for medical and recreational purposes like managing daily fatigue and some minor ailments. This herbal plant also has some psychoactive properties produced thanks to its alkaloids-mainly, Mitragynine and 7-HydroxyMitragynine. It is the reason that this botanical is used as a stimulant, muscle-relaxant, anti-diarrheal, and antispasmodic by many consumers.

How Much Kratom To Use?

Korth dosing is not at all about some particular dosage numbers. It usually varies from person to person, depending on certain factors.

Following are the factors you need to keep in mind to adjust your personalized dosing:

The most important thing to figure out your optimal herbal dosage is to observe and experiment. Make sure to start with the lowest possible dose and make your way up till it suits your body’s needs the best.

Nonetheless, it is essential to talk to a professional health giver to adjust your dosage with the help of an informed opinion.

Although Kratom and Prozac are ways apart in their composition -as one is a herbal substance while the other is a medicinal drug, both have similar properties of acting as an antidepressant and anxiolytic.

Here is a detailed comparison of the two substances:

Can Kratom And Prozac Be Mixed Together?

The combination of Kratom and Prozac is quickly gaining popularity. Although there haven’t been many studies conducted on the combination of the two, there have been several users’ accounts sharing their experience of mixing the two substances.

According to some users, it is safe to take both together as they work on different brain receptors. Another says he is already taking some other antidepressants with the botanical, and both seem to work fine together. Similarly, another user also seemed satisfied with the mixture and said that a low dose of Prozac and a few grams of Ketum makes him feel super relaxed and energetic, and have no worries.

Another Korth user shared his experience, saying that he had just started taking Prozac for six days but was feeling low on energy and weakened. However, two different strains of Ketum taken together made him feel a lot better. This combination is also suitable for anxiety, as shared by another user.

However, an increased dose of the herb taken together with Prozac seems to potentiate it and cause side effects. A user on Reddit took Prozac and Kratom 1.5 hours apart and felt an increase in heart rate with uncontrollable shaking that, according to him, might be the result of overdosing as Prozac had potentiated the herb.

Another Ketum user felt dizzy after taking Prozac, followed by a high dose of the herb. After only 15 minutes, the user started feeling dizzy.

Do Kratom And Prozac Interact With Each Other?

Well, yes, they can interact with each other if taken together. To figure out exactly how they interact, we will need to understand some pharmacology and learn the metabolization of Kratom and Prozac by the liver.

Kratom is a potent inhibitor of the enzyme CYP2D6. The same is the case with Prozac containing Fluoxetine and its primary metabolite Norfluoxetine. When taken together, this similar metabolic pathway forces them to compete, which might result in higher levels of fluoxetine in the body at any moment.

Although small doses of the botanical won’t create many problems, higher and frequent dosing of Ketum can surely help accumulate large amounts of fluoxetine in the human body that can be toxic. This might lead to more side effects like nausea, bruising, bleeding, seizures, etc.

If you are on Prozac or any other antidepressant or have an underlying condition, it is always best to consult your professional doctor before taking Ketum.

How Much Kratom And Prozac Can You Use In Combination?

Although it is not recommended to take Kratom and Prozac together, if you are still interested in trying out the combination as a one-time thing, start with lower doses -less than 5 grams of Mitragyna. Antidepressants like Prozac are daily medications, and it is better not to be tempted to take Ketum frequently with it.

If your doctor has put you on Prozac, take a break from using this botanical to avoid the accumulation of fluoxetine in your body because of the competitive metabolism that can be toxic for you.

Is It Safe To Use Kratom And Prozac Together?

It is not entirely safe to consume Kratom and Prozac together. There is a minor to moderate risk of experiencing side effects, as they can negatively interact with each other if taken in increased doses.

Looking at the user experiences, it is evident that Kratom, when taken in high doses of more than 10 grams with Prozac, causes adverse effects of increased heart rate, uncontrollable shaking, or dizziness. Further, it demonstrates that Prozac also somehow potentiates the effects of Mitragyna.

Therefore, even if you opt for this combination, make sure that you are using low doses of Kratom and that too with decreased frequency.

The combination of Kratom and Prozac is not the best, as -although low- there are still chances of them interacting negatively with each other.

Despite the pharmacology, many users have tried them together and felt great with elevated effects. If you feel particularly adventurous, you can use a small dose of botanical to avoid side effects. Make sure it’s not regular but only one or two times. 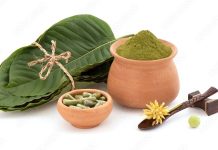 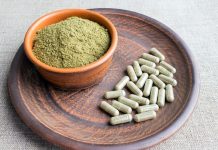 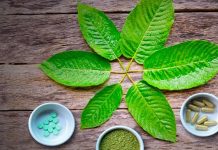