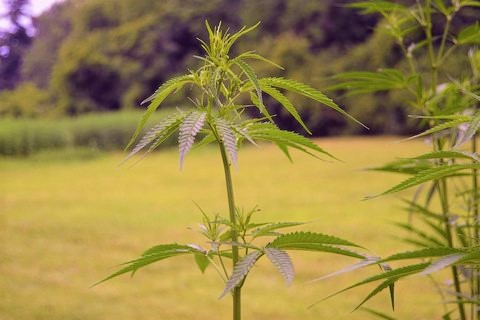 BANGKOK (Reuters) – Thailand has become the first ever country in entire Southeast Asia to officially legalize the medicinal use of Marijuana and Kratom after passing the bill. The law was finally approved on 25 December by the country’s military-appointed parliament.

Reuters reported that the National Legislative Assembly (NLA) after receiving 166 votes in favor of the bill, with 13 abstentions, officially legalized the medicinal use of these drugs.

National Legislative Assembly (NLA) has officially legalized the licensed usage of these two drugs, hence amending the Narcotic Act of 1979.

A New Year’s Gift from NLA to Thai People

Legalization of marijuana and kratom (ketum) on Christmas day 25th Dec is a significant step as it will now permit the use of these drugs for various purposes in the field of medicine as well as research.

Reuters reported that Mr. Somchai Sawangkarn who played a major lead in drafting the change called it a gift of New Year from NLA for Thai people.

The public on hearing the Tuesday news showed an incredibly overwhelming response and supported the passing of a bill which amends the Narcotic Act of 1979.

Before the early 1930s, Kratom and marijuana were traditionally being used in Thailand like America for curing pain. Its use was later prohibited in the 1930s, leaving patients to opt for opioids as a cure for the illness.

However, thanks to the passing of the new bill consumers will now be allowed purchase specified amount of licensed product either through the means of prescriptions by doctors or by issued certificates to cure illness and treat pains, as approved by Thailand’s narcotics control committee.

Various countries across the globe have like Canada and Columbia have legalized the official medical usage of medically drugs like kratom and marijuana. However, the usage of these drugs is still forbidden in Southeast Asian countries.

After the passing of the bill on Tuesday, issued licenses will be required to use the drugs either for research or for production. While patients will be needing signed doctor’s prescriptions to consume the drugs for treatment. The government allows the issued license to be transferred to heirs before it expires.

South East Asia is known for having some of the hardest punishments in case of violating drug laws outside of the Kingdom of Saudi Arabia.

Those found trafficking marijuana will be subjected to lifetime jail or even death sentence. The same death penalty is also applicable in countries like Singapore, Malaysia, and Indonesia in the case of trafficking.

The Thai government is not willing to approve the recreational use of these narcotics and Is working on legalizing marijuana and kratom before the February’s general elections as stated by Dr. Sophon Mekthon.

The legalization of these two drugs had faced a significant controversy by the hands of large foreign firms. These firms want to dominate the pharmaceutical market and make it difficult for the people to buy and use these drugs either for patient’s treatment or for research purpose.

Dean of RIMA, Panthep Puapongpan stated that they would demand the Thai government to cancel the legalization of medical kratom and marijuana before a law takes any effect.

Dean was also of the view that everyone should be given equal rights to access cannabis for medical use.

Some advocates of Thailand also believe that Tuesday’s approval of medical use of these two drugs is likely to pave the way for legalization of recreational marijuana.

Reuters reported that several studies had revealed extensive benefits of these drugs in the field of medicine, which has provoked several countries across the globe to mold their laws and to legalize medicinal use of kratom and marijuana.

Additionally, the bill mentions that despite not being a legal substance, it is already being used to cure illnesses by many patients.

Status of Kratom Legalization in America

The US government has not given a final decision yet on the legalization of the controversial drug kratom.

The Food and Drug Administration [FDA] has called kratom a dangerous opioid. The DEA had first announced its intent to classify Mitragynine and 7-HMG (two active compounds in kratom) as Schedule 1 substances like heroin and ecstasy, back in August 2016.

This led to a serious backlash from the users of kratom as well as the researchers. In two weeks, agency announced it would suspend the scheduling and with the assistance of the FDA and HHS, conduct a “thorough scientific evaluation.”

Some advocates claim that kratom has helped in ending their addiction to opioids and the scientists want to keep exploring its therapeutic potential as it might be the future of treating addiction.

Currently, kratom is legal in most states of America. Various local and online companies sells it as an herbal supplement, so it is easy to purchase a quality product at low prices.

Earlier in December, The DHHS recommended DEA to classify kratom in the Schedule One category. But with the backing of HHS and FDA, it seems likely that the DEA will follow through with the scheduling.

While the FDA mainly focuses on the medicinal potential of kratom, the DEA looks at the possibility of abuse of the compounds.

It has been clarified that kratom is no “imminent hazard to public safety.” Thou FDA has cited 44 cases of “kratom-associated deaths,” but none of them were due to an overdose or toxic effects of kratom plant.

While talking to Business Insider, a representative at the Drug Enforcement Administration said that the government regulators are expected to soon rule on the legality of a controversial drug called kratom.

If the American government succeeds in banning kratom, hundreds and thousands of patients will be left with no choice but to use opioids to manage their pain.

Either the patients can suffer debilitating pain or risk themselves to addiction by opioids.

Banning a plant which provides a solution to the “opioid crisis” which the state is currently suffering from, will only end up worsening it.

Arooj Akram is a doctor by profession and a writer by pure passion! Her love for medicine isn’t just limited to shifts in the hospital; she love to educate people about medicinal issues even in her free time! (which being a doctor get very little of! goes to show her love and commitment to what she do!).