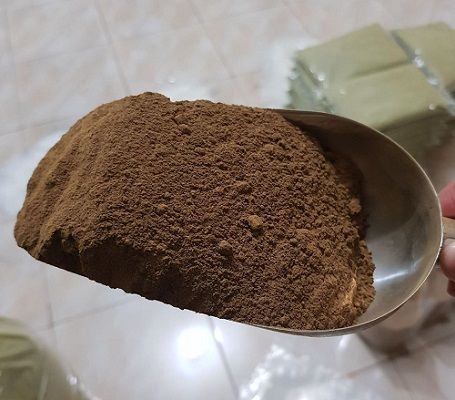 Once again, the kratom users negate the authority verdict and benefit from it! In Kentucky, the Poison Control center says that Mitragyna Speciosa kratom is dangerous and can be deadly. However, users say that it saved their life! WLKY News from Louisville shared the news of kratom usage amidst health authority concerns on March 9, 2020.

In Kentucky, the Southeast Asian organic substance kratom is a drug of concern but is legal. Several online shops and local shops operate in the state, but health authorities don’t support the use of ketum. The people who use kratom in the state say that it is a good substitute for opioids and does not pose risks of permanent health damage like pharmaceutical opiates.

Doctors and health practitioners say that kratom is not what users believe it to be. There are several natural chemicals in the substance apart from the alkaloids that help improve lifestyle. Kratom users say that this organic substance helps with opioid withdrawal and chronic pain, whereas authorities instruct people not to use this supplement.

Ashley Webb, Director Kentucky Poison Control Center, said that kratom is a unregulated substance due to which its efficacy and safety can’t be tested like other drugs. An unregulated dietary supplement do not go through the same rigorous evaluation that is available for other drugs that FDA regulates. The director was concerned that there were adverts called kratom tea ‘happy tea,’ which is misleading for people as they are not aware of what effects various chemicals have.

The projection of this substance as an alternative of coffee and a natural pain killer is a wrong step according to doctors because this substance is unregulated and unknown to a great extent.

Ashley Webb said that “Some symptoms of Kratom in minor doses might just be things like agitation or irritability or drowsiness – it’s what we see in serious cases that can run along the lines of respiratory depression and coma-like an opioid.” It is advised that if people experience any unwanted side effects or want to discontinue the use of kratom, they should consult one of the numerous rehabilitation centers in Kentucky.

Previously in July 2019, FDA officials said that since kratom hits the brain receptors like morphine, it should be placed in the list of schedule one drugs. They ordered Indonesia to stop growing this plant. Users all over Kentucky and other states retaliated to this news, and the American Kratom Association showed concern that if ketum were scheduled, future research would stop. The AKA believes that kratom must be studied to find an alternative for opioids, rather than restricting the use and controlling the substance.

The AKA spokesperson Mac Haddow said that some people in kratom trade add morphine to the supplements to boost sales, but they are spoiling the image of other ethical vendors. This malpractice is also impacting users who deserve pure kratom as an alternative for opioids to avoid side effects.

The divide between users and health authorities can only be reduced by proper research and study of kratom to understand the potential benefits and unwanted side effects.