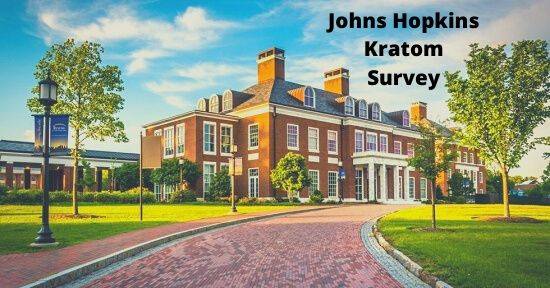 In February 2020, the Johns Hopkins Medicine researchers surveyed to understand the therapeutic effects of this substance.

Kratom is a Southeast Asian tree that grows in the hot, humid climate and was used in traditional medicine for centuries. Now that it is available in the United States, there is very little research on this substance.

Kratom users claim that they use it for withdrawal from opioids. The reason for taking opioids is to find relief from pain and regulate sleep.

However, the majority of opiates cause addiction, and these addiction signs also indicate a life-long dependence and on-set of side effects.

So then, if a natural substance can provide pain relief without any addiction triggers, why is it not common?

Purpose Of The Survey

The medicine researchers at johns Hopkins conducted the study to provide an insight into the potential harm or abuse through a survey of 2,700 kratom users around the age of 40.

Out of these subjects, 61% were women. This survey was to understand why kratom is used and what could be the side effects of this substance.

The survey revealed that kratom, a psychoactive substance is similar to opioids, but does not pose dangers of damage like the prescription opioids that are used for treating pain, depression, and anxiety and cause addiction.

It was observed that kratom caused lower addiction and a chance of abuse. Opiates tend to cause addiction, while kratom reduces dependence. So does this survey put an end to the opioid epidemic in the United States?

Here are some critical findings in a nutshell:

One of the significant reasons for kratom usage among these people was an addiction to opioids.

The number of people concerned with addiction triggers an alarm, which led to the study to determine whether FDA should promote research on this substance to make its use common among people.

The Significant Outcome Of The Survey

The survey results were not only shocking for the medicine researchers but also an eye-opener for users as it indicates the specifics of users and also clarifies the reasons for consumption.

The undesirable side effects and long-term effects of kratom are also discussed as the inference of the survey was revealed.

Kratom is sold in smoke shops, weed shops, and online shops in the United States. The 2,700 users buy kratom from these sources, which signifies the diversity of users.

The Johns Hopkins survey showed that the psychoactive compound is similar to the opioids people use for various health issues.

However, kratom has a lower addiction factor and is less harmful than prescription medicines used by people for pain, anxiety, depression, and addiction.

The report was published in the Drug and Alcohol Dependence and mentioned that the FDA does not regulate kratom, and little research is done on the substance to understand its safety and benefits.

The medicine researchers also emphasized that the U.S drug agencies should seek to study and regulate the use of kratom rather than limiting sales.

Kratom has the potential of a safe and therapeutic impact on adults and can be an efficient alternative to opioid use.

A growing percentage of people in the United States use opiates, and the undesirable side effects pose health risks in the long run.

Users must be able to avail of the benefits of organic substances like kratom to reduce addiction signs and lead a healthy lifestyle.

The Johns Hopkins Medicine researchers revealed that according to the survey results, a large number of users benefitted from this substance, with only a fraction of them facing any side effects.

This inference is strong enough for the FDA and other regulatory bodies to research more and regulate kratom products for health issues.