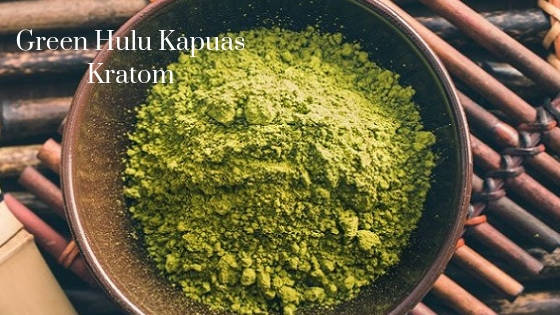 Green Hulu Kapuas Kratom is a daily fix. It is as good as morning coffee and as relaxing as any herbal tea. This Kratom is something that no other Kratom strain shows typically. Unlike other strains, it is not even user specific. That’s why it works equally well for almost all users.

Where does it come from?

Botanically, Hulu Kapuas Kratom is the good old Mitragyna speciosa, but its effects aren’t the same. It is a modified version of classic Kratom leaves. It originates from Southeast Asia and is famous for its miraculous benefits. The Hulu Kapuas grows in thick and dense forests of Indonesia, particularly the area near the Borneo Island.

Like other varieties, Hulu Kratom is available in red, white and green vein leaves. The name Hulu comes from the Hulu forest, which is located on the banks of river Kapuas.

The reason why is it called Hulu strain and not an Indo strain is that Kapuas River flows next to the Malaysian border. That is why it is different from traditional Indo strains.

Why is it a rare strain?

This riverbank of Hulu is almost an isolated area. There is no native population, and it is not easy to go there. Even though Hulu Kapuas Kratom is an old strain, many people do not know about it. The reason is that it is difficult to access it.

Till the date, there are only a few people that are successful in finding this Kratom strain which is rare to find otherwise. Among all three types, green Hulu Kapuas grows more in number. It is a balanced strain that has the combined effects of red Hulu Kapuas and white Hulu Kapuas strain.

Secondly, only the mature Kratom leaves make up for Hulu Kratom powder. It makes it even harder to sort out Hulu Kapuas leaves in green vein. That’s why it is not always in stock at most Kratom vendors’ websites.

The alkaloids inside all Kratom leaves make up for all its benefits. These alkaloids are naturally occurring compounds that give unusual properties to Kratom. They are so many in numbers, and each one of them has a different concentration in every strain. This unique chemical makeup varies in different strains.

For green Hulu Kapuas Kratom, two principal alkaloids are mitragynine and 7-hydroxy mitragynine. Together these two are responsible for more than half of its effects.

All these alkaloids are present in a different amount. Each one of them is associated with a unique effect. Based upon the concentration of an alkaloid, its particular effect becomes dominant or recessive.

A major difference between these leaves types is based on their appearance. Each one of them has a different leaf venation color that spreads to the whole leaf. It is easy to spot the leaf just by looking at it.

The certain colors of veins show that there are different effects of each one of them. It is a non-sedative and non-stimulating strain that shows moderate effects of the red vein and white vein Hulu Kapuas Kratom.

Following are some of the fast facts on this strain:

The effects of green Hulu Kratom are as unique as their occurrence. This is a simple Kratom strain, which is best known for its fusion effects. It shares the soils of Indonesia and Malaysia, so it shows combinational effects. Here is what happens when you take green Hulu Kratom powder or capsules.

The foremost to expect from Hulu Kapuas is an overall feeling of goodness. It gives a sharp motivation, mood improvement and a visible increase in confidence. It is followed by energizing effect that makes the initial effects even more prominent.

This feeling is not as strong as that of cognitive boosting pills. It typically feels like how a person does after taking his morning coffee.

As time passes, the effects of the strain are fortified. It means that all the initial effects are still there, but their potency is increased. For example, mood improves even more with time, and eventually, it helps to get over stress.

Similarly, the pain relief that almost doesn’t show at the beginning but instead it gradually shows up. Green Hulu Kapuas is helpful against common pains, i.e., a headache, body ache or period pain.

This is the final phase of green Hulu Kapuas Kratom effects for a user. At this stage, the effects are incredibly high. The stress relief, pain relief, and mood improvement become so powerful that it helps to reduce anxiety, depression and physical pains.

At a higher dose, the user may feel sedated, but on a moderate dose, this does not happen. At this time, the user is the most relaxed and satisfied.

How to use Hulu Kapuas Kratom?

As it’s a rare strain, it is difficult to get Hulu Kapuas powder and Hulu Kapuas capsules. Most of Kratom users prefer to use Hulu Kapuas in powder form.

However, a user can select any suitable Kratom product for him. All Kratom products work equally well. The capsules are said to be the easiest way to use green Hulu Kapuas.

All the capsules are pre-packed with standard dose. Swallow the capsules with water like common dietary supplements. The best way to use the powder form of green Hulu Kapuas leaves is by toss and wash method. Other options to use it are by adding to drinks, food recipes, and herbal tea.

What is its standard dosage?

Kratom is extremely dosage sensitive. The experts recommend using Kratom moderately. There is a general guideline on all Kratom strains, and green Hulu Kapuas dosage is no different.

For a new user, the idea is to start from the lowest possible dose. For example, anyone who has never consumed Kratom before should start from as little as 1.0 gram.

This dose is a little too high for new users but works best for regular Kratom users. A dose over 5 grams is considered high and not usually recommended.

What are users saying about it?

On all online Kratom discussion forums, green Hulu Kapuas Kratom appears to be a highly desirable strain. It is not available to all Kratom users so those who have used it share their experiences with green Hulu Kratom to be satisfactory.

Some of the users share their opinions on green strain especially green Hulu Kapuas to be best of all.

Hulu Kapuas is a perfect choice for people looking for a moderate, fast acting and new Kratom strain. The unique blend of alkaloids gives it balanced effects that help against pain, tensions, stress, and low self-esteem. Not to forget the cognitive assistance, which gradually shows up.

Overall the results are comforting and satisfying. For users who need a quick physical and mental boost that stays for long hours, Hulu Kapuas Kratom can be very helpful.

Look around to find any reliable Kratom vendor that sells green Hulu Kapuas powder and capsules. Always buy Kratom from a top Kratom seller for the purest products.