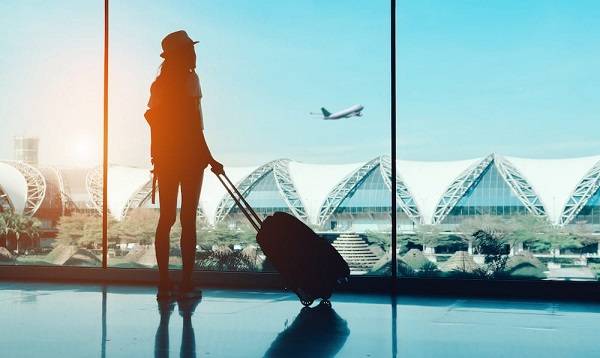 Users are often concerned about traveling with kratom due to unclear and false regulations about kratom. Kratom is the botanical substance used for pain relief, inflammation, and several other health conditions.

Some of the questions that people ask other users or on the Internet are: Is it safe to carry kratom while traveling?

Is the airport clearance for kratom allowed? Will I get caught for drug possession? If you have also asked any of these questions, here is some information for you!

People who suffer from chronic pain owing to severe health issues rely on kratom to lead a healthy and happy life. If the need to travel arises, they might not want to give up kratom supplement for even a short period!

Such users rely on kratom for energy as well as better work focus, which might be needed during their trip as well!

The erratic regulations from the various regulatory bodies may become an obstruction for kratom users, so one must know all about the state and federal laws so that they can avoid an undesirable situation.

The FDA does not recognize kratom as a medicinal supplement. The DEA also marked it unfit for human consumption, due to which there is no regulation of manufactured products using kratom.

However, the federal law of the United States has not termed this botanical substance illegal. Due to this law, people can consume, possess, and trade this commodity.

All public transport, including airways, is regulated by the Transportation Security Administration (TSA).

The law forbids possession of several items, and natural supplements on public transportation, and TSA keeps updating its regulations regarding botanical supplements such as hemp-derived products and marijuana.

Kratom also is permitted, but your destination has a significant role to play in this permission!

While the federal laws prevail in the United States, each state and jurisdiction has its legislation which is applicable in that area.

The states that ban kratom have their own rules, and carrying the botanical substance to these areas might lead to some legal action. The jurisdictions that banned kratom are:

In addition to these states, several cities have their own rules and ban the use or possession of kratom.

These cities and counties include Castle Rock in Denver, DEA, and the regulatory health authorities have their own rules, which does not allow travelers to possess kratom.

If you are traveling out of the United States, you will have to check whether the botanical supplement is allowed in other countries. There’s a long list that you will find on the Internet, of countries where it is illegal.

However, checking before you go will save you any legal trouble! In Asia, kratom is legal everywhere except in Israel, Myanmar, Japan, Malaysia, Singapore, South Korea, and Vietnam. In Thailand, it is illegal to grow kratom, but a visitor might not be disturbed!

Kratom is illegal in Australia and New Zealand. A doctor may prescribe it, but people cannot use it for pleasure.

Similarly, in Europe, kratom is banned for use in Denmark, Finland, Latvia, Lithuania, Poland, Romania, Russia, and Sweden. The local legislations for Italy and the U.K. have to be checked before you decide to travel there.

Canada has also banned kratom, so we wouldn’t recommend that you take this chance. South America does not have any laws regarding kratom, but we can say that maybe this substance has not reached that market! You will not find kratom on this continent except in Brazil!

Kratom On A Plane

Kratom can be carried on the airplane or any other public transport in the United States, we have established this knowledge, but then why do airport staff members ask questions?

Don’t worry about that! Whenever you have any powder-like or liquid substance that the staff members might not recognize, they will ask you. The questioning is just part of the clearance procedure and does not mean that you are in danger.

Several users get confused by the mere questioning, but that is just regular procedure and does not imply that you have been picked out of the queue for any illegal substance!

However, if you are traveling to a country or city where kratom is banned, you will have to give up the supplement as when you land, you might be subjected to legal actions.

Tips To Keep Your Kratom Supplements While Traveling

To avoid any mishap, such as spill or leakage from your kratom container, always make sure you seal the powder or tincture containers yourself.

Although the online shops and vendors supply kratom in proper packaging, under air pressure, the bag or bottle can rupture.

Bubble-wrapping and extra covers of plastic must be used to keep the kratom supplement safe.

Liquids of any kind cannot be in your hand-carry luggage, which means that an extra layer of wrapping will have to be done to ensure no wastage and a better supply throughout your time away from home.

The dubious legalities in different countries and cities within the United States, you might have to open the packaging, but that will only be before or after the flight.

The purpose of this information is to let readers know all the possibilities and outcomes of carrying kratom while you travel on an airplane.

The TSA does not have any issues except that they will need to ensure that the passengers are bringing a legal substance.