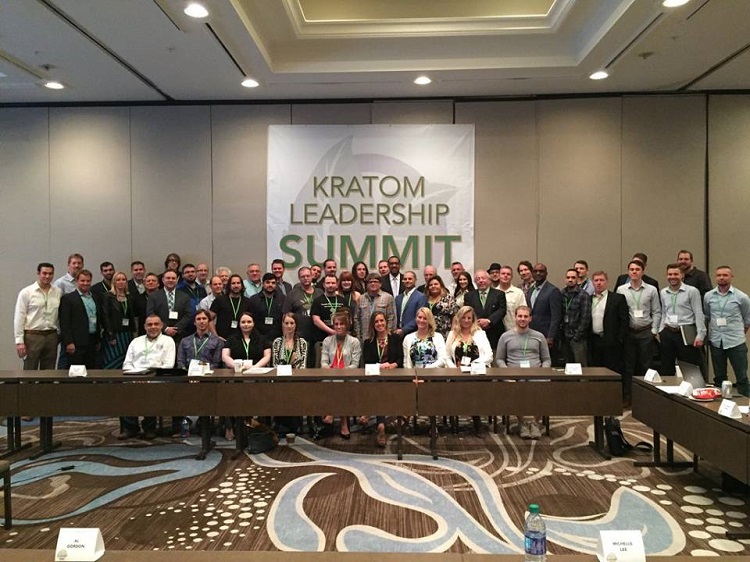 Atlanta GA – On Monday, April 30th, fifty leading Kratom suppliers, and advocacy groups have attended the first ever Kratom Leadership summit, to create awareness about the future of Kratom.

The main agenda is to discuss the ban of Kratom by Food and Drug Administration and the ways to pursue legalizing Kratom for medicinal use.

Kratom community with its principal actors has shown their strength in the Kratom Leadership summit. This is the first time in history when dozens of suppliers, scientists, and academics have gathered together to overcome the challenge of Kratom ban.

According to American Kratom Association chairman Dave Herman “It was amazing to see so many Kratom vendors and advocates dedicated to improving the lives of people nationwide through collaborative efforts.”

The summit was led by keynote speaker Dr Jack Henningfield, a leading addiction researcher. There were also contributions from molecular biologist Dr Jane Babin and Georgia state representative Vernon Jones. Rep. Jones has engaged with the participants in various discussions and highlighted his concerns about Kratom law and the consequences of it.

Jones said that he is a Kratom user, himself, and has seen the benefits of the plant drug first hand. As a public servant who serves fellow Americans he stands in favour of millions of patients who depend on Kratom, he emphasized that hosting a dialogue is the one way forward to find the right solution among diverse opinions. He also looks forward to the government for drafting Kratom industry standards and policy prescriptions.

Henningfield explained the current FDA stance on Kratom and how the decision is a misguided one with poorly developed facts about the purported opioid-like qualities of the plant. He also raised concern about the incorrect information spread about the plant’s effects on the human body. Henningfield said, “Kratom is no more addictive than a cup of coffee — and the available data show as much.”

Dr Henningfield gave an in-depth explanation of the four scientific surveys that scientists have conducted on Kratom and Kratom users. Citing his research on Kratom that has been reviewed by peers and the scientific investigations, Dr Henningfield said the spreading of misinformation about Kratom by FDA and other Kratom opponents is misleading and aimed at explicitly tarnishing the reputation of Kratom.

“To compare this slight possibility of mild addiction, on par with caffeine, to the devastating and deadly addictions found in real opioids is to drive a lot of the fear and misunderstanding prevalent in the media.”

Mac Haddow, Director of Government Relations for AKA, asked the industry to unite together and find a solution that is beneficial to the society as a whole.

Herman concluded that Kratom leadership summit had been the successful first step in uniting the Kratom community around shared principles. It has proven that diverse groups can come together and put aside their differences to find a way forward for Kratom industry.

Kratom Leadership summit and the enthusiasm the industry fostered shows the influence people can exert on crucial government decisions. The summit has reinvigorated and inspired the community to continue the production and distribution of this life-changing plant.

American Kratom Association is a not for profit organization focused on consumer interests, believes that the benefits of Kratom should not be corrupted and provides platforms for those who are suffering from pain and in need of Kratom. AKA is the association of millions of Americans whose lives have been saved by the positive effects of Kratom.