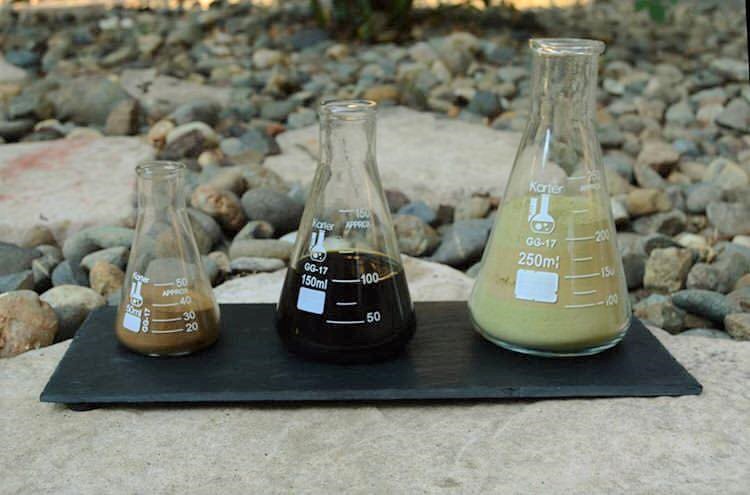 FDA warned the long-term Kratom users to avoid these products as it can increase the risk of heavy metal poisoning which can lead to kidneys or nervous system failure, high blood pressure, or might be a reason for developing certain cancers.

The Companies Listed by the FDA Include:

On November 27, 2018, the FDA Commissioner Scott Gottlieb issued a first statement about the risk of heavy metals such as lead and nickel in some kratom products.

The FDA tested 26 different products containing kratom as part of their efforts to limit the recent outbreak of salmonella infections. It was based on this testing that the above companies were contacted by the FDA to make them aware of the result.

Some scientists and kratom advocates who’ve enjoyed the benefits of this herbal plant argue that kratom is an effective and safe pain management strategy. It is ideal for individuals who are struggling with opioid addiction. While the FDA responded that the benefits are unsubstantiated, there are thousands of people who used kratom without noticeable side effects.

According to a survey published in the Drug and Alcohol Dependence Journal, most kratom users take the herb to treat a mood disorder, chronic pain and opioid addiction. The plant has a stimulant effect in low doses. In high doses, it has sedative and pain-relieving effect.

Kratom binds to opioid receptors in the brain without the tendency to halt breathing. Oliver Grundmann, a chemist at the University of Florida, has studied kratom. He posit that kratom requires regulations and stricter policies for quality assurance, instead of a complete ban.

The sources of contamination mentioned by the FDA are unclear. Botanicals can bio-accumulate or concentrate metals from the soil in their tissues.

Poorly regulated power plants, uncontrolled burning waste and industrial emissions in Asian cities could create a deposition problem where raw materials for kratom are sourced. This would explain the heavy metal content found in kratom.

The US Food and Drug Administration recently reiterated its warning on the severe risk associated with kratom. Gottlieb noted that the risk was mostly with how the product formulated and their effects on users. Despite attempts by the FDA to denounce kratom, it has only grown in popularity with large crowds of advocates taking to the streets to push for legalization of this fantastic herb.

February 2018 – the FDA intensifies it’s warning about Kratom, calling it an opioid. Scott Gottlieb stated that kratom has the potential for serious health consequences, abuse, addiction and death.

April 2018 – The FDA orders a mandatory recall of all kratom-based food products manufactured, packed or processed by Triangle Pharmanaturals LLC after some products were found to be contaminated with Salmonella.

April 2018 – The US FDA issues warning letters to three distributors and marketers of kratom products. They include Kratom Spot, Front Range Kratom and Revibe, Inc.

November 2018 – FDA Commissioner Scott Gottlieb, MD warns Kratom users about the high levels of heavy metals in 26 kratom products. Nickel and lead were among the heavy metals considered not safe for human consumption.

The American Kratom Association states that roughly 5 million people use kratom regularly. The rising number caught the FDA’s attention, and that’s why they have banned the importation of kratom in 2016. The FDA likened the effect of kratom to marijuana and heroin. The intervention of several Congress members and widespread backlash from the public, prevented the DEA from listing kratom as a Schedule I drug in the US.

In a 33-page letter sent to the Department of Health and Human Services, the leading scientists objected to the lack of scientific methodology in the FDA analysis of kratom. Led by Dr Jack Henninfield, the team stated that the FDA omitted key data sources alongside grey areas where conclusions were invalid, unreliable or incomplete.

A former lead scientist for NIDA, Dr. Henningfield accused the FDA of failing to collect evidence from kratom science experts or the National Institute on Drug Abuse (NIDA).

David Herman, Chairman of AKA said renowned scientists have shown that the FDA is miles away from providing sufficient analysis of kratom to back up their recommendation that Kratom should be listed as a schedule I substance.

He posited that the FDA analysis was part of its fight against kratom rather than a scientifically backed research.

The team of pre-eminent scientists urged NIDA and the DEA to re-evaluate the FDA’s claim and work with AKA to ensure proper marketing and Good Manufacturing Practices for kratom.

Pain sufferers often struggle to find the best medication that effectively manages pain without the risk of addiction. Opioid medication dulls pain but may lead to addiction.

Drugs such as Cymbalta and Lyrica have a terrible side effect. OTC pain medication does not work for chronic pain. Acupuncture and other alternative treatment are not covered by basic health insurance.

Kratom is an herbal plant that effectively treats chronic pain, insomnia, depression, opioid addiction, anxiety and alcoholism. AKA and the Pain News Network conducted a survey of 6,150 kratom consumers. Less than 1% say it didn’t work. That’s 9 out of 10 who enjoyed the benefits of kratom.

This was not a scientific study. Rather, an online survey of select users. Most respondents agree that the US DEA should not make kratom a banned substance. In the same study, 100% of respondents who used kratom for cancer pain said it was effective. 27 respondents used kratom because they had cancer.

Over 1,700 respondents used kratom for back pain and 92% said it was effective. It is also effective for treating migraine, irritable bowel syndrome, multiple sclerosis, neuropathy, autoimmune diseases and rheumatoid arthritis.

Most kratom users believe drug companies have colluded with the FDA to fight kratom. They argue that big pharmaceuticals are using the FDA to destroy the reputation of a natural herb because it is eating into their drug selling profit. The cost of kratom will triple if sold by pharmaceuticals. It will require red tape just to get it from a doctor – putting it out of the reach of ordinary people that rely on kratom for pain relief.