In this article, We will merely discuss the following:

How to deal with Kratom constipation?

Though Kratom is known to be a safe herb with relatively fewer side effects, one of its side effect, i.e., constipation has been a major problem for many users. Many users quit taking Kratom just because of this side effect.

This article will tell you how to deal with Kratom constipation so that you are not deprived of the benefits of Kratom. 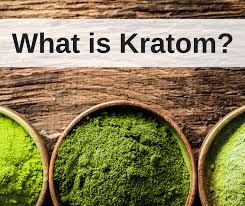 I am sure by now we all are aware of Kratom. It is a plant that is originated from various countries of Southeast Asia.

The leaves of this tree form an important in medicinal herbology. The leaves of Kratom come in three different types.

The classification is based on the color of the central vein of Kratom leaves. The three leaves have three types of veins; red, green and white. This forms the three strains of Kratom.

Kratom at low doses is considered stimulating and euphoria while at higher doses it acts as a muscle relaxant and as a sedative.

The red strains are more stimulating as compare to the White strains which are sedating. The green strains are mild. Kratom is consumed in the form of tea, powder, capsule, tablet, extracts, and tinctures.

What is the mechanism of action of Kratom and what are the effects produced by Kratom?

Kratom has more than 40 alkaloids in it. These alkaloids act on various receptors in the body. The primary alkaloid of Kratom is 7-hydroxy Mitragynine along with Mitragynine.

These alkaloids are known to act on the mu, delta and kappa Opiate receptors in the brain. This elicits a series of actions. There is an increased release of dopamine, dobutamine, serotonin and pain suppressors like endorphins and enkephalins along with serotonin.

As a result of the release of multiple neurotransmitters, the person starts feeling happy and joyous. He feels stimulated, energetic and confident. If he is suffering from pain, it is suppressed to a considerable extent.

His sociability increases and he feels more optimistic and confident. At higher doses, the person starts relaxing and his entire body goes into a state of calmness, this is when he drifts into peaceful sleep.

What are the side effects of Kratom? 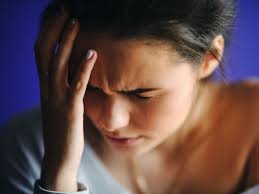 Kratom causes papillary constriction, blushing, loss of motor coordination and tremors, constipation, nausea and vomiting, sweating and dizziness and itching. Serious side effects may occur if you take a dose greater than 15 grams. You will start getting seizures.

The long-term side effects of Kratom include hyperpigmentation, weight loss associated with anorexia and psychosis. Long-term Kratom use affects the health of liver and kidney.

What is Kratom constipation?

Constipation is a phenomenon in which a person experiences lesser urge to pass stools frequently. The stools are hard in such a condition and difficult to pass.

Kratom constipation occurs due to the intake of increased amounts of Kratom in exaggerated frequency.

How to deal with Kratom induced constipation?

If you get constipation after taking Kratom, you should see if it gets relieved naturally. If it doesn’t, and you feel like its severe, that is when you feel pain while passing hard stools, you should get worried.

The first thing that you need to do is to reduce the dose of Kratom or change the strains, but it is preferred that you stop taking Kratom altogether.

If it doesn’t get relieved, you can take laxatives and start drinking more water and fruits containing a high content of fiber. Supplements like magnesium citrate have shown to be helpful.

You can also take herbs like aloe, rhubarb, cascara sagrada, senna and frangula for relieving constipation. These are the herbal stimulant laxatives.

These should only be used on a short-term basis to avoid developing dependence. Galactose and fructose are also helpful as they increase the peristalsis and draw water into the intestine by osmosis.

What are the actual user’s responses on how to deal with constipation associated with Kratom?

Another user recommended going first for the fleet enema to soften the old hard stool and pass it out and then go for other methods.

He suggested drinking water and increasing the intake of fibers while taking Kratom can prevent the development of constipation. Along with this, he proposed taking Miralax for constipation which is also recommended by the doctors.

One user stated that taking probiotics like milk along with mineral supplementation while taking Kratom can prevent constipation from occurring as these things keep the gut dynamics in a balanced state. Taking coffee and tea are not usually helpful.

What shall I do when I develop constipation after taking Kratom?

Start by quitting the use of Kratom and take loads of fluids. If that doesn’t help, drink the milk of magnesia. If it doesn’t work, shift to magnesium citrate pills.

If two days have passed and nothing has helped, start exercising, a 15 minutes fast walk can even help. Jump around, twist your waist, and just make sure your intestines come into motion.

Side by side take Olive oil, if it doesn’t help, go for Castor oil. If this doesn’t help and constipation persists for 36 hours then get a laxative like Bisacodyl 5mg.

Take three pills and senna tea with it. This will help. If it doesn’t, you must see a doctor immediately.

No, Kratom is not harmful. It has very mild side effects, and so far no toxicities or fatalities of Kratom have been reported. You do not develop quick addiction or tolerance to the effects of Kratom.

To remain on the safe side, always consume small doses of Kratom as they do not cause any side effects.

How frequently can I take Kratom?

Kratom must not frequently be taken. The maximum you can take it in a week is only three times. More than that can cause addiction and bring about side effects.

Also, ensure that you do not take one particular strain of Kratom frequently as it causes stagnant strain syndrome. Change strains regularly and avoid taking Kratom extracts and tinctures.

Do I need any dietary modification while taking Kratom?

You must take a balanced diet with full nutrients to stay healthy. Kratom causes anorexia and weight loss, to avoid that you must ensure taking appropriate amounts of proteins, fats, carbohydrates, minerals, fiber, vitamins and fluids in your diet.