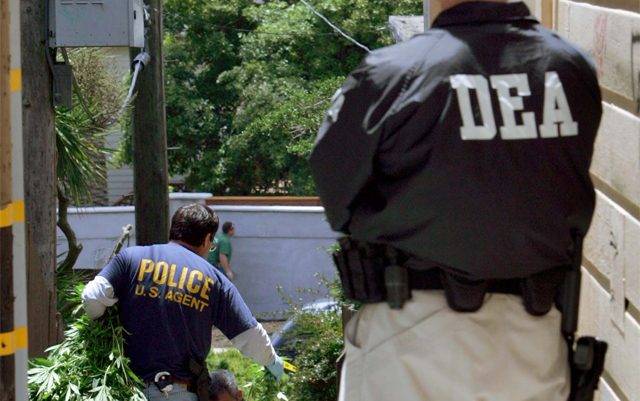 Ever since in 2016, DEA recommended the ban on Kratom on a national level; Kratom has been the talk of the town. The debate on Kratom legality has been an ongoing debate with frequent clashes with federal authorities and Kratom supporters.

Although DEA’s decision to ban Kratom was reversed due to the massive public reaction, we still see every now and then some news popping up regarding Kratom ban in one state or another.

Several verdicts have been passed concerning Kratom usage in many states, and some are still going through with the legal process. Recently, Ohio also went through a similar situation -where the Kratom ban is still looming like the worst threat over the citizens.

Currently, Kratom is entirely legal for use in the US, except for a few cities and states where Kratom is either banned or can be used in only natural form with some restrictions.

The US states and cities, where this drug is illegal are Alabama, Tennessee, Vermont, Indiana, Rhode Island, Arkansas, Washington DC, Wisconsin, and Columbia.

Let’s have a more in-depth look at the real story of the suggested Kratom ban by DEA and find out what’s going on.

2016 is considered an essential year in Kratom history, as this beneficial botanical was on the verge of being banned in the US.

Kratom, also known as Mitragina Speciosa, is a medicinal plant that has been used by farmers, labourers, and now patients suffering from chronic ailments, as an analgesic and fatigue reliever.

According to a report, as much as 16 million people are using Kratom in America, at the moment.

Most of these people claim this drug to be the most effective treatment for pain alleviation in chronic diseases like fibromyalgia, lupus, rheumatoid arthritis, multiple sclerosis, and many others. Moreover, Kratom is also widely used to overcome opioid addiction.

However, federal authorities seemed to neglect all of these important facts when they pushed to list Kratom as a Schedule 1 drug in the controlled substances a few years back.

It is essential to know that Schedule 1 substances are considered the most dangerous drugs with absolutely no medical use and a high potential of abuse like Heroine, LSD, and Cocaine.

On August 31, 2016, DEA even placed a temporary ban on Kratom and prohibited its use for medicinal purposes. The ban involved two of the main components of Kratom named mitragynine and 7-hydroxy mitragynine.

Despite Kratom having been a relatively unpopular drug at the time, the huge outrange from the Kratom community surprised DEA.

Furthermore, American Kratom Association, a non-profit organization founded in 2014, was also able to raise $400,000 that was quite impressive.

A spokesperson of DEA, Melvin Patterson, called the public response quite overwhelming and “an eye-opening experience personally”. He justified the association’s action by saying that DEA has heard the public and they will do their best to make the drug available to them.

DEA at first only pushed the date back from September 30 to December 1 to make Kratom prohibited permanently and a public comment period was opened.

Fortunately, now the ban has been delayed indefinitely. It, however, doesn’t mean that Kratom ban still can’t be made illegal.

According to Business Insider, “a ruling is imminent” on the legality of Kratom, as researchers of DEA are still studying the two alkaloids present in the drug.

Reasons For DEA To Push For The Kratom Ban

The main reason DEA pushed for the urgent and sudden Kratom ban was the reported deaths caused by the drug.

DEA recorded 15 deaths that somehow were related to Kratom consumption from 2014-2016.

Further, the Centers for Disease Control and Prevention also claimed that there was an increase of Kratom related poison exposure cases from 26 in 2010 to 263 in 2015, which is a massive increase in numbers.

Moreover, DEA wrote to the FDA for a review on Kratom and no approved drug applications were found. It prompted DEA to ban this beneficial botanical temporarily “to avoid an imminent hazard to public safety“. DEA also called Kratom unsafe due to its opioid-like effects.

Further, its unknown reaction with other substances and false labelled marketing were also strong motivators behind the temporary ban.

DEA has also listed many side effects in the federal register, ranging from mild reactions like tachycardia and poor concentration to the severe cases of death.

Another critical factor that contributed to this legislation change was that Kratom had not been studied enough. In their own words,

“Unknown factors, including detailed product analysis and dosage variations between various packages, present a significant danger to an abusing individual.”

Though, we are lost to the benefit of this ban because the ban will only make it harder to conduct any research that might be able to demonstrate any positive medical benefits of Kratom.

DEA Lists Kratom As A “Drug Of Concern.”

DEA has listed Kratom as a “drug of concern” for several years. The association describes the term “drug of concern” as those substances that are not currently controlled by the Controlled Substances Act, but they can still prove to be dangerous to people abusing them.

People consider it safe as it is only a herbal supplement, which is an entirely wrong perception. FDA has not yet approved Kratom for any medicinal use.

However, they haven’t studied the plant also. Until and unless more research is conducted on the drug usage, mechanism of action, and drug reactions, the chances are that Kratom will remain under the same category for the foreseeable time.

FDA has gone all out to regulate Kratom. They have been issuing a warning against Kratom usage for a long time. From disapproving its use for medicinal purposes to cracking down on sellers for marketing Kratom, FDA is doing everything in its authority to outlaw Kratom.

The previous FDA commissioner Scott Gottlieb, MD, has been particularly resolute on influencing the enactment relating to Kratom.

In a press release of November 2017, he said, “Evidence shows that kratom has similar effects to narcotics like opioids, and carries similar risks of abuse, addiction, and in some cases, death.”

He has further said that the impurity of the botanical can also pose dangers to the users. As the Kratom has been reported to be placed with opioids like hydrocortisone.

This can not only cause dependence but also cause severe side effects like liver damage, seizures, and withdrawal symptoms.

FDA has also wholly denied the role of Kratom as the therapy of opioid addiction. Even though they have displayed a willingness to accept the evidence that can demonstrate medicinal use of Kratom, there haven’t been any particularly acceptable submission been made yet to them.

Scott Gottlieb has, again and again, cautioned others against the usage of this drug. In a tweet posted in August 2018, he wrote,

“There are no proven uses for Kratom and FDA strongly discourages the public from consuming it. Kratom is an opioid, and it’s an inherently addictive product that can cause harm, which is reason enough not to consume it, but also may make users sick.”

Scott Gottlieb’s resignation in April 2019 seemed like good news and a huge reprieve for Kratom supporters. Howbeit, in June 2018 there were again some cracks down on Kratom by FDA.

The association has issued warning letters to Kratom vendors for illegally marketing and trading unapproved, misbranded kratom-containing products with false claims about their use to treat or cure opioid addiction and withdrawal symptoms.

Recently, a salmonella breakout was also thought to be associated with Kratom usage that killed 200 people in 41 states.

What Kratom Advocates Have To Say About DEA And FDA’s Concerns?

Kratom advocates have a lot to say against Kratom ban. They consider all the concerns presented by the FDA and DEA as nonsensical and baseless, which is not far from the truth.

One of the main reasons for DEA pushing the Kratom ban in 2016 was the deaths associated with this drug consumption. However, it is demonstrated and explained at more than one occasions that several other drugs were also found in the blood of the casualties.

It means that the cause of death can be any of the drugs. Further, Kratom is used as a treatment of opioid addiction, and the presence of Kratom in the blood can also mean that it was taken as a therapy.

Marc Swogger, a psychologist at the University of Rochester Medical Centre, has said in an interview last year that “we just don’t know what caused the Kratom-related deaths”.

In his paper, he also explained that in the cases of Kratom-related deaths, fatal doses of other drugs were also found.

Additionally, the users were also alcohol or heroin addicts -which can also contribute to the end. According to Swogger, “The research indicates that this is a pretty mild substance and criminalizing its use is insane to me.”

Kratom is also often compared with opioids as they both act on similar neuron receptors, but their mechanism of actions are quite different. Moreover, Kratom is less harmful and addictive than opioids.

Furthermore, unlike opioids, it also doesn’t cause lethal adverse effects like respiratory depression that may lead to death.

According to Christopher R. McCurdy, PhD, a professor of medicinal chemistry at the University of Florida admitted that Kratom can be addictive but he also compared the addictive index of Kratom with coffee. It isn’t surprising, as the Kratom is basically a plant and belongs to the coffee family itself.

His research on rats has also demonstrated that Kratom can be used for opioid withdrawal also. Patients using Kratom for this purpose are observed to be suffering from minimal withdrawal symptoms.

It can be said without a doubt that recreational use of Kratom has been increased all over the US for sure.

People are getting hugely fond of the drug for its various beneficial characteristics of pain and fatigue relief, anti-depression and anxiety and treatment for drug dependency.

Absence and lack of any Kratom regulatory laws have also contributed to the fact that vendors can easily import drugs and sell it in shops or online quickly.

DEA should work on regulating this botanical properly, rather than banning the drug outright.

This beneficial botanical is changing lives all over America and making it illegal can be a significant grievance for many Kratom users.