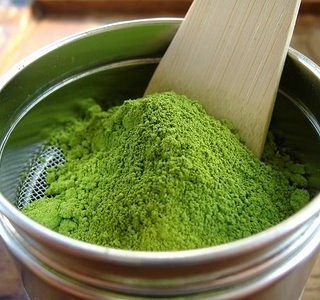 When somebody goes through some tough times, they are usually suggested to seek help from meditation or yoga to put their mind at ease. Some people may find it laughable but don’t just cast away this idea till you have tried it. One can get help for tension, soreness, and general discomfort from meditation and yoga.

These practices have benefits for physical manifestations, but one can also get emotional and psychological benefits. As meditation and yoga allow one to connect his soul and body and create a better overall outlook of general life. Now, this is where the ultimate herb, kratom, comes.

Kratom is a native renowned herb found in the jungles of Southeast Asian countries, such as Thailand, Malaysia, Indonesia, and Brunei. The people of these regions use kratom leaves to improve mood, relieve discomfort, and get an energy boost. The health benefits of kratom are due to the presence of several alkaloids, including mitragynine. The newest information about kratom is its benefit in meditation that is as stunning as its other benefits.

How Does Meditation Relate To Kratom?

The relation between meditation and kratom is due to somewhat similar effects provided by both of them.

Meditation has been practiced for a thousand years aiding in creating an understanding regarding the mystical life forces. Currently, meditation is largely used for stress reduction and getting rid of unwanted uneasiness.

It is considered to be a solution that heals the mind and also helps in the awakening of a personality’s hidden powers. A tranquil mind and relaxed state result from different tools of meditation.

Similarly, enhanced focus, mood, and concentration, better motivation, optimism, happiness, and a boost in energy are the notable effects of kratom, along with relief from uneasiness, stress, and discomfort.

It is said that kratom and meditation both have the same effects linked to personal upbringing, immunity, and therapeutic properties.

Kratom is anxiolytic and analgesic, but what makes Kratom beneficial is its nootropic property. Nootropic agents are responsible for boosting the performance of the brain. Kratom is a natural nootropic agent and provides the overall betterment of an individual. Physical health benefits are obtained from kratom, but it also equally enhances the cognitive abilities of its users.

The process of meditation required precision, concentration, and accuracy for it being effective. When kratom is taken before practicing meditation, its stimulating effects help during the meditation to augment the process of learning of contemplation.

Productivity And Focus During Meditation After Taking Kratom

The alkaloids and active agents like 7-hydroxy mitragynine and mitragynine present in kratom are responsible for their nootropic properties. Not only are the cognitive abilities supplemented by kratom, but it also makes the general mood of the user much better. The user also feels a boost in his energy. Research has proved that focus improves with the use of kratom. This benefit of kratom is essential to take maximum advantage out of the meditation and productivity increase.

However, a wide range of kratom strains are present in the market, and each has effects unique to them. Some strains have a better ability to relieve uneasiness and discomfort, whereas some strains improve concentration and boost energy.

You need to check before using kratom, which strains suit your needs for meditation and will be good for making your performance better. Below are some beneficial strains for this purpose:

This kratom strain contains the highest concentration of alkaloids and flavonoids responsible for nootropic properties. Because of this, it has been proved that Maeng Da is quite efficient for improving general mood and enhancement of productivity in the user.

Additionally, mitragynine is the key alkaloid in Maeng Da. It is evident from the research that mitragynine has the same effects that are produced by opioids resulting in improved cognition and better concentration.

This strain is known to be 17 times more potent than morphine because of its high concentration of alkaloids, especially 7 – hydroxy mitragynine. This alkaloid produces analgesic properties. The calming effect produced by White Indo Kratom helps to improve concentration and focus.

This strain gives the combined effect of all moon-enhancing, brain-stimulating, and relaxation properties because it contains alkaloids in a moderate blend. Super Green Malay strain provides high mental capacity stimulation, and the outcome is enhanced productivity, concentration, and hard work that is essential for meditation.

Also known as relaxing strain, 7 – hydroxy mitragynine is present in high concentration. Red Thai Kratom produces an environment that is free from stress for its users, which comes in handy while practicing meditation.

Different Types Of Meditation And Kratom

Meditation does not consist of a single practice or exercise; instead, it combines different activities that are all focused on personality and relaxation goals. You need to know the role of kratom for the type of meditation you are practicing.

This technique involves imagery training in visual form in which the individual imagines things, places, or situations that relax the practitioner. Before practicing this technique, more purposeful results are obtained if the person consumes kratom in a standard amount.

Several “mantras,” which are specific phrases, are chanted or repeated several times to prevent thinking of distracting thoughts. It is necessary to have soundness of mind, focus, and motivation to get maximum benefits. When kratom is consumed for practicing this technique, the accuracy of the end effect is more.

This method of meditation is helpful in the awakening of the subconscious mind, and the abilities to perform certain functions and potential cognition also increase from it. When kratom is consumed before practicing mindfulness, it helps the user achieve a clearer mind and enhances self-control.

This method is a combination of actions that includes basic meditation, breathing control, and physical postures. Kratom is used for overall wellness and supplements this practice to bear more fruits.

It involves movements and body postures working simultaneously with breathing motions, all aimed at controlling the brain functions. The consumption of kratom before practicing Tai Chi makes its results more efficient.

It is the most common type of meditation nowadays. It involves exercises that combine breathing control and posture for promoting a better body and personality. With the intake of kratom before practicing yoga, the balance between physical activeness and concentration becomes perfect.

Quantity Of Kratom Intake Before Meditation

During meditation, the beneficial effects of kratom kick start with the intake of a standard amount that is between 5 to 5 grams. The productivity of the meditation period increases with this dose. However, if someone is starting the use of kratom, it is better to start with lower doses of 1 to 2 grams. Gradually increase the amount if effective is not experienced.

Meditation is a process through which the mind and body heal with the help of a person’s internal positive energy. Also, kratom is well known for its recreational as well as medicinal use. An intelligent approach combines the beneficial effects of both for the betterment of personality and enhancement of cognition.

However, one should always bear in mind that the right benefit is obtained from the right amount of dose while using kratom. On higher doses, kratom induces euphoria and sedation. Low to moderate doses of kratom only produce the best effects. It is always best to start using kratom at lower or standard doses to gain much out of meditation.