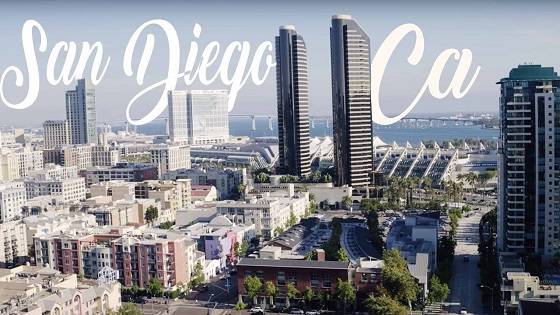 Kratom has shown a lot of potential as a therapeutic herb. Despite the benefits it provides, Kratom may be potentially hazardous to human beings. For this reason, Kratom is banned in San Diego. You cannot buy Kratom tree products legally in this part of California.

Due to having similar characteristics as opioid drugs, Kratom have a controversial nature. The FDA and DEA have not approved this drug due to several valid reasons.

This herb might be addictive, and its long-term effects are still unknown. Kratom has been a focus of research in some parts of America where it is legal to use. It is legal in all of California, except for San Diego.

Mitragyna Speciosa is illegal in San Diego, California. Kratom is not considered a herb in this part of California.

Residents of San Diego cannot legally own, sell, and manufacture Kratom. Online Kratom sellers have restricted purchase and delivery of Kratom in this part of California.

In fact, any other product with the presence of the main alkaloids in this herb is also banned. These psychoactive substances include Mitragynine and 7-hydroxy mitragynine.

FDA is an organization that keeps a check on drugs and other substances consumed by humans. The FDA has not approved Kratom as a safe drug or supplement for consumption.

According to them, it can be risky for human health and has addictive properties.

Initially, the FDA and DEA wanted to ban Kratom usage completely. However, the agencies have to postpone their decision due to protest.

The members of congress persuaded the DEA to gather the opinion of the general public about this substance before imposing a solid ban on it.

San Diego City Council has the power to prohibit the usage and market of any substances that don’t seem fit for consumption by the people of San Diego.

In June 2016, the City Council banned Kratom in the entire San Diego County, along with some other psychoactive and synthetic drugs, bath salts, and unusual spices (synthetic cannabinoids). They banned Kratom and classified it as a level one drug instead of an herb.

Reasons For The Kratom Ban In San Diego

There are a few reasons that lead to a ban on this herb in San Diego, along with a few other parts of the USA. These reasons are listed below;

After investigating this controversial substance, The authorities have not yet banned the usage of it, but they warned consumers about the potential risks this substance may have.

According to the FDA, Kratom is not just an herb; it is also an opioid that has similar risks as opioid drugs.

The DEA calls it “a drug of concern”.It can cause consumers to have a severe problem of dependence on Kratom after using it for a significant amount of time.

FDA says that Mitragyna speciosa is very addictive. They consider it to be similar to drugs with extremely addictive properties.

Several deaths were reported related to Kratom usage, and there was a Salmonella outbreak in a few states of the USA. Both of these events were investigated by the FDA, which led to a stronger disapproval of Kratom usage by the FDA.

Media coverage regarding Kratom broadly highlights the negative news and seems quite unbalanced. All these factors have influenced the final prohibition of this substance in San Diego, California.

Availability Of Kratom In San Diego

The prohibition of Kratom in this part of California came as disappointing news for Kratom consumers living there.

Most of them signed petitions to lift this ban on Kratom. But, the ban is still intact. These consumers residing in this area have minimal options for buying Kratom locally.

It is close to impossible to find Kratom goods within the city legally. But, a few retail stores have recently opened up in the San Diego region that provides Kratom goods.

These stores include Bumble Bee Botanicals and Golden Hour Botanicals. You can find information about these stores on the web and you can buy locally at the following places:

Role Of Buyers And Sellers In Legalizing Kratom

The residents’ reaction to the ban on this substance was mostly adverse. It came as very disappointing news to the people.

A significant amount of Americans have been using Kratom for a while and have noticed positive changes in their health and lifestyle.

Naturally, most people want the ban to be lifted so they can enjoy the benefits of this herb without any inconvenience.

For this purpose, petitions have been signed all over San Diego to make Kratom legal in this part of California. Kratom has returned to specific retail stores in this part of the USA.

For example, the legal disclaimer on the packaging of Kratom goods sold at Bumble Bee Botanicals reads, “Not intended for human consumption.”

The sellers should gain the trust of the legislators as well as the public by providing proof of purity and safety on the packaging along with all relevant warnings.

To make Kratom legal, the residents of this area are advised to be more involved in the issue by reaching out to the authorities, and donating funds to the advocacy campaigns and spread awareness about the benefits of this herb in the city.

Role Of AKA In Legalizing Kratom In Restricted States

American Kratom Association came into existence in 2014. This organization strives to protect the freedom of consumers of this herb in the USA. They work toward making this product available in the market legally in the USA.

Kratom goods are legal in the USA on the federal level, but it is banned in some states.

AKA is working on a state-by-state campaign to pass Kratom Consumer Protection Acts (KCPA) in every state to make sure that Kratom tree products stay legal and genuine in those parts of America.

They have been observing the legislation in San Diego. They want to explain and prove the benefits of this substance to the legislators to make it legal again.

Kratom In Other Parts Of California

There are no significant laws about this substance that apply in all parts of California. It is legal in all cities of California except San Diego. In other cities, it is allowed to own, sell, and manufacture products of Kratom trees without any trouble.

Shipping of this product should be convenient in other parts of California, but if the package is passed through a state where it is banned, it is likely for it to be seized in this city.

How Far Do You Have To Travel From San Diego To Buy Kratom?

You can surf the web to check for Kratom availability locally in San Diego. It may be tricky for consumers to find a wide range of strains there, but you may find a few products.

It can be bought at smoke shops and specific retail stores. If you are traveling to any other city in San Diego, you can find Kratom products easily in those cities.

Can You Bring Kratom From Other Cities In San Diego?

You can buy Kratom tree goods in other parts of California legally. But, bringing it back to San Diego may be risky and put you into jeopardy.

Even though the consequences of possession of this product are unclear, but it is considered a misdemeanor. Your products are likely to get seized at the airport.