The U.S. Food and Drug Administration warn users about the use of Kratom Mitragynaspeciosa for the possible risk of salmonella. Kratom is a plant that grows naturally in Thailand, Malaysia, Indonesia, and Papua New Guinea.

It affects the same opioid brain receptors as morphine or Vicodin does. For this reason, Food and Drug Administration classifies it as an opioid since February 2018.

The recent Kratom salmonella outbreak continued to make people sick across the USA. CDC reports a gradual increase in the number of affected people. Many Kratom selling brands are recalling their products for the suspected salmonella contamination.

The public health officials confirm a rapid increase in Kratom salmonella outbreak victims. It is due to the longer shelf life of Kratom and its products which mean all the contaminated products may still under sale.

The salmonella contaminated Kratom supplements have affected 199 cases across 41 states of USA, as released by the report from Center for Disease Control and Prevention.

Out of these cases, 132 cases were reported only in April. Lately, 67 more incidents of Kratom linked salmonella are informed.

Center for Disease Control and Prevention (CDC) has issued fifth and final warning about salmonella-based Kratom in the past two months. It has warned people to stop using Kratom capsules and powders.

There are no deaths confirmed, but nearly 40 percent of the victims are hospitalized (as per CDC report). The investigations for epidemiology states that 735 of these consumed Kratom pills, powder or tea before diagnosing a salmonella infection. All of these users bought Kratom from retailers in several states and online.

There are no approved Kratom brands by FDA, but now after this Kratom salmonella outbreak, they are actively evaluating all information on Kratom and issuing safety concerns. FDA encourages research to understand the nature and functions of Kratom as per user safety profiling. 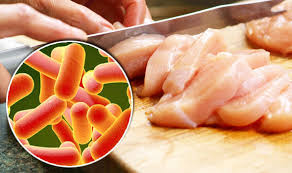 Salmonella is a bacterial strain that makes people sick when they use contaminated water or food. An American scientist Dr. Salmon discovered it, and for last 125 years, it is causing illness to people.

The infection caused by salmonella is called Salmonellosis. The disease proceeds with symptoms of diarrhea, fever, abdominal cramps and pain within 12 to 72 hours of infection.

These salmonellosis symptoms last for 4-7 days even without treatment and usually recover on its own. But in severe form, a person may need hospitalization.

In this recent salmonella outbreak with Kratom, most of the patients required hospitalization for regular health monitoring. It denotes that this salmonella attack was in its severe form.

In the patients, salmonella spreads from the intestines (from food) to the bloodstream. Then it makes its way to other body sites.

In severe salmonellosis, a person can die unless he is not getting a high antibiotic treatment for the bacteria. The elderly patients, infants, and immunity-compromised persons are more likely to have a severe illness.

The first report is from February 12, 2018, when the FDA issued an outbreak on Salmonellosis caused by a rare strain of salmonella.

Till mid-February 28 people in 20 states were infected, and more than half of them ending at the hospital. By the end of the month, CDC reported 40 people in 27 US states affected. The number continued to raise more with time.

In North Dakota and Utah, departments of Health collected leftover Kratom powder from salmonella-infected people in their respective states to confirm salmonella.

Another person in Utah reported the website kratoma.com for buying the salmonella-infected Kratom. Later in March, Oregon Health Agency issued a press warning for the possible contamination. After this, many Kratom suppliers recalled their products from the market.

FDA joined the state partners for testing various Kratom brands for the possible bacterial contamination. A total number of 25 products were positive for salmonella strains.

On the other hand, CDC reported more people infected, in 35 states with salmonella infections, most of which were under severe attack.

With such high number of victims, many Kratom brands started to recall their products that include NutriZone, Club 13 Enterprises, and Tamarack Inc.

In April, FDA issued a mandatory recall order for all the food products that use Kratom powder under various brands. Till May this number has further increased, and FDA has issued a whole list of Kratom brands that are affected with salmonella contaminants.

FDA enlists following retailers and distributors for the salmonella-contaminated Kratom.

Which Other Items Linked With A Salmonella Outbreak?

Centre for Disease Control and Prevention mentions similar salmonella outbreaks from the past. However, not all of them are linked with food but animals and other sources too.

The first salmonella outbreak linked with food was reported back in 2006, and it was related with tomatoes.

What Is CDC And FDA Warning On Kratom Salmonella Outbreak? 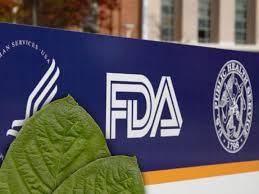 CDC and FDA have warned about using Kratom and all its products. The consumers who experience symptoms of salmonellosis should immediately contact their healthcare provider.

If they confirm the disease, it is necessary to tell the healthcare provider about all products you may be using, including products containing Kratom.

Using any of the Kratom strain or its product may bring salmonella infection for you; it is better to avoid it.

As a precaution, Kratom that is without its original packaging is dangerous to use, and a user must discard it. All the containers used to store Kratom should be thoroughly washed and sanitized.

In the worst case, the cross-contamination may also affect other people around the infected person. It is better to take care of personal hygiene, work surfaces, and utensils after use.

The high incidence of salmonella serotypes reported in the recent outbreak arises a concern that Kratom strains need testing.

In April, FDA analyzed nearly 100 samples from various distributors and retailers, out of which many were found positive. Additional sample testing is still going on, but FDA reminds all the Kratom customer for the possible contamination with salmonella.

It can make users sick if they consume it and cross-contaminate from surrounding surfaces may also affect other people to this disease.

FDA and CDC advise Kratom consumers to avoid it in all forms. This Salmonellosis caused by Kratom is a public health concern now. Kratom was already on a fluctuating status for its possible risk of risks of addiction, abuse, and dependence when used in high amounts.

There are no such FDA-approved uses for Kratom, and neither are safe brands selling Kratom. However, it has published a list of retailers selling contaminated strains.

For now, the FDA is actively gathering evidence on Kratom safety, but it warns the users, not to consume any products containing Kratom’s psychoactive compounds, Mitragynine, and 7-hydroxymitragynine. FDA also welcomes questions on food safety by writing to them through inquiry page.