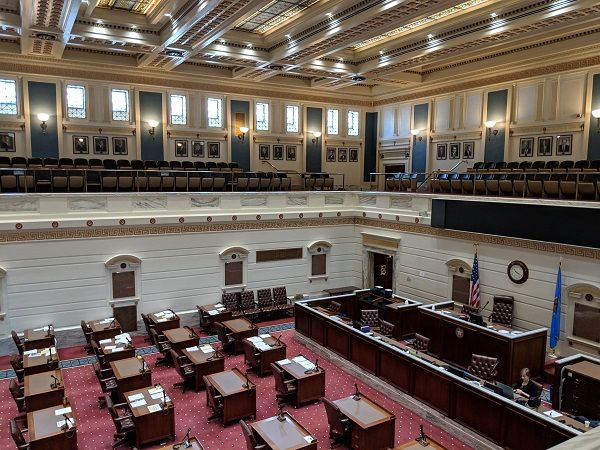 In the first week of March 2020, Oklahoma decided that kratom must be regulated finally. According to the Journal Record, the daily legal and general newspaper from Oklahoma, the bill HB 2846 by Pae and Standridge was proposed in the Oklahoma House for legislation to be finalized.

The local newspaper emphasized that the proposition was made in the House for voting as the state authorities wish to regulate kratom products, which will ensure safety for kratom users.

Kratom or Speciosa Mitragyna is a tree that grows in Southeast Asian countries. It is fast gaining popularity in the United States, as millions of users attribute their wellness to it. One of the properties of ketum is that it stimulates senses, and users feel energetic.

However, due to the lack of FDA regulation, a great deal of misunderstanding and doubt remains about this substance. Mitragyna Speciosa is a natural substance that helps wean off opiates and is a good substitute for high-degree analgesics. The FDA does not recognize it as a medicine. In Oklahoma, this substance is sold over the counter, and thousands of users praise these products.

Kratom has a psychoactive property, which makes users take a step backward! Yes, some of you might think it is a drug, but that is only because there is little research on this substance. Users often express their experiences unbiasedly and explain how kratom has some medicinal properties that the health regulatory bodies don’t acknowledge.

The bill passed in Oklahoma will ensure regulated kratom products for people, which will somewhat reduce doubts, and people will be able to consume safe and fresh ketum products to improve their lifestyle.

The key elements of a bill require:

Previously, Oklahoma citizens backlashed the DEA’s decision to ban kratom. However, now that the bill is passed, the state is free to use kratom without any bans or discretion! This is a significant step as kratom remains an ambiguous substance for several potential users.