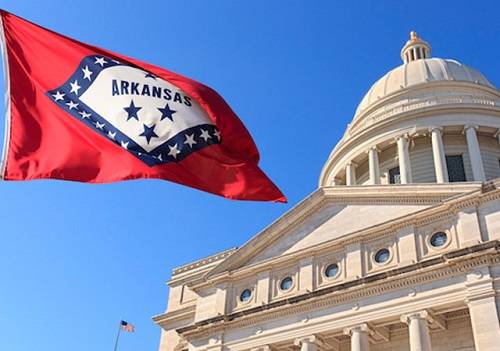 Kratom is quite a popular herbal drug these days, throughout the USA. On one side, people love this beneficial botanical because of its various positive medicinal effects -like pain and fatigue relief, anti-depressant, and, most of all, the treatment of opioid addiction.

However, on the other hand, lawmakers and government bodies are raging about Kratom’s potential side effects.

Nevertheless, the fact remains that US citizens are quite fond of this drug, which is evident by the fact that almost 16 million Kratoms users are present in the USA currently, and 2000 metric tons of Kratom is being transported in the country every month.

Kratom legality in the US as a whole is a bit of a complicated situation. Every now and then, we see a news pop up concerning its legislation.

Although at the moment, Kratom is considered entirely legal on the federal level, some states have banned Kratom possession and trade in its boundaries.

Being the only state in the US having a diamond field, it is of no doubt that tourists flock here to get their hands on some diamonds of their own.

Nonetheless, this also brings up the query of drug laws in the state. It is a frequently asked question that whether visitors or tourists can fly with Kratom in Arkansas or not.

If you fancy a visit to Diamonds State Park or any other local place, it is better to forgo any ideas of bringing some Kratom with you. Because, unfortunately, Arkansas is one of the few USA states that have banned Kratom in its territory.

Currently, possession, manufacturing, and trade of Kratom are wholly illegal in the state. You can not keep and consume any amount of Kratom here in Arkansas.

History Of Kratom Legality In Arkansas

Before that, citizens of Arkansas enjoyed quite a lot of freedom with the consumption of Kratom for the treatment of chronic pain, fatigue, anxiety, depression, and drug dependency.

However, an unpropitious letter by one doctor to the Arkansas Department of Health became the sole cause of the Kratom ban in the state.

According to the doctor, Kratom supposedly possessed a mechanism of action similar to that of opioid agonists.

It caused the amendment of the controlled substances law and added the two main components of Kratom -namely, 7-Hydroxymitragynine and Mitragynine- under the list of opium derivatives.

This whole law seemed nonsensical, as it is a scientifically proven fact that Kratom -or in other words, Mitragyna Speciosa- is a plant belonging to Rubiaceae (coffee) family.

Furthermore, Kratom’s nature as a partial opioid does not make it an equivalent to opioids, as they not only act differently on neuroreceptors, but they also don’t cause side effects, like respiratory distress- for which opioids are generally notorious.

Since the ban, many seizures of Kratom have also taken place in Arkansas. One seizure has been conducted in Sebastian County, while several other seizures were carried out in Crawford County.

What Are The Consequences Of Going Against Kratom Laws In Arkansas?

Possession, trade, and manufacture of controlled substances are considered a felony that has harsh punishments.

In Arkansas also, a person selling, buying, and owning Kratom within the state territories can face a penalty of upto 20 years jail time and a fine of $15,000.

Additionally, if you are found by law enforcement agencies having more than 2 grams of Kratom in the possession and within 1000 feet of distance from specific facilities, you can be liable to increased prison time of 10 years.

It means that you can be liable to a penalty of upto 30 years of imprisonment in total due to Kratom possession.

What Is The Reason Of Kratom Ban In Arkansas?

We have talked earlier that the primary reason for the Kratom ban was a research of a doctor who called Kratom an opium derivative.

Despite the common knowledge that the two substances belong to two different botanical families, the law-makers Arkansas have ignored this vital fact.

According to the director of the 12th and 21st District Drug Task Force in Sebastian and Crawford counties, Paul Smith, the legislation against Kratom was brought about after forensic experts conducted some tests on the botanical in the crime lab -similar to other banned drugs.

Further, he has said that they will also follow through other crime labs across the US to see what they have to say about Kratom.

The director is in complete support of the ban, and he has called these measures “a good guide for us to go by here in Arkansas.”

Howbeit, Smith has also realized the importance of Kratom. In his own words,
“People are attracted to the drug to overcome symptoms like vomiting and diarrhea that come from heavy opioid withdrawals.”

He further said, “It can be used to satiate or stop that kind of withdrawal that comes when they don’t have any kind of opioid pills to consume.”

Concerns by the FDA are also one of the reasons for the Kratom ban as the association has called Kratom medically unreliable to be used as a treatment of any medical illness.

They also have listed many potential side effects of the drug that can prove to be life-threatening even.

American Kratom Association has rejected all of these concerns as baseless, which it might be -seeing as how internal politics tend to get hold of many situations here.

Further, it might not be false to say that the misleading and inaccurate reporting by the news channels has only added to this wrongful propaganda.

What Is The Opinion Of Residents Of Arkansas Regarding Kratom Ban?

It can be said without a doubt that people are suffering tremendously because of the Kratom ban in the state.

Unfortunately, people have to go through the fear of turning criminals to acquire a drug that has seemed quite successful in improving their quality of life.

Connor, aged 20, is a resident of Arkansas, who is still fighting charges for keeping an almost empty bottle of Kratom in his car. He has been diagnosed with an anxiety disorder, and he opted to take Kratom as a medicinal drug when his usual prescription failed him.

It’s not the only case of citizens of Arkansas suffering at the hands of lawmakers. Ginny, aged 40, has also been robbed of her reprieve from chronic ailments like PTSD, fibromyalgia, migraine, and irritable bowel syndrome.

She used to take Kratom for her treatment until she transferred to Arkansas, where the beneficial botanical is wholly banned. We can imagine her immense pain through her own words,

“Trying to cope with little-to-no relief leaves me contemplating things like how much better off my kids would be if they had my life insurance instead of watching me in pain.”

According to the shop owner of Earthy Mist, a vape shop in Roland where many Kratom users from Arkansas buy the drug,

“They’ll come in, and they’ll be tired and groggy and all that, and there will be a lot of pain,” He further said. “They’ll come back a week or two later and say how great they’ve been feeling.”

Additionally, one of the testimonials by the Kratom users in Arkansas says that,
“Since beginning to take advantage of kratom, I have been able to quit taking all prescription drugs.”

Can Kratom Be Turned Legal In The Future In Arkansas?

Yes, of course. Laws are made for the good of the public, and they certainly have the power to change them through the right means.

Although it is not easy to overturn any legislature in a state, it is by no means impossible. Currently, American Kratom Association and activists are fighting battles to lift the ban on Kratom in Arkansas.

Several social media pages and petitions are asking for support to raise their voices on a larger scale.

Further, they need your voice to merge with theirs to make this movement worthwhile. Not only will it shed a positive light on Kratom, but you will also be able to access Kratom legally without risking any prison time or fine.

To let your presence be known, get in contact with your representative to join forces in this fight for Kratom. You can also go through Kratom Advocacy Toolkit to get any novel ideas that might be of any help.

What Can We Do To Make Kratom Legal In Arkansas?

First and foremost, you have to act responsibly. It means, abiding by the laws wholly and avoiding any situations that can land Kratom with a bad reputation.

Government bodies and lawmakers are already onto banning Kratom nationwide, and doing anything illegal regarding Kratom would only be like putting oil into the fire.

Additionally, we must realize that false propaganda and misleading information are the main reasons to push a ban on Kratom. We need proper advocacy and educational efforts to alleviate such misconceptions.

Further, we also need to urge the government to conduct more scientific research on the mechanism of action and unknown drug reactions of Kratom with other substances.

You can learn more about Kratom here.

Educate yourself and others!

Where To Buy Kratom In Arkansas?

For now, Kratom is listed as a controlled substance in Arkansas. It means that it is illegal to buy the drug in the state boundaries. If you do, there will be some unfortunate consequences for sure.

It will not only hurt your legal situation, but the harsh repercussions you might face would be not worth the effort to try to get it illegally at all.

Moreover, if you still try to acquire Kratom through unsavoury methods, it can lead to a bad reputation for the drug. It might also lead to a ban on the federal level and rob other people of comfort, too, that only Kratom can provide.

One thing that can be done is to get the drug across the western border of the state leading to Oklahoma -where it is not being regulated currently. Lawmakers have tried to push the Kratom ban even here.

However, any law making the trade of Kratom illegal in Oklahoma hasn’t yet been passed. Though, we strongly urge you not to keep any amount of Kratom on your person, while driving back to Arkansas.

We advise you to act responsibly and try to raise your voice against the Kratom ban with relevant authorities.

Kratom is banned in Arkansas at the moment, and it doesn’t seem to get legal anytime soon. However, that doesn’t mean that you can stop your efforts.

Keep struggling and raise your voice against the Kratom ban so that authorities know that people are out there suffering because of the Kratom ban in Arkansas.