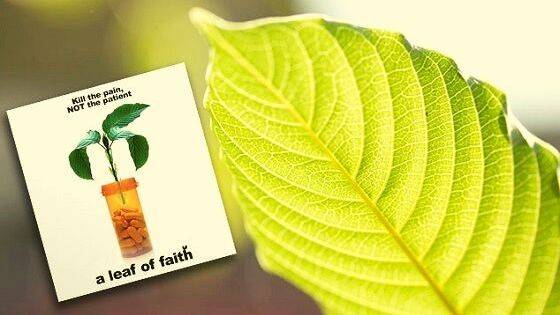 A leaf of faith is created by filmmaker Chris Bell who is also known for producing other documentaries that he has worked on in the past named “Bigger, stronger, faster”, “ Trophy kids” and “Prescription Thugs”.

Bell has been specifically interested in the area of drug and steroid abuse due to his personal experience with these things. He raised a topic of very significant relevance with a great need of being addressed as opioids alone are responsible for the death of nearly 30,000 Americans every year. A leaf of faith focuses on opium addiction and a potential cure for this problem.

Kratom (Mitragyna speciosa) is obtained from trees usually found in Southeast Asia. It has been consumed for hundreds of years now in different forms to relieve chronic pain.

As the producer himself struggled with opium addiction and had been in rehab a few times, in this documentary, he takes the viewers through his journey of discovering this potential solution to the problem and finding more about it through research and interviews.

This includes opinions of both, people who are in favour of it and the ones against it.

Bell has done a great job providing the viewers with enough content on Kratom to have their take on the risks and benefits of it while it is still a focus of research in the US.

The documentary starts with the producer introducing himself and sharing the details about his past career and how he still struggles with constant pain due to this.

It’s not just him but his family as well, as his brothers also are in the same profession as he used to be and his father has undergone surgeries that require him to stay on painkillers to relieve the pain they caused.

Bell interviewed several people, including Kratom users and researcher who have been studying this plant for medicinal and other purposes.

This plant belongs to the coffee family, and about 40 alkaloids found in it.

The two main Kratom alkaloids are mitragynine and 7-hydroxy mitragynine responsible for the effects of Kratom. These alkaloids affect the opioid receptors in our body.

The users of Kratom noticed a significant relief in the pain they had been struggling with. After interviewing people who had been using Kratom, it was concluded that Kratom not only relieves pain but also shows a significant lift in a person’s mood, lowers blood pressure, reduces anxiety and prevents diabetes.

But surprisingly, these conclusions aren’t derived by the FDA but mere researchers who had been studying it.

Kratom is not FDA approved yet, but instead, the DEA wanted it banned. According to them, Kratom has a component called mitragynine that is known to be addictive and is considered an alternative to heroin or opium and can be equally dangerous.

Bell also interviewed a woman who claimed that her son committed suicide because of the use of Kratom as elevated levels of mitragynine found in her son’s blood at the time of death.

Along with that, 15 deaths were reported, and all of those people had been using Kratom making this the most controversial natural supplement which leads to the DEA wanting it banned in the US.

But, upon investigation, it was found that the people who had died using Kratom were also on other prescription drugs at the same time, which made it a kind of a grey area.

However, no deaths reported for the people who have only been using Kratom alone for medicinal purposes, and most of them only have good things to say about this product.

Kratom: A Blessing or A Threat?

Opium addiction has crossed limits and has gotten to a very crucial point where no more chances can be taken when it comes to this. When it’s about drugs or supplements, there is always going to be a certain risk to benefit ratio.

According to this documentary, Kratom does not seem to be the ideal supplement or a drug, but it seems to have potential. It gives us hope that there could be potential freedom from deadly addictions of opium or heroin. People who suffer from chronic pain do not have a choice but to accept one of these options.

It’s not easy to live with pain. But making it completely legal is still risky in the United States at this point since this is still very new. A lot of research is yet being done on Kratom. But it is also being manufactured and consumed at the same time by the people who claim that it’s no more addictive than a pure coffee.

Turning Kratom into a drug is not something that could happen shortly as that part takes years of testing and approvals. But to consume Kratom to relieve pain, it needs to be a drug approved by the FDA. Otherwise, it can be consumed as a supplement for people who take it to lift their moods and other benefits it provides. So at this point, it is a very crucial topic which needs more studying and research and a proper system working on it.

Regardless of all this, Kratom has a lot of supporters all over the world and in the United States.

So much that upon hearing the news of it getting banned, people came out on the roads protesting against this decision.

They have shared their stories about how this has helped them during their opium addiction withdrawals and among these veterans were also included.

Most veterans suffer from chronic pain and PTSD due to their experiences that make their lives miserable. One of those veterans was also interviewed, and he shared his struggle during the protest against the ban.

He told Ben how using this product made him better not just physically but helped him mentally as well.

Bell is in favour of this product as it even helped him in his struggle with pain, and he would want to see it get discovered in greater depth. This could really be a good alternative.

The research on this so far and the experiences of the users proves that there are more upsides of this product than the risks.

A doctor that was initially interviewed in the documentary says that he consumed Kratom in different amounts himself to understand it affects better, and the only side effect he experienced was constipation.

The executive director of botanical education who deals with import and export of herbal supplements like Kratom, says that its overdose cannot possibly kill anyone. Anybody who consumes it more than the supposed amount would feel a little more ”excited” according to him, making Kratom potentially safe to consume by people.

Our Take On The Documentary

Both the positive and negative sides of Kratom are discussed in this documentary with no bias whatsoever. It seems to have a lot of potentials and some hope for the future. It needs to be understood that there are going to be a few downsides to everything.

What we need to see is if those downsides are worth completely eradicating this product and continuing with something that is proven to be deadly. I think not.

Bell has done a tremendous job interviewing people who had good stories to tell about this product. Many who worked and spoke against it as they also had some very valid points.

The documentary is very well filmed. Everything including the interviews, the research carried out, and its results and the scientific pieces of evidence given are explained in such an easy way, making it understandable for any audience. It also included animation with an explanation of the mechanisms it involved at intervals for a better understanding of how it works and what it is all about.

Bell was successful in delivering the right information on Kratom. His points in this documentary are easy to understand for those who are considering using it.

Bell has compiled all of the information about Kratom at one platform with proper explanations and evidence altogether in one documentary.

It wouldn’t be smart to ban and eradicate this product for its potential risks and continuing with something that we know is very harmful and is causing many deaths only in the United States let alone the world.

This deserves more studying so we can incorporate and normalize it in the lives of the people who are currently using the deadly painkillers. And who knows, maybe in a few years, this can be turned into a proper FDA approved the drug if it passes all the testing.

It could be costly and would require a lot of time, but the evidence says that Kratom shows promise and could be of good use. 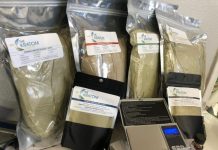 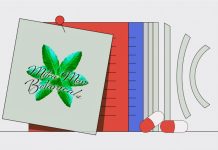 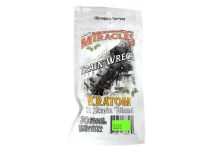 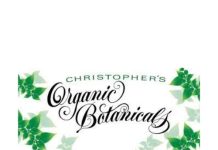 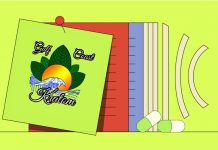